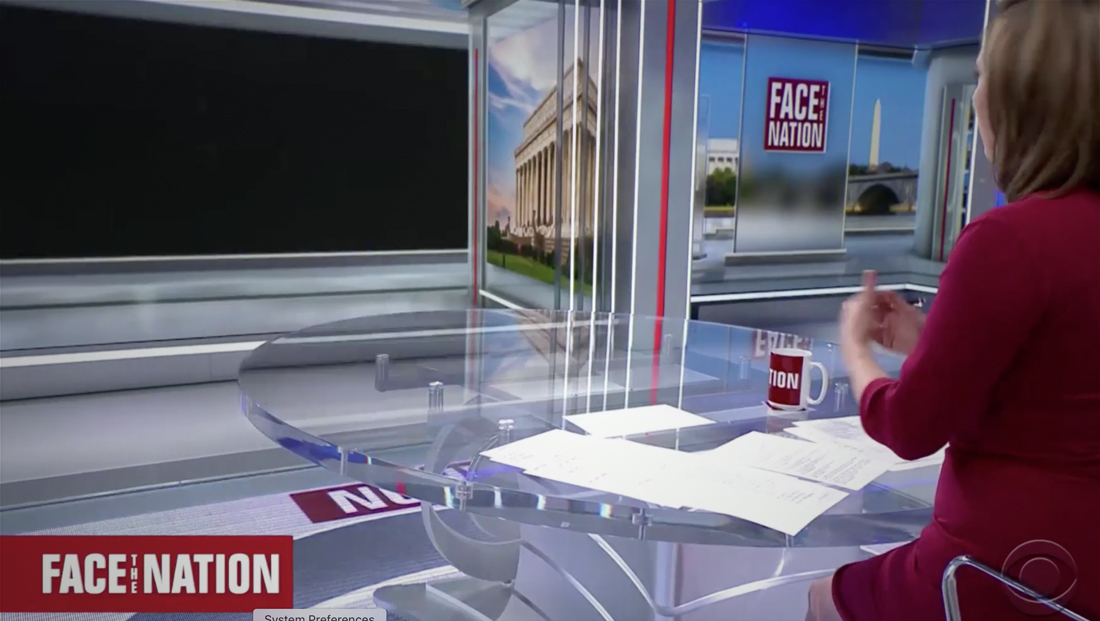 The first sing that something might be awry started when Rep. Adam Schiff, who joined the show remotely from California, began fidgeting with his IFB.

Itt’s not clear if Schiff was getting audio feedback as a sort of precursor to the audio issues that were to come or it was simply slipping from his ear.

At one point a cross shot of Brennan at the desk and Schiff’s image digitally inserted onto the video wall graphic had a visual failure — Schiff’s image was briefly replaced with black.

At the end of the segment, Brennan awkwardly acknowledged the technical issues and “blamed’ them on the new set.

“That’s gonna happen with a new set,” she said with a shrug, noticeably annoyed.

She then tossed to break saying, “Um, our CBS News coverage of the impeachment hearings will continue on this network tomorrow as well. We’ll be back in a moment. Tomorrow you should tune in to see Norah (pause) O’Donnell, uh, cover the hearings you just heard chairman Schiff describe.”

“Face the Nation” also had issues with its camera shots on the broadcast — including some shots that appeared to have issues with either the jib or handheld camera running into the set or other cameras or unsteady robotic moves.

There were also reports that, in some versions of the show, the video dropped out entirely and was replaced with a CBS slate.