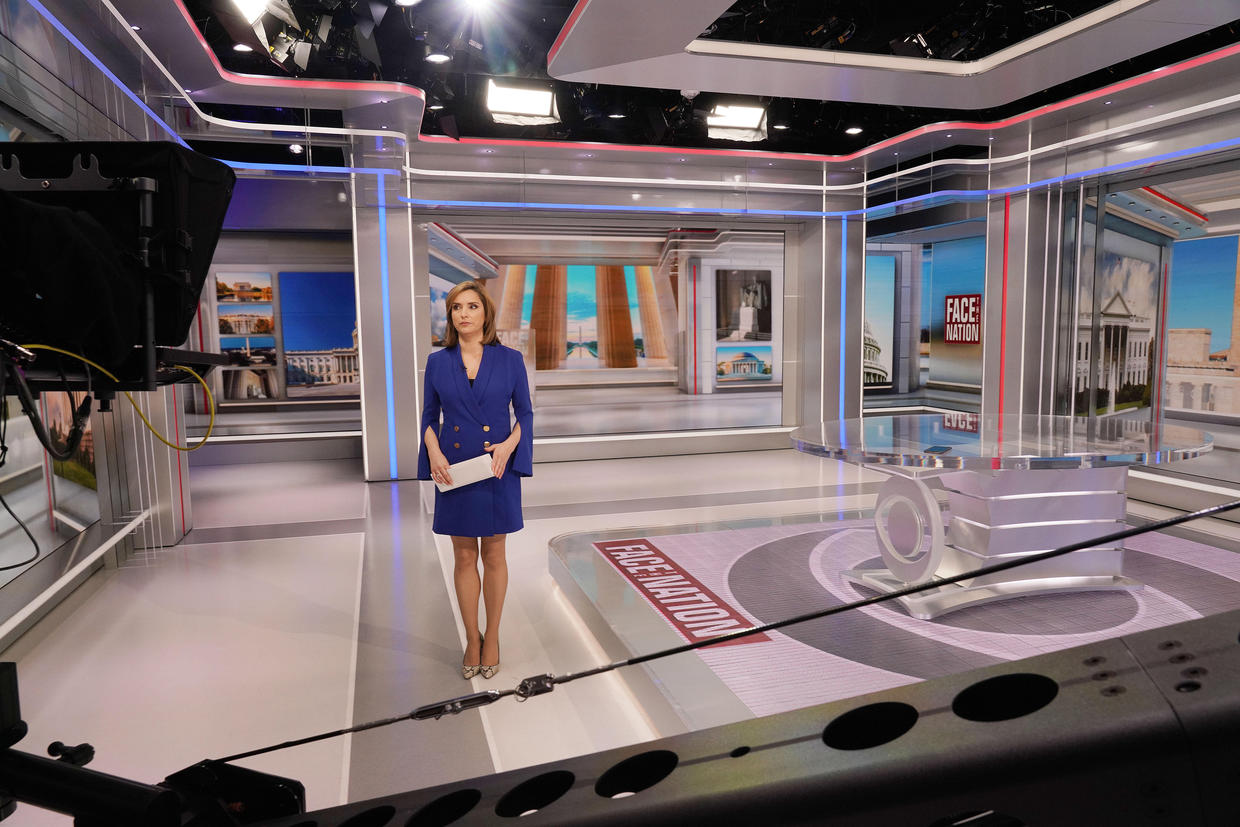 CBS’s Sunday public affairs program “Face the Nation” will debut from the set the network built for “CBS Evening News” in its Washington, D.C. bureau on Dec. 8, 2019.

In two photos posted to the show’s social media, staffers are shown on the set for rehearsals and other prep work.

In the images, the edge lit glass and header elements are colored in red, white and blue, while the video walls are used to showcase backgrounds that are a blend of virtual set extensions and D.C. imagery. 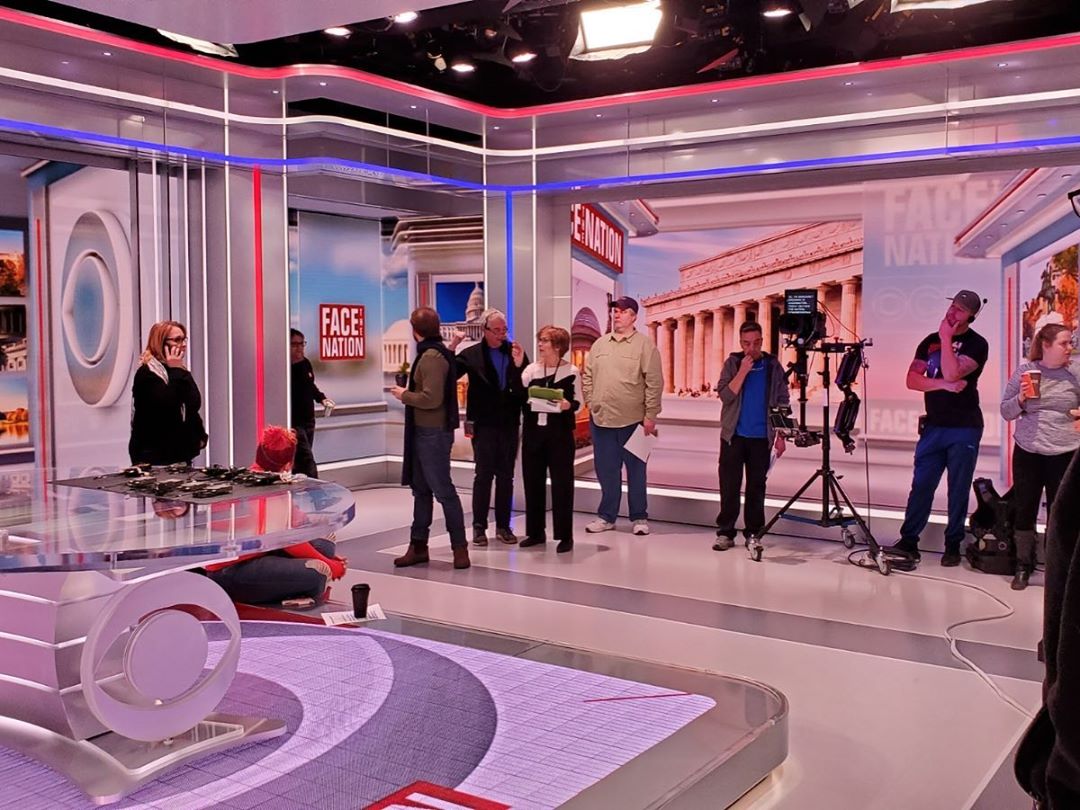 For example, the video wall graphics include “walls” that mirror the real set and sport the CBS eye and show logos on the virtual walls and headers.

These virtual walls also showcase imagery of Washington landmarks as well as providing wider views of them. Simulated frosted panels adorned with logos will also be included behind host Margaret Brennan and the in-studio guests.

The show will use same anchor desk as Norah O’Donnell does for “Evening,” which uses the LED floor tiles to showcase an oversized CBS eye logo and the show’s logo.

The desk was designed to seat up to four guests and a moderator or anchor.

The set was originally designed to use one of the video walls along one of the shorter sides of the studio, but CBS changed things up during early rehearsals, according to a NewscastStudio source.

“Face the Nation” is moving onto its second new set in under two years.

When CBS moved its Washington bureau in 2018, the show moved along with it from a brand new set that debuted that May.

Similar to the new studio, this set included multiple video walls as backgrounds and a ceiling element inspired by the visitor center in the U.S. Capitol.

In September of this year, “Face the Nation” moved out of the studio so construction could begin on the new set.

During the interim, shows originated from a broadcast booth set up on the roof of a local law firm with a real view of the Capitol.

“CBS Evening News” also used the temporary studio for broadcasts originating from Washington, including coverage of the impeachment hearings.

Because of the roundtable shooting style, the studio included strategically placed alcoves for cameras to capture various views of in studio guests seated around the table.

The design of the new studio features similar spaces — which is a common approach to designing roundtable style shows.