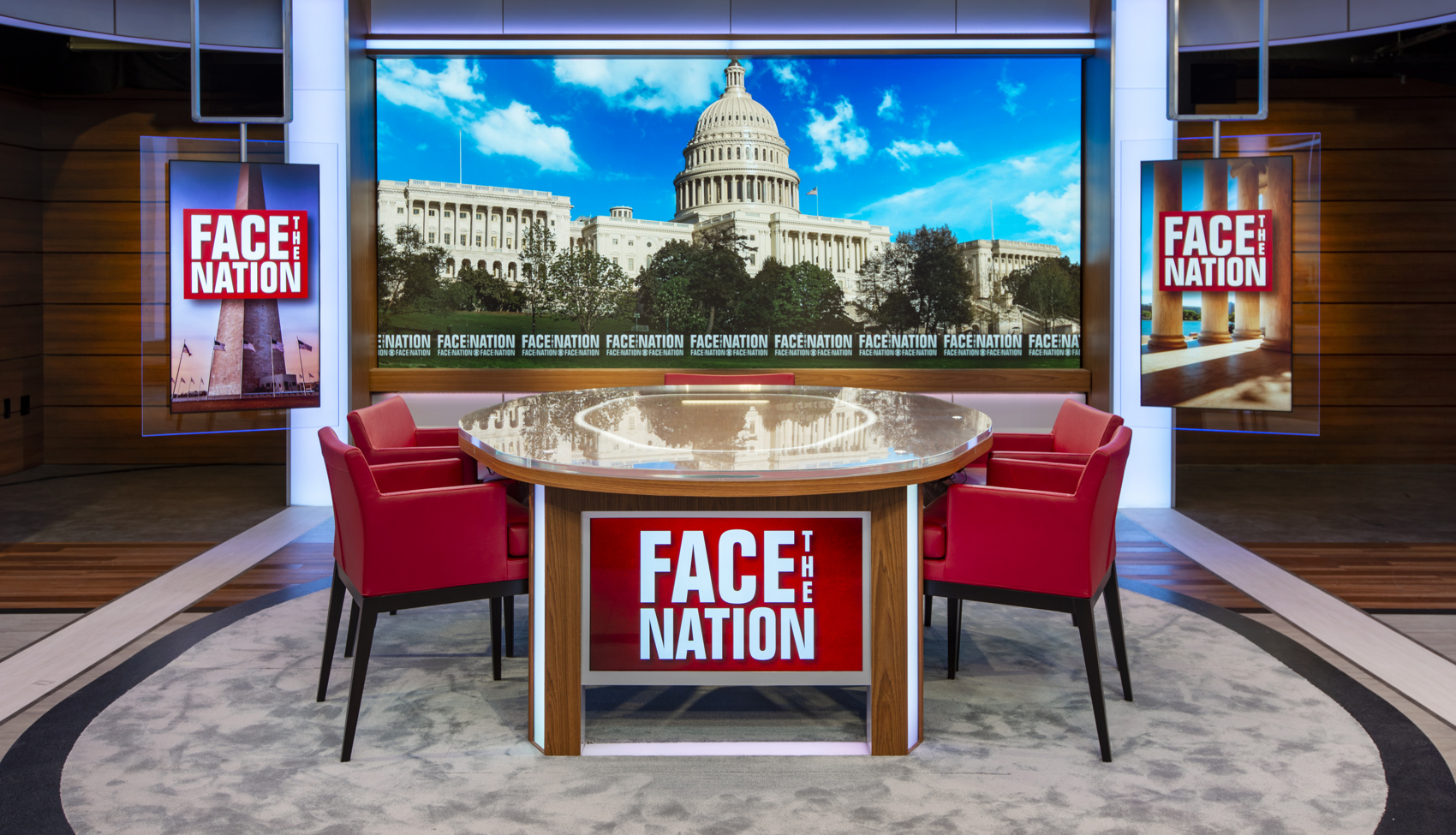 “Face the Nation,” the Sunday political show of CBS News, debuted a new studio in May 2018, part of a larger Washington Bureau investment.

The set, from Jack Morton Worldwide, debuted along with new theme music and motion graphics, giving the show a complete makeover for host Margaret Brennan, who began her tenure with elements from previous generations of the program.

We recently had a chance to speak with Jack Morton Worldwide’s Larry Hartman about the project.

What was the project background?

For the first time in over 50 years, “Face the Nation” has a new home, and it happens to be right next door.

How do Sunday talk shows differ in shooting style?

Building on the show’s bedrock foundation, the scenic design team at Jack Morton Worldwide strove to improve upon the successes of the previous [scenic] plan, while setting the show on a course for the future.

The design continues the existing layout of “shooting in the round”, where a central table has the host at the head and guests wrapped in a conversational manner. Cameras are cloaked in alcoves on the edges of the set to achieve their intimate shots. 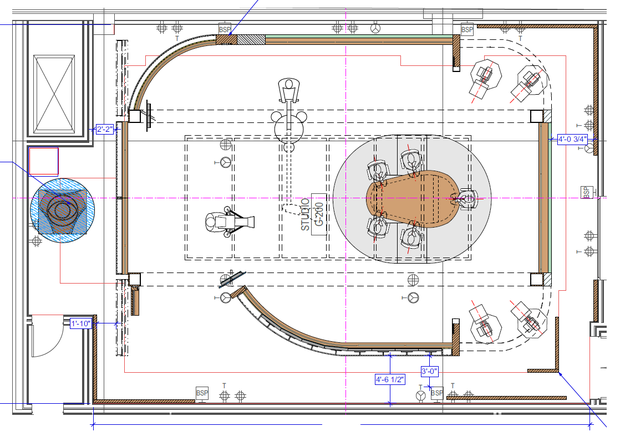 The design process was a collaborative one, with many conversations with the show’s producers and director to dissect the dynamics of the show in its former studio, and explore ways to push the new space for greater functionality.

The conceptual work began during the summer of 2016, at the height of the US presidential campaign. The process really picked up in the last year, with the completion of the building and the new studios.

Display technology was previously missing from “Face the Nation,” how did you work to include it with the update?

The design team envisioned surrounding the primary discussion area with immersive displays, with high resolution LED walls on two sides and a band of seamless monitors on a third edge. 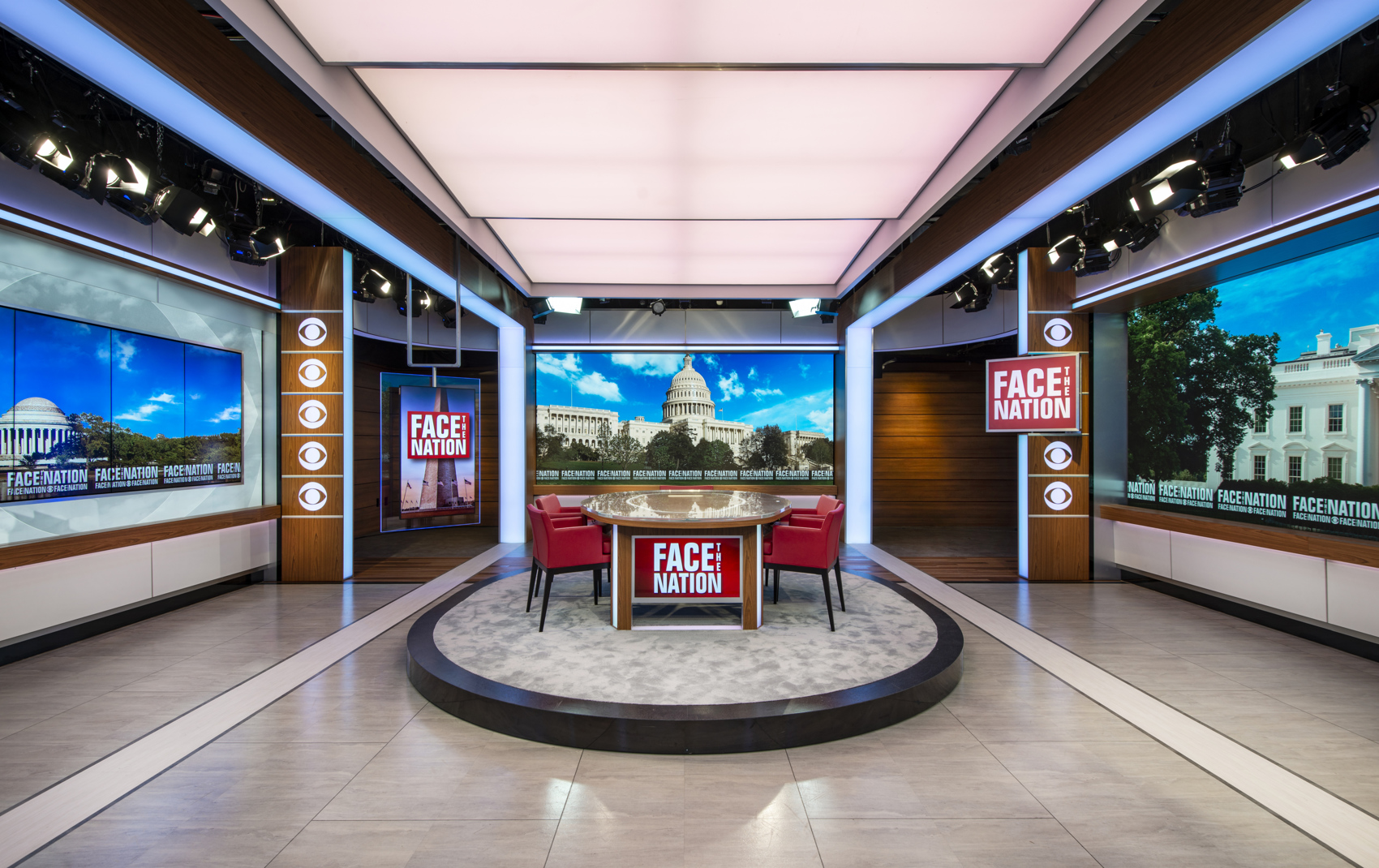 The set of “Face the Nation.” Photos by Dak Dillon/NewscastStudio.

This has allowed for a much more flexible space, that can instantly react to the editorial topics being covered.

How did you connect the design language to Washington?

The vision is a modern interpretation of Washington’s neoclassical architecture, with glowing light boxes and digital displays alongside rich, marble floors and sandstone walls. The glass ceiling of the U.S. Capitol Visitor Center inspired the illuminated skylight floating over the main anchor position.

How was flexibility built into the design? 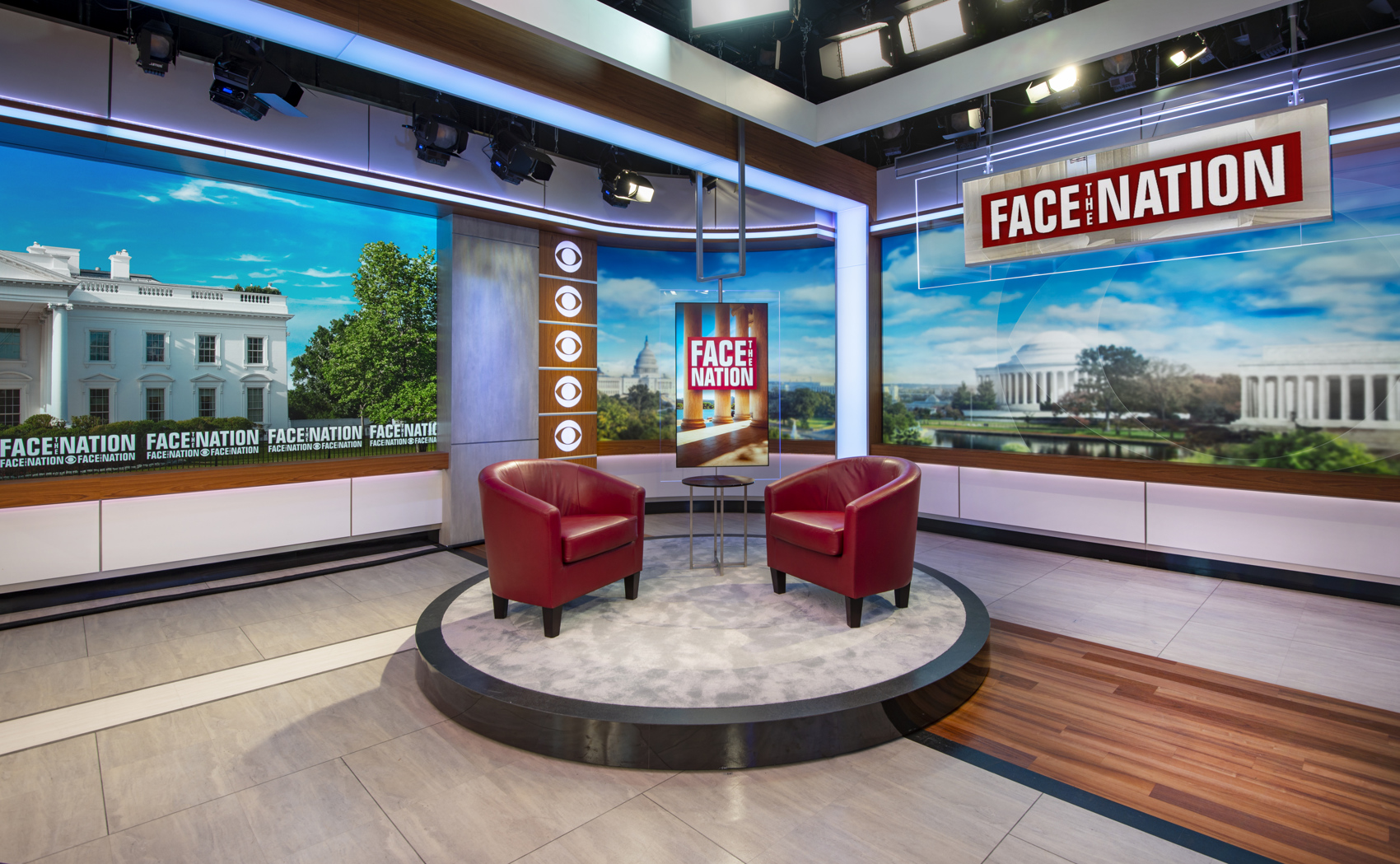 And a great benefit of the new design is that its flexible nature allows other CBS News programs like “CBS This Morning” and the “CBS Evening News” to easily find a DC-based home with their own tailored look whenever the news brings their shows to Washington.