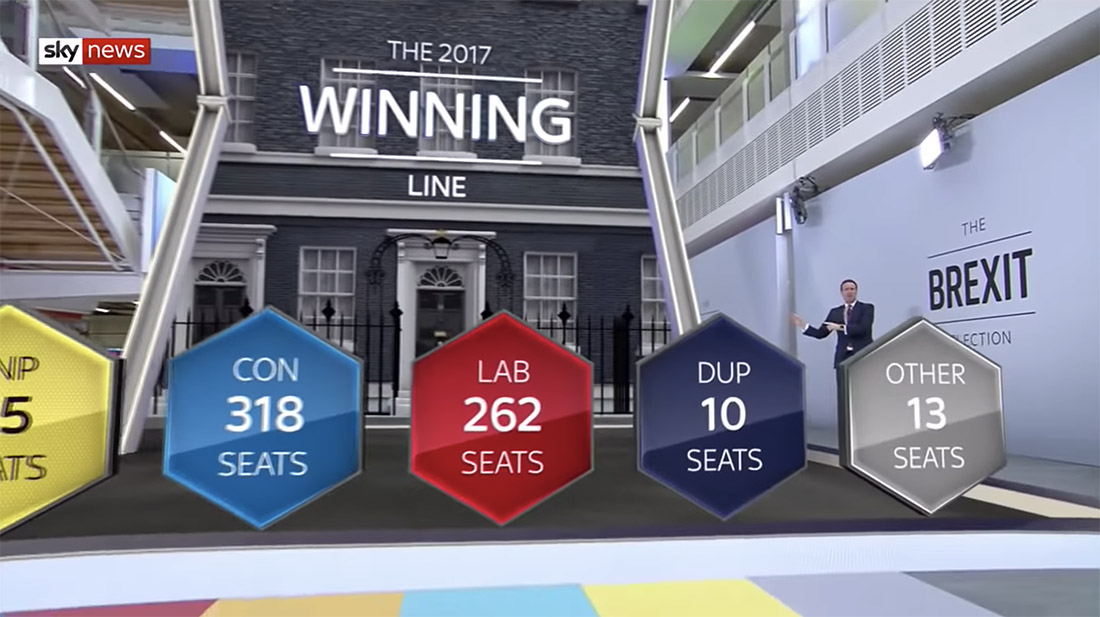 Sky News has borrowed the atrium of its headquarters for its 2019 United Kingdom general election coverage, using life-sized augmented reality graphics and a bevy of tools to help enhance storytelling.

The Sky Central building in Osterley, West London, opened in 2016 and includes the Sky New’s ‘glass box’ studio, where most news programming originates.

A ceiling-mounted Spidercam has been installed running through the atrium, passing Studio 21 and the neighboring primary election set, ending in the augmented reality area.

Along the floor, colored vinyl has been applied as part of a larger “race to Downing Street” graphic that culminates in the augmented reality space with a virtual #10 Downing Street, the residence of the Prime Minister in the U.K. 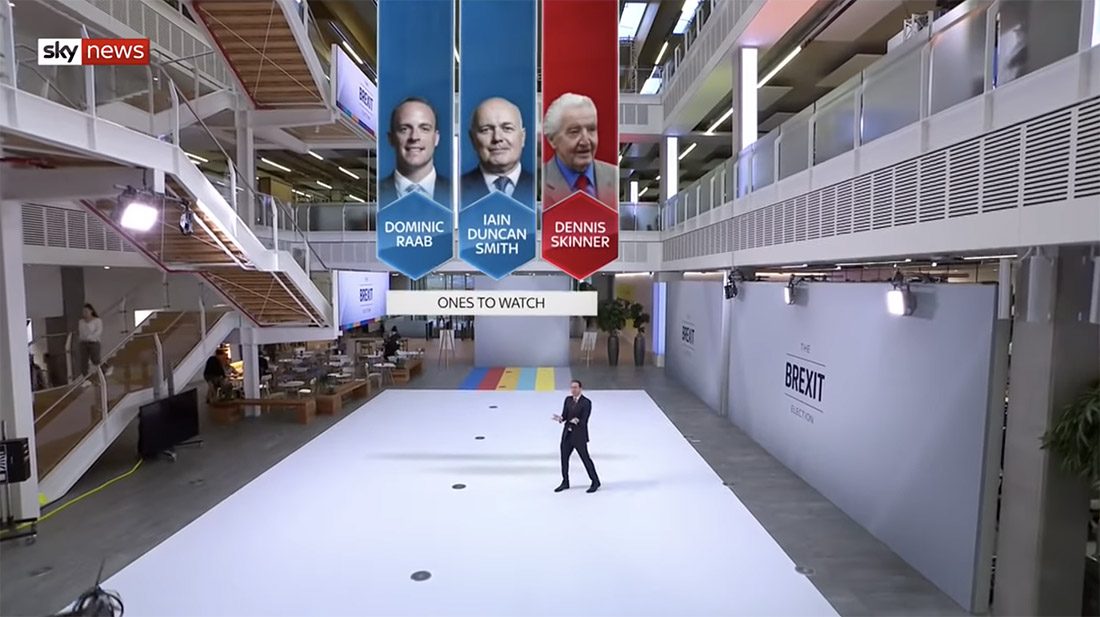 Virtual banners are also used in this area to breakdown individual candidates and results from the election.

Jago Design worked with Sky News on the overall scenic design while Sky’s Innovation Team, part of Sky Creative Agency, worked on the unique AR which is powered by Vizrt and the Viz Engine.

Camera tracking is provided by Mo-Sys with a StarTracker on a pedestal and on a TechnoCrane 22 encoded by Mo-Sys.