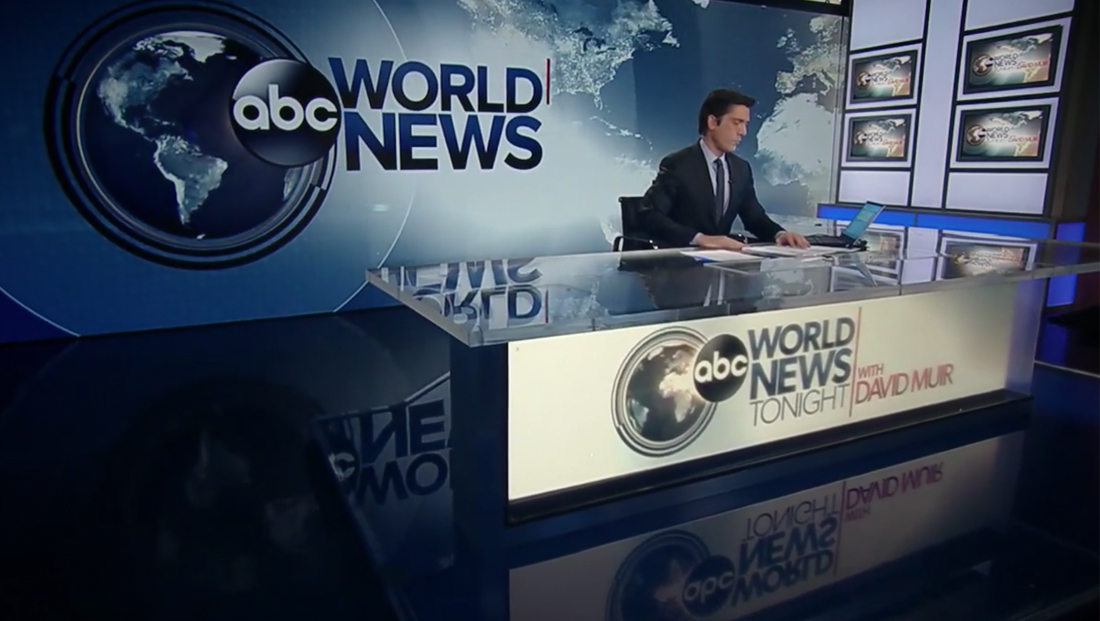 “ABC World News Tonight” and “World News Now,” have continued to make small tweaks to the studio it shares as sources say the network is readying a revamped studio.

After introducing a new anchor desk in November, the studio was also updated again Dec. 17, 2019.

The changes are a bit subtle — the large seamless video wall behind the anchor desk, which “World News Now” started using to simulate its old newsroom background in November as well, is now flat, rather than the curved one the network installed in July 2018.

“World News Now” also had its anchors start sitting on the arm of the “L” shaped anchor desk that “World News Tonight” anchor David Muir typically uses so that they could be placed in front of the primary video wall (again, like Muir).

In many ways the “new” video wall appears to be more like the temporary one the network set up in early July 2018, apparently to cover up the installation work on the curved version.

ABC is also shooting the wide shot at the tail end of the “Tonight” open tighter, making it difficult to see what might be happening. 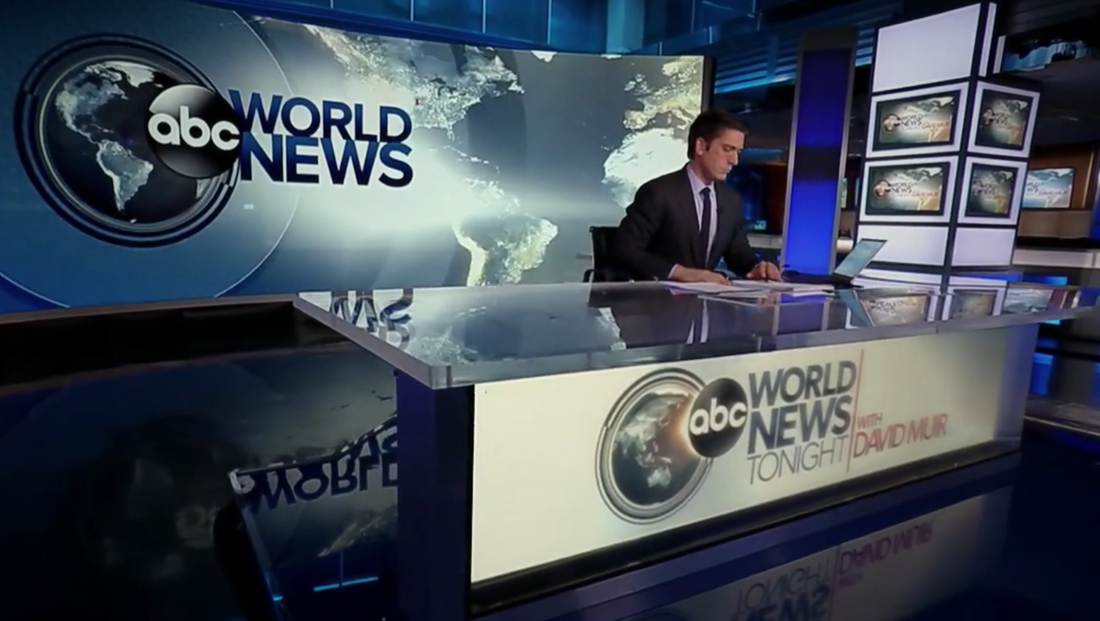 The new view shows that the workspaces camera right have been obscured, if not removed, and have replaced with backlit panels with monitors on top of an internally lit credenza element.

A similar look was found on the old set’s squared off columns and walls.

The vertical lightboxes that stood between the video wall and columns are gone as well. 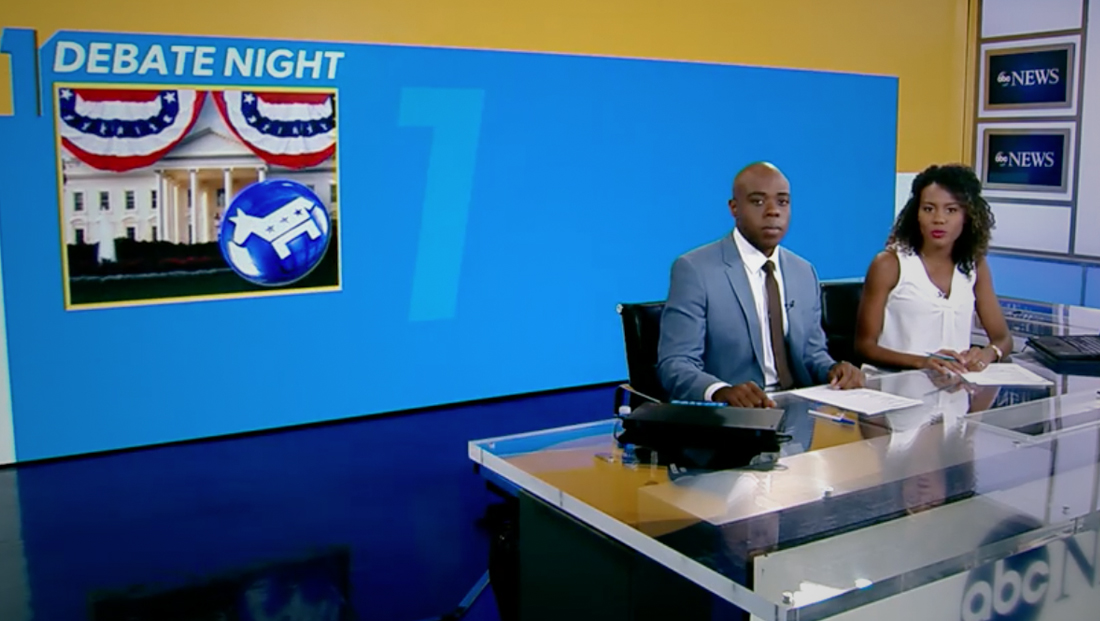 On this broadcast, the video wall typically displays a looped view of the workspace, nearly identical to the one the broadcast has been using behind the anchors since shifting the desk — creating a bit of an odd dichotomy of “double” simulation of the same, presumably now removed, scenery.

ABC News did not respond to request for comment, but an industry source has confirmed to NewscastStudio that a set update is in the works behind the scenes, though the extent of it is not immediately clear.

On air talent have also mentioned that changes are in the works.

Earlier this year, ABC rolled out a surprise redo of its “Good Morning America” studio in Times Square.

At the time, the only clue that something might be going on in the studio was that, the Friday before “GMA” debuted its new set, the show originated entirely from the second floor, which had been completely overhauled in 2016.

In July 2018, ABC parent Disney announced it had sold its Upper West Side campus but would lease it back for five years while a new headquarters was built in the new Hudson Square (not to be confused with CNN headquarters’ development Hudson Yards).

Once 4 Hudson Square is ready, ABC and Disney  is expected to move most of its New York operations to that building — including “World News Tonight” and flagship O&O WABC.

With any move being at least several years away, it still makes sense to invest in updates at Lincoln Square — especially as “World News Tonight” and “NBC Nightly News” continue to battle in the ratings.

The entire set (or parts of it) could also conceivably be moved to Hudson Square in a few years — though the network could also opt to build a completely new set with new LED that matches technology improvements between now and then and to reflect any set design trend shifts.