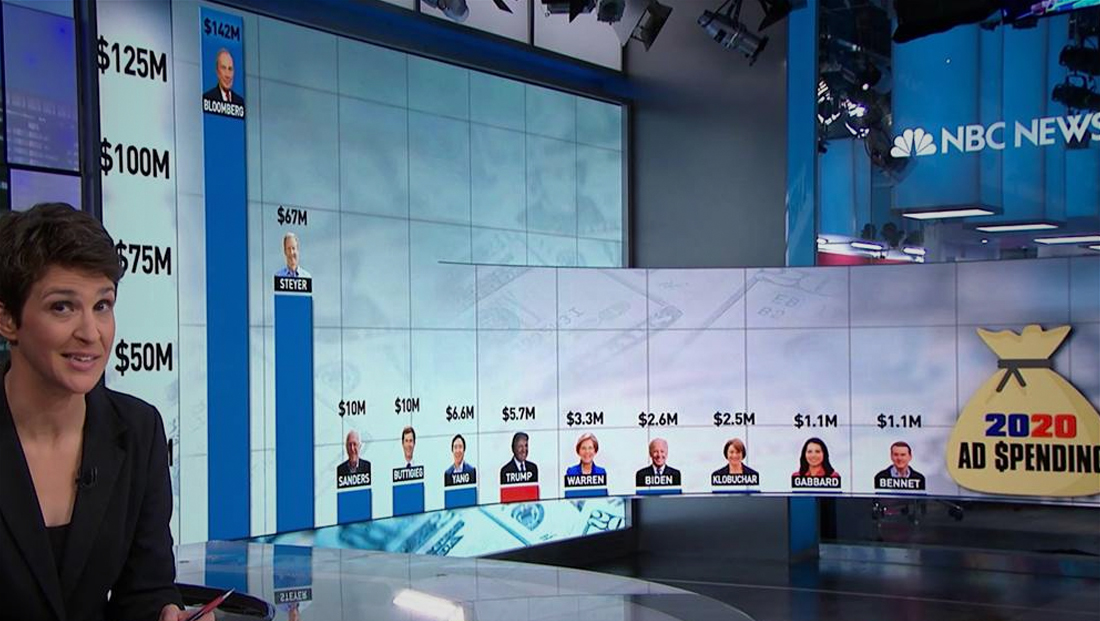 Starting with the lower spenders, the segment showed them at a different scale initially — but then made the point that it had to change the scale to just fit top spenders on it.

The lower spenders conveniently spread across the flat portion of the LED and then onto the curved ribbon portion — which gave quite a visual comparison of the spending between candidates.

To help create the look of a bar chart, MSNBC helpfully added grid lines as well that came across looking a bit like reveal lines of panels, but to clarify this LED array is seamless.

Donald Trump was also included in about the middle.