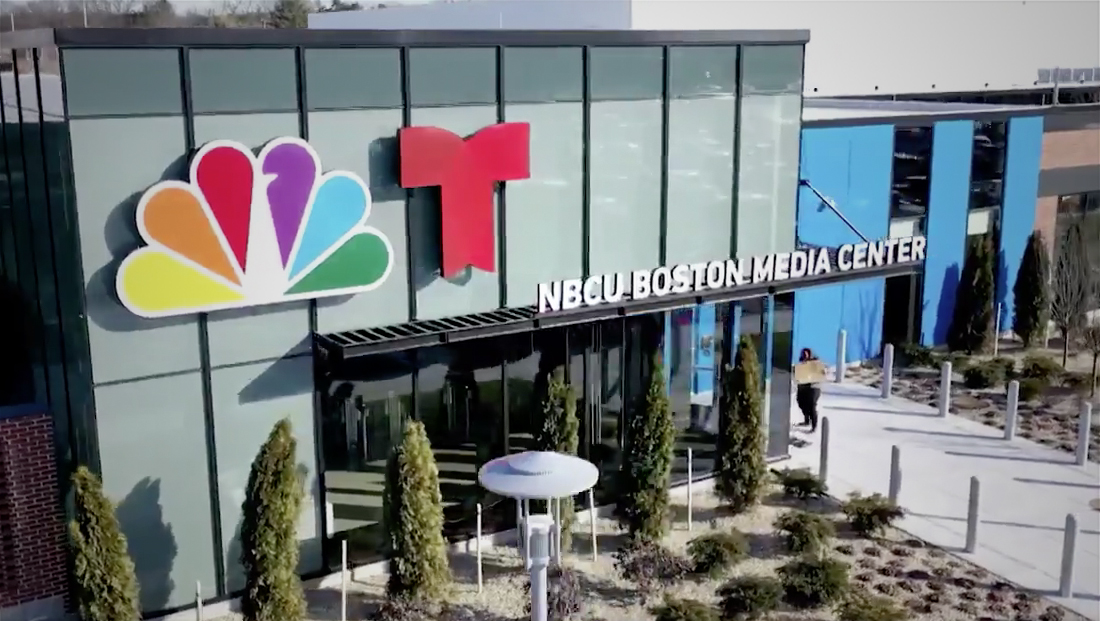 NBCUniversal has opened its new Boston facility that combines the operations of its owned NBC and Telemundo TV stations, cable news channel and regional sports network.

Inside are the studios, offices and production facilities for WBTS, NBC’s owned station known as “NBC 10 Boston,” WNEU, the NBCU owned Telemundo affiliate that brands as “Telemundo Nueva Inglaterra” and 24 hour cable network NECN, as well as NBC Sports Boston and all of the associated digital operations.

The building is 160,000 square feet and boasts six studios and sprawling newsroom across the Charles River from the old WBTS, WNEU and NECN facility.

The move represents the combination of NBCU’s Boston area operations, which had been scattered around the metro area and operating out of shared studios.

Previously, WBTS broadcast from the old NECN studio since debuting as an NBC O&O in January 2017.

NBC’s regional sports network, meanwhile, operated out of a separate facility in Burlington.

Now, all of these properties are operating out of the shared, state of the art facility.