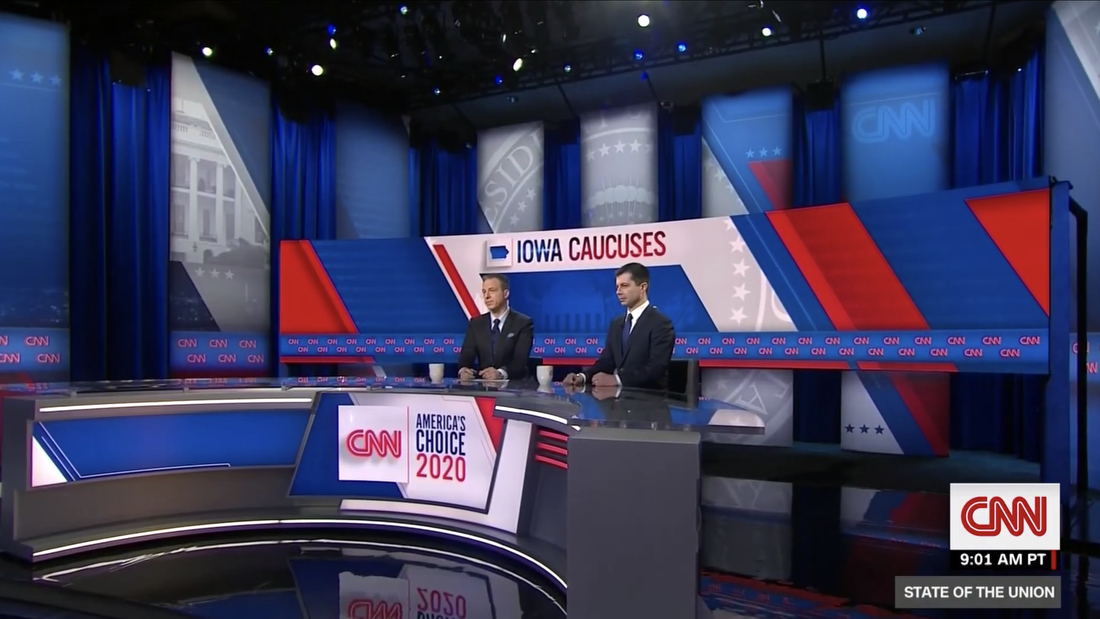 CNN’s “State of the Union” and “Inside Politics,” like Sunday counterpart “Meet the Press,” visited Des Moines on Sunday, Feb. 2, 2020, broadcasting from the campus of Drake University ahead of the Iowa caucuses.

Mixing part of CNN’s debate stage from earlier in January with the network’s traveling election desk, the set was able to accommodate a variety of panels and interviews from inside Sheslow Auditorium.

Wrapping the stage were large-scale, vertical printed graphics echoing CNN’s election branding with an LED background directly behind the desk, while the floor decals and riser from the debate remained. 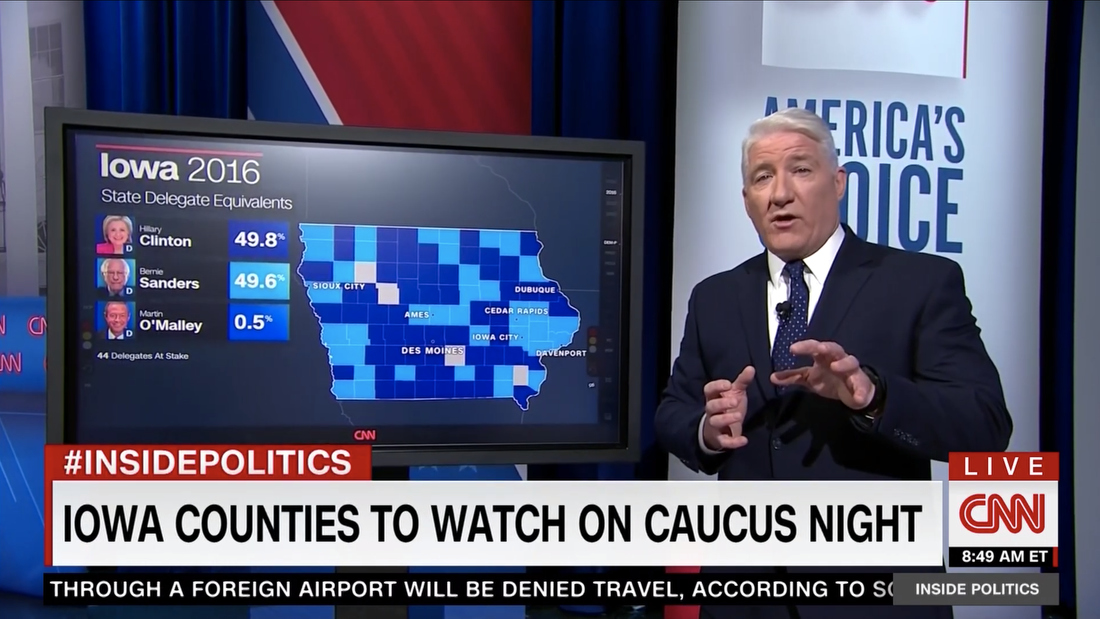 John King’s “magic wall” touchscreen also made an appearance on “Inside Politics.”

Along with Jake Tapper and King’s hours, the setup was also used by “CNN Newsroom” with live hits from John Berman.