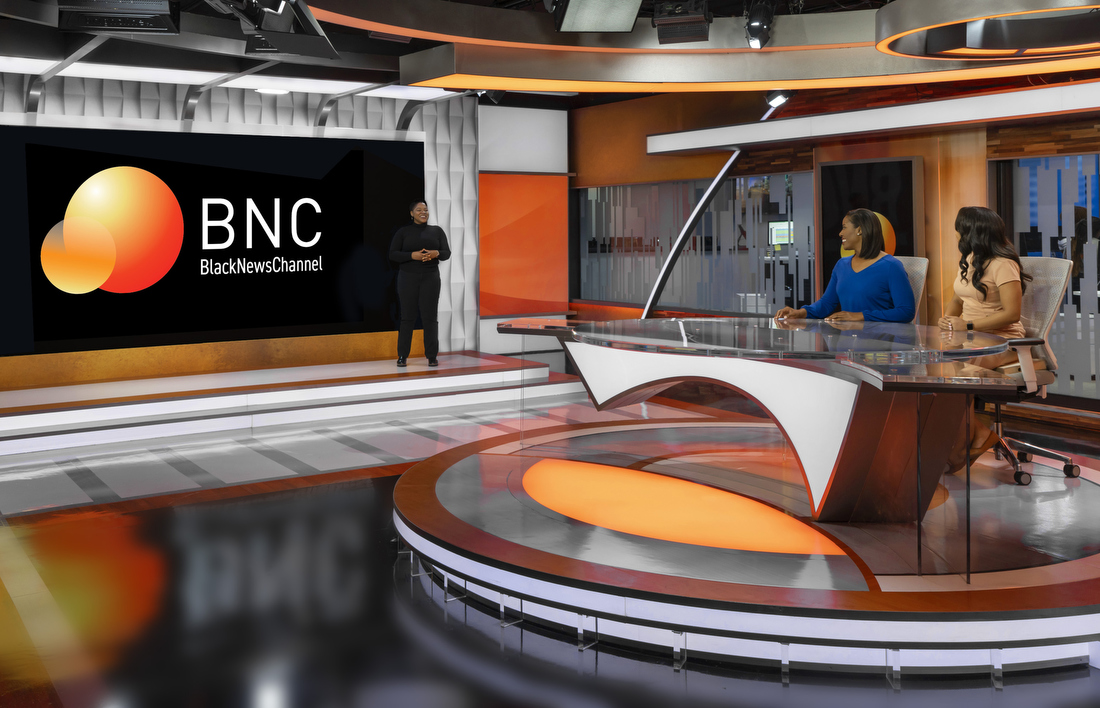 The Black News Channel, the first news network created “by people of color for people of color,” officially launched this week from its new Florida broadcast facility.

The network’s primary studio in Tallahassee provides a home for a variety of programming with scenic design from Devlin Design Group.

“The set facilitates an intimate conversation between us and our viewers. We can use the variety of performance areas to do a deep dive into stories that reach and engage our urban audience. The design reflects BNC’s commitment to serve the African American community,” said Gary Wordlaw of the Black News Channel. 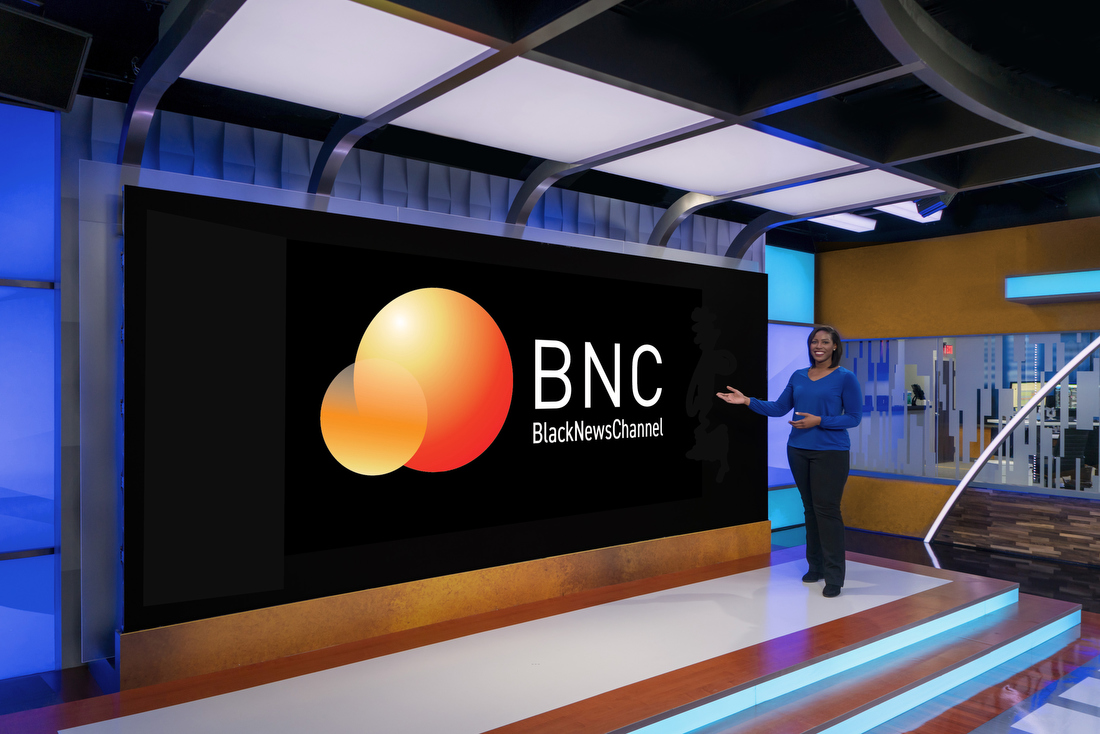 DDG notes the design came together after close collaboration with the network, with multiple performance areas in the main studio, a camera-ready newsroom and virtual environments to extend programming ability.

“Capturing the culturally unique spirit of BNC was the inspiration in creating the flexible contemporary scenic storytelling environment and virtual sets. The team at BNC wanted something different that would relate to their audience and programming… not traditional news sets. We were excited for the opportunity to rise to the challenge,” said Kartik Dakshinamoorthy of DDG. 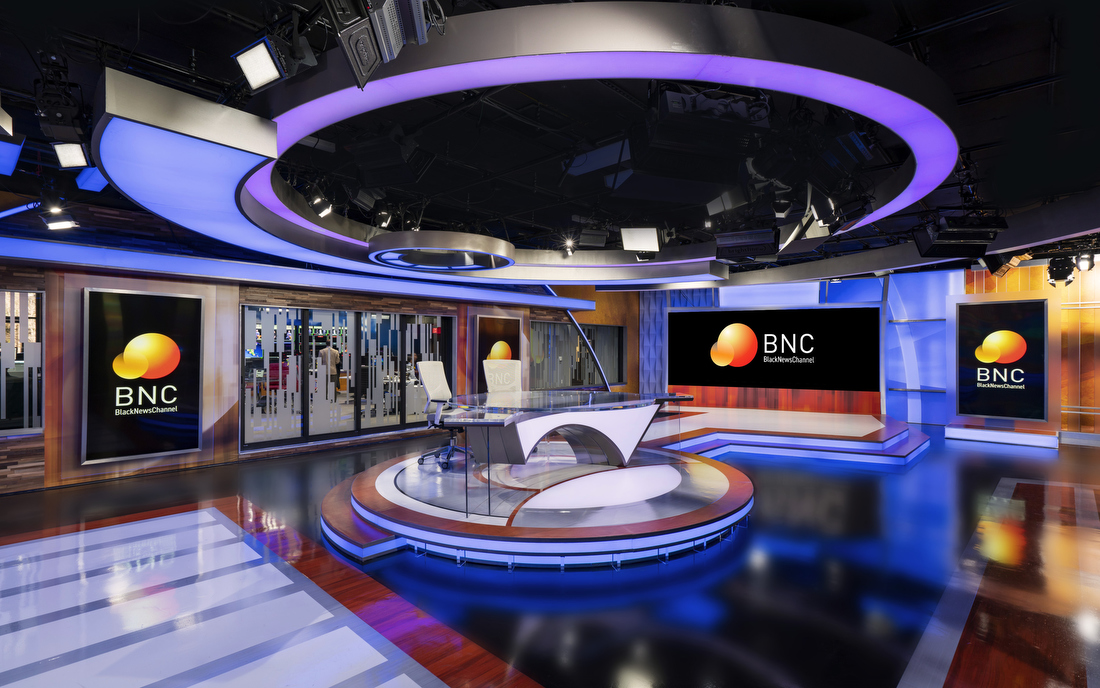 Inside the studio, a stylized, floating-crescent anchor desk is positioned to allow for a variety of shots with the newsroom providing the primary background. DDG notes the desks design reflects the “notion of transparency in news” via its curved plexiglass base.

Two 85″ Sony Bravia monitors flank the desk and allow for over-the-shoulder shots while multiple floating headers are suspended above to connect the various presentation venues. 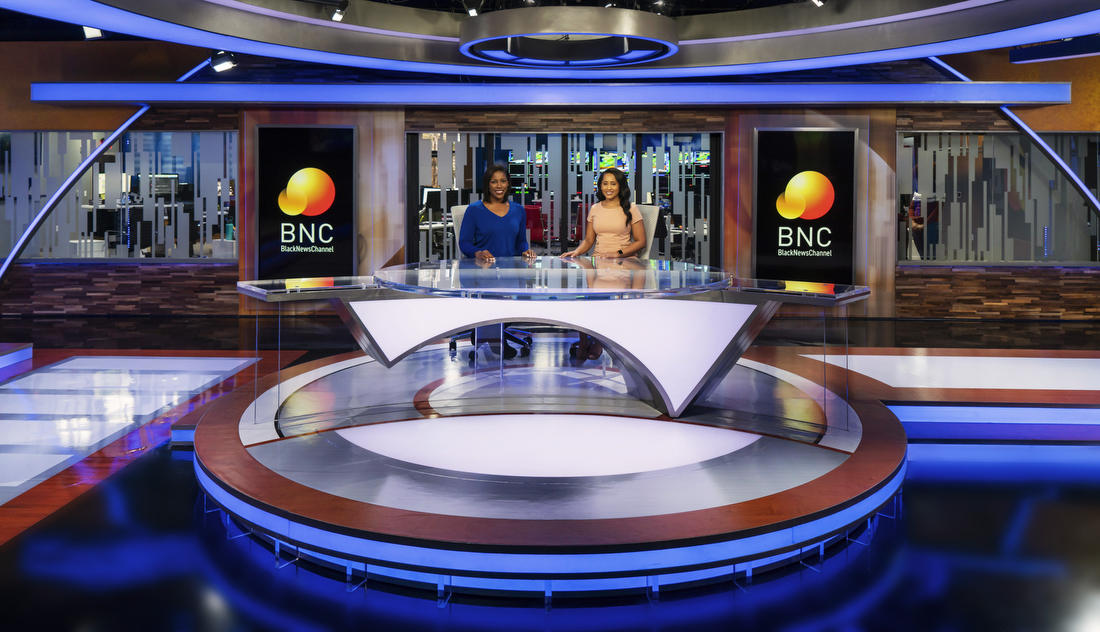 The set’s monitors are all driven via Vizrt’s Viz Multiplay system.

Inside the newsroom, three 85″ monitors provide additional opportunities for talent along with providing live feeds for staffers.