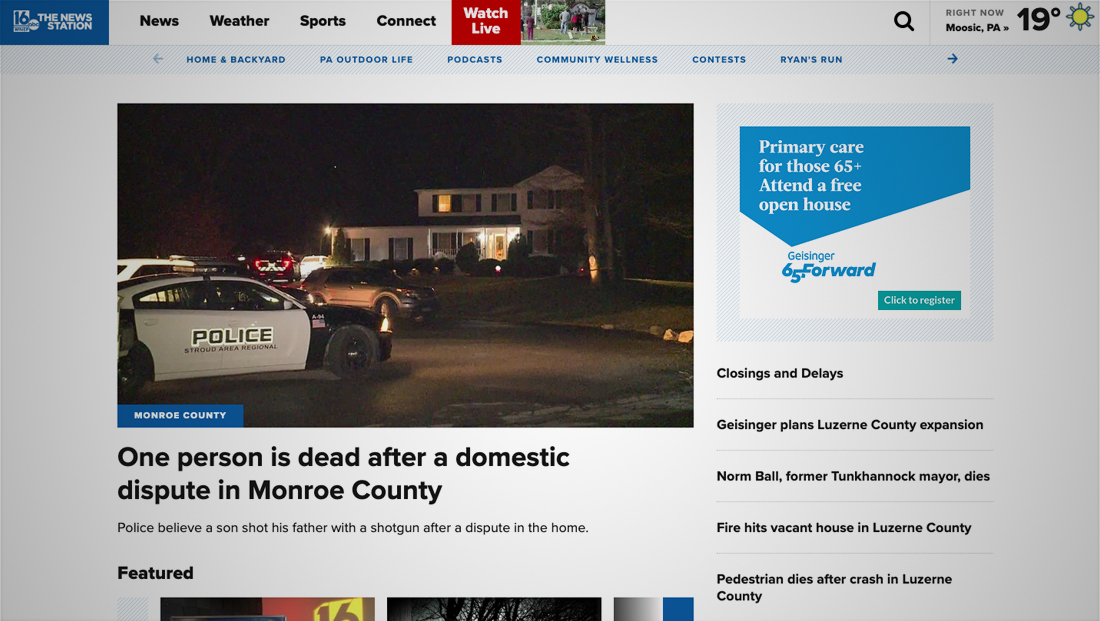 Tegna has begun rolling out a website redesign for its stations.

A new design is currently being tested on a “small number” of its stations, according to a Tegna spokesperson.

Tegna is also moving stations it acquired last year as a result of Nexstar Media Group’s acquisition of Tribune Broadcasting stations to its in house content management system from WordPress VIP.

The redesign includes a move more toward the colorful group graphics look the station began rolling out in 2017 and eliminates the sidebar menu with multicolored section links.

Tegna appears to be using the CMS migration as a way to introduce the new design — with many of the former Tribune stations being on the new look.

The new look is expected to be introduced across all of its stations later this spring, according to the spokesperson.

The new design and CMS switchover does not affect Tribune stations that Nexstar acquired and kept.

As part of the deal to acquire Tribune, Nexstar had to sell off stations in select markets where it already had a presence and these stations were ultimately sold to Tegna and E.W. Scripps.