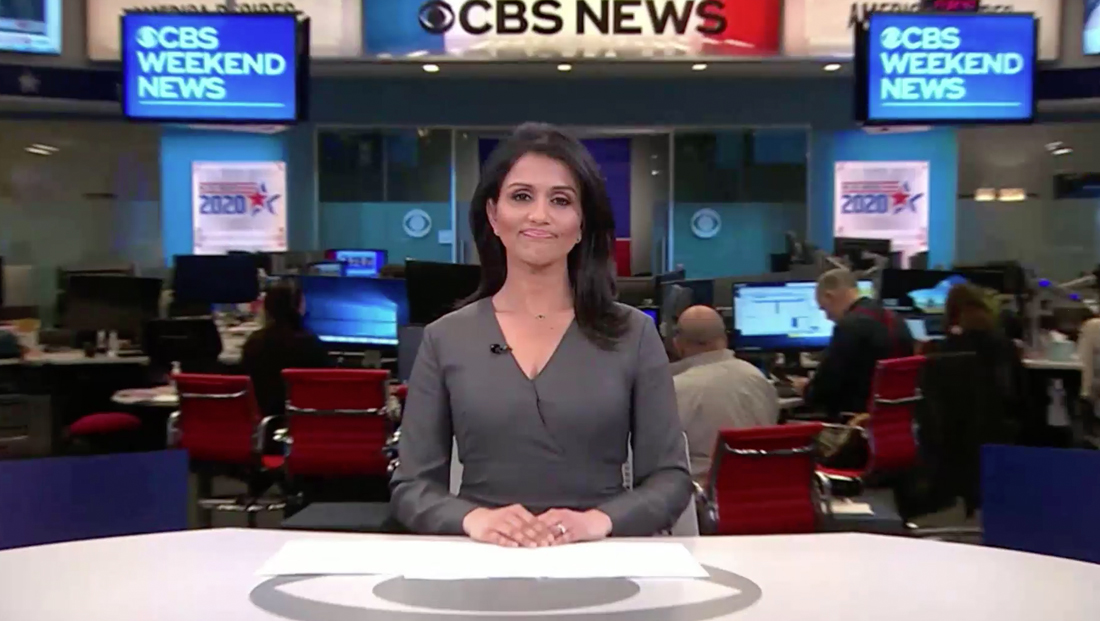 “CBS Weekend News” is the name that weekend editions of “Evening” started using in 2016.

“Weekend News” typically originates from the Studio 57 newsroom set, but that studio was being used by streaming network CBSN for live coverage from Nevada.

This meant “Weekend” moved to Studio 47.

Despite the broadcasts technically having different names, it essentially marks the first time the broadcast occupying that timeslot has returned to its old home since leaving in 2017.

Studio 47 was the longtime home of “Evening News” going back to Dan Rather’s days behind the anchor desk.

During the 2016 election cycle, CBS moved to Studio 57 — originally designed for “CBS This Morning” — before making the move permanent in 2017.

After that, Studio 47 was renovated to become a new newsroom for the network, which the network calls the “news hub.”

Elements of the studio set remained in the news hub, including the prominent backlit header element that had been part of the general design of the space for years as well.

Studio 47 has appeared on air during previous 2020 election coverage.

Both studios are part of the CBS Broadcast Center in the Hell’s Kitchen neighborhood of New York.

In addition to being the permanent home to many CBS News programs as well as the network owned WCBS, the facility also features, in a different part of the complex, studio space that’s used for a variety of syndicated programming and other productions.