‘CBS This Morning’ goes to Washington as NYC facilities get sanitized 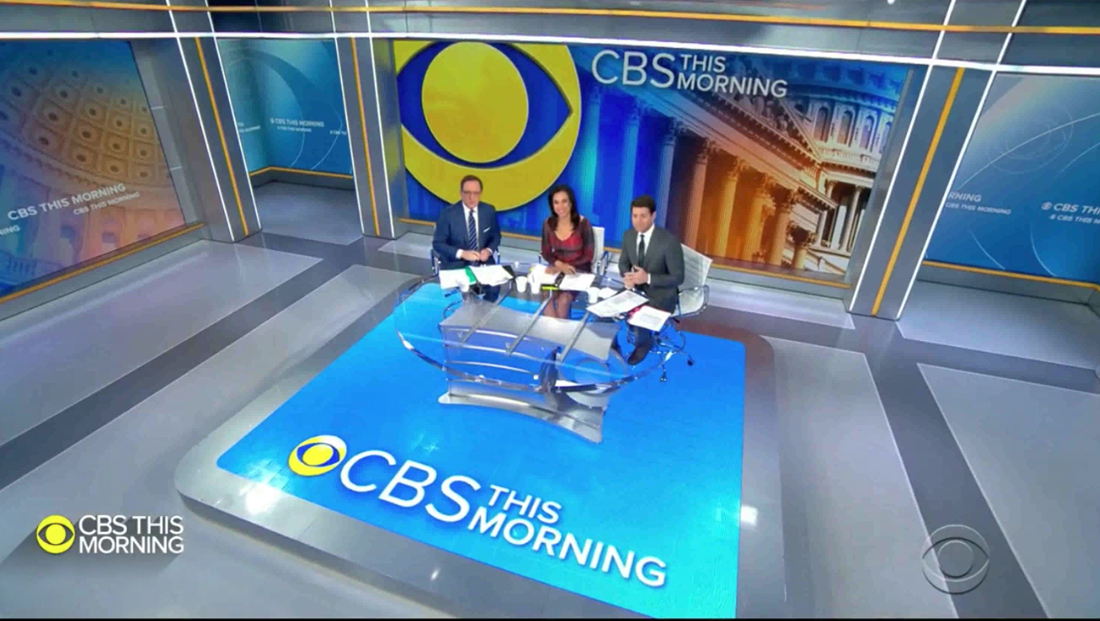 “The coronavirus pandemic is starting to affect all aspects of America life, and that includes us at CBS. CBS News has two known cases of coronavirus so we have closed our New York broadcast center to clean and disinfect the premises,” noted co-anchor Anthony Mason at the top of the show Thursday, March 12, 2020.

It was also noted multiple times that King was “off.”

The studio “This Morning” was using debuted in December 2019 on “Evening News” as part of the network’s previously announced plans to move its flagship newscast to the nation’s capital.

CBS presumably moved all three anchors, who are based in New York, to D.C. yesterday or overnight.

Outfitted with multiple video walls on all four walls as well as color changing reveals and glass, the space was easily adapted to sport blue, yellow and white along with “This Morning” branded video wall backgrounds.

Co-anchors Mason and Tony Dokoupil, along with “CBS This Morning Saturday” co-anchor Michelle Miller in for Gayle King, started the show standing on the studio’s riser with LED video panels before moving to the original anchor desk both “Evening” and “Face” used.

“Evening News” switched to using a new anchor desk from the network’s debate coverage in February 2020.

The move comes as numerous New York based shows, including CBS’s own “The Late Show with Stephen Colbert” have announced they will move forward without studio audiences for the immediate future.