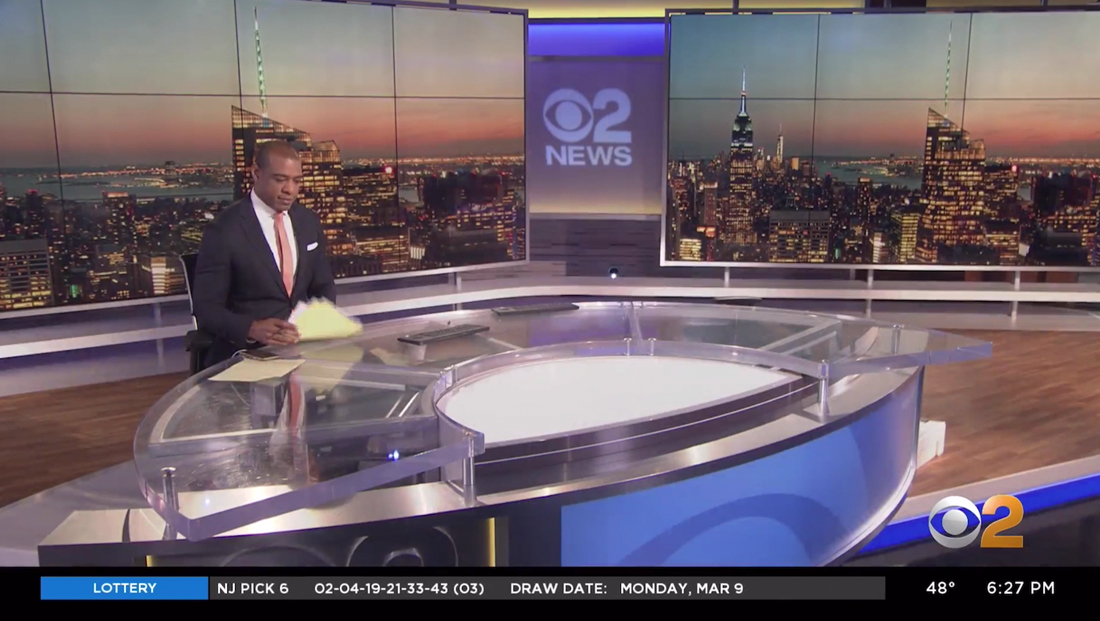 While the CBS Broadcast Center in New York City was essentially out of commission for cleaning March 12 and 13, the network’s flagship affiliate WCBS originated its newscasts from Los Angeles March 12 and 13, 2020 (the facility started reopening March 14).

NEW YORKERS and TRISTATE…TUNE in TONIGHT and Watch at 5pm and 6pm on CBS2. I’ll be anchoring the local evening news for CBS New York…. Get Complete Coverage on the #Coronavirus Crisis with everything you need to know. Helping out our fam at CBS2NY 🙏🏽❤️ hang in there guys… pic.twitter.com/XH1oNq2m39

The back hatch of the vehicle was open with a video panel sitting on the floor of the cargo area, though Quinn didn’t try to use it for his maps — which were instead shown fullscreen.

CBS Broadcast Center is closed down after three employees tested positive for coronavirus. Staffers are working from home while the facility is cleaned.

WCBS and KCBS have similar sets (view more here and here) and logos — which came in handy since a wide shot of the studio was shown at the end of the 6 p.m.

Both sets also have two video wall installations — and KCBS’s was, in a bit of a dichotomy, fed with a New York City skyline.

CBSN New York is originated from WBZ in Boston, as the nationwide feed of CBSN, with sports production moved to Florida.

After the initial two cases were announced March 11, WCBS stuck with its studio in the the sprawling complex — but apparently the network decided it wasn’t safe for production March 12.