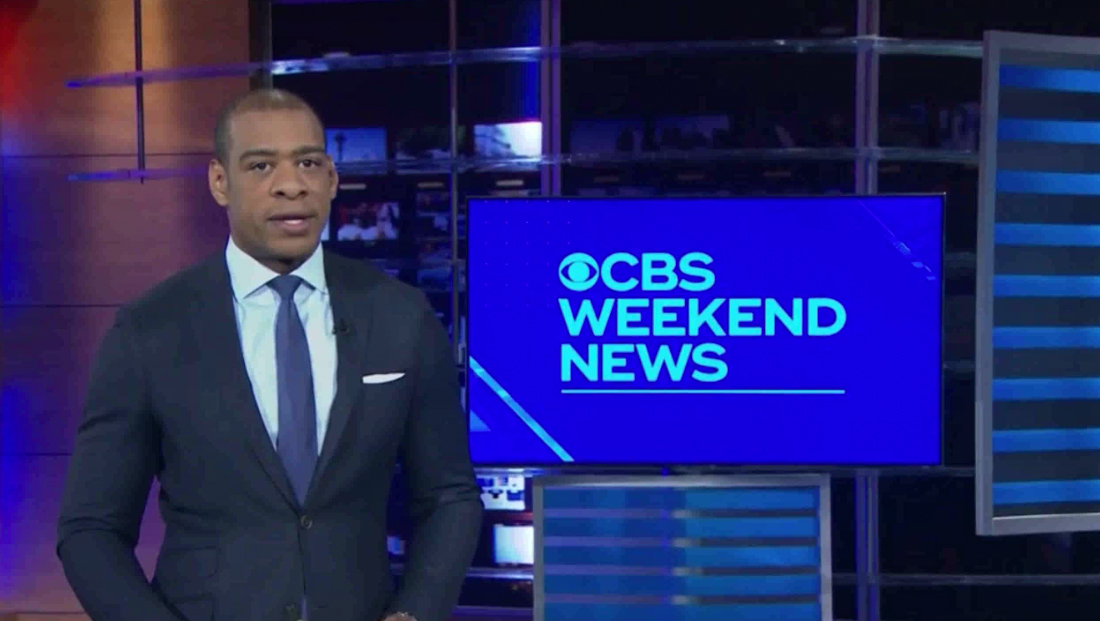 “CBS Weekend News,” the weekend version of “CBS Evening News” shifted production to Los Angeles Saturday, March 14, 2020, as the network’s New York broadcast center continues to operate below capacity due to a cluster of coronavirus cases.

CBS News has had four employees test positive for the illness and initially closed down its headquarters in NYC for cleaning — encouraging staffers to work from home.

The network was back in the facility for “CBS This Morning Saturday,” March 14, but the network apparently opted to have its owned station KCBS handle the national newscast that evening.

WCBS’s studios and newsroom are also based in New York broadcast center.

Morgan anchored “Weekend News” from KCAL’s studio. KCAL is owned by ViacomCBS and is the independent sister station to KCBS. The two stations operate out of the same facility on the West Coast.

For the broadcast, Morgan started standing next to a control room background with video panel before moving to the main anchor desk with a video background showcasing the L.A. skyline.