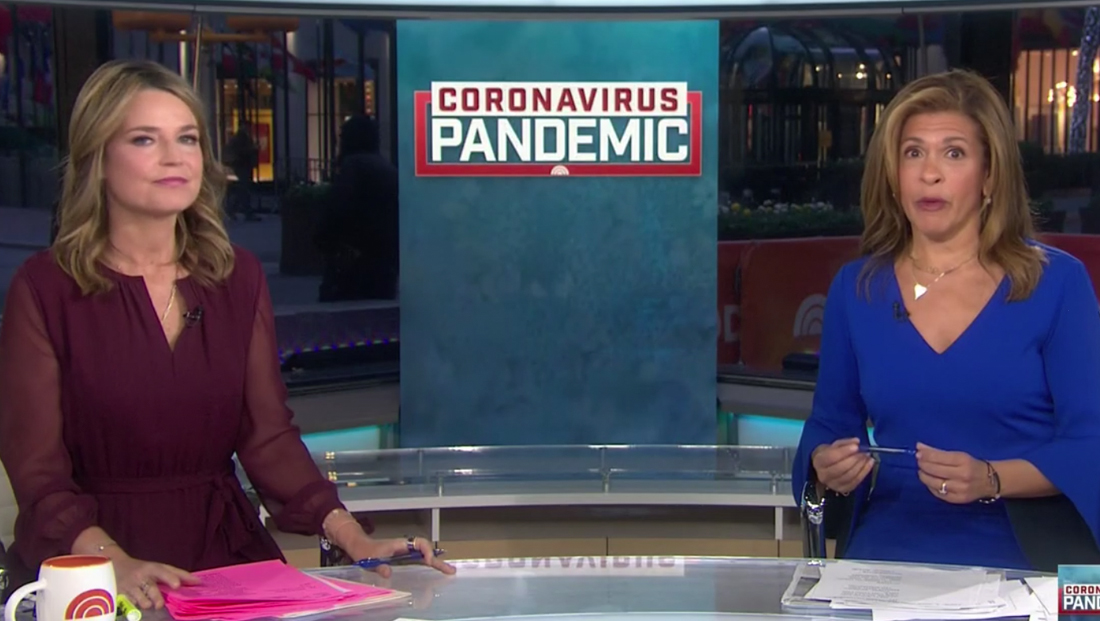 TV stations are starting to get creative to encourage “social distancing” among their own teams — though some of these tweaks are more noticeable than others.

How to keep coronavirus from spreading around your station

Many TV stations and networks have moved out employees who can to work from home — but now changes are starting to show up on air due to the coronavirus outbreak.

NBC News’ “Today” sat anchors Savannah Guthrie and Hoda Kotb farther apart than normal behind the anchor desk in Studio 1A Monday, March 16, 2020 after news came that an NBC News staffer who works on the show’s third hour has tested positive for coronavirus.

“Today” also shut down both indoor studios audiences and closed down the outdoor area behind its windowed studio last week.

“GMA” also used an augmented reality globe during its “headlines” segment at the top of the broadcast.

“This Morning,” meanwhile, went back to anchoring “in the round” and also started the broadcast at the anchor desk instead of the trio of co-anchors standing close together near a video wall.

On the local level some stations, including WLS in Chicago, have started eliminating two shots of anchors almost completely and having each anchor in a separate part of the studio.

WLS, for example, had one anchor in its multipurpose standup and interview area behind the weather desk while the other used the three monitor set up in the area normally used for traffic and sports — which are significantly far from each other, separated by the entire main anchor desk area.

Other broadcasters are even going to the extent of having talent or guests in separate studios even if they could have normally appeared on set.

Stations are also showing less of anchors on camera altogether and relying on more fullscreen video and graphics to “hide” the lack of normal shots.

“Happy talk” with the weather and sportscaster joining the news anchors at the desk is also being removed at some stations or show in “split screen” or boxes.

It’s worth noting that the approach “Today” took could  help bring awareness to the concept of social distancing, even on a subconscious level, since the look is strikingly different, whereas not showing anchors in the same frame doesn’t have this same effect.

Al Roker does the weather from his kitchen for ‘Today’ https://t.co/2vibfAPXsr #TVNews #BroadcastNews

Other stations are dropping or reducing sports segments altogether as the lack of games — both amateur and pro — becomes more and more prevalent. In many cases, this allows these outlets to provide additional COVID-19 news.