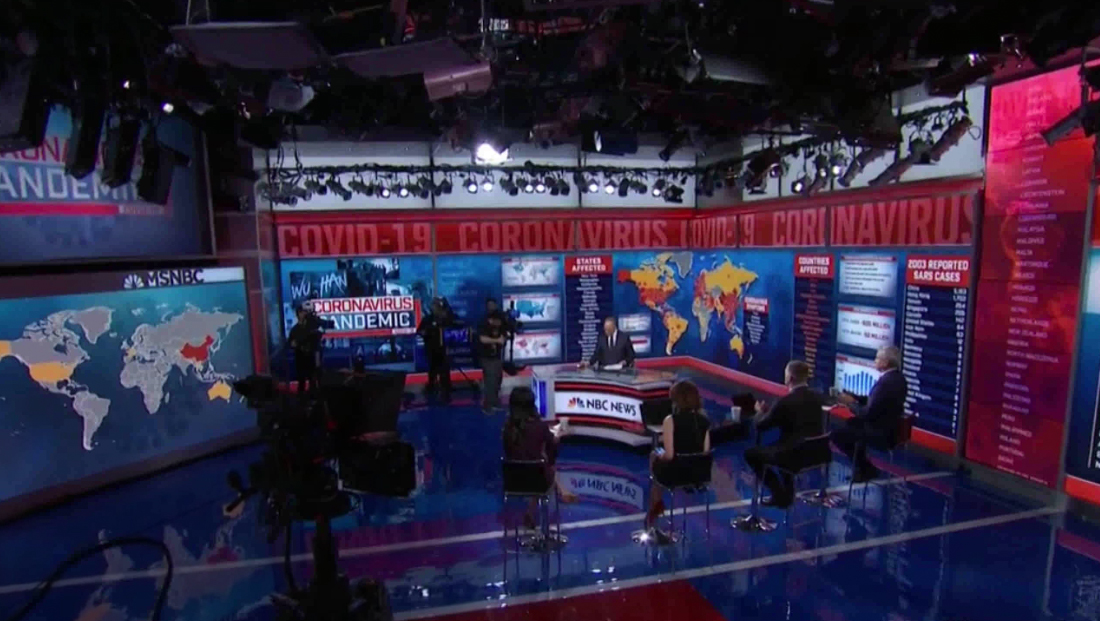 The special, which aired on NBC and MSNBC and streamed on NBC News Now and Facebook Live, featured “NBC Nightly News” anchor Lester Holt as host.

Holt was set up — by himself thanks to social distancing — at the curved anchor desk in the MSNBC side of Studio 3A, with the video walls around him filled with the world map and statistical graphics the cable network has been using during its coronavirus coverage.

Situated across the studio in front of the working newsroom around were members of the “NBC Coronavirus Crisis Team,” including correspondent Dr. John Torres, top virologist and medical contributor Dr. Joseph Fair, senior business correspondent Stephanie Ruhle and Vicky Nguyen, a consumer and investigative reporter for the network and its Bay Area owned station KNTV.

Each in studio panel member had a small high boy style table — but notably appeared to be closer than six feet to each other, even accounting for how TV cameras can distort distances.

Shots of the panel mainly used the curved video ribbon segment that separates the studio and newsroom as well as the deserted workstations themselves as backgrounds.

The movable wall segment outfitted with video panels that covers the glass wall into the “Nightly” part of Studio 3A was used to cover that area and display additional “Coronavirus Crisis” branding.

In addition to handheld camera shots, cameras could also be positioned in front of the workstations (and, thanks to the shadows in this area, hidden pretty well) for interaction shots between the panel members and Holt at the anchor desk.