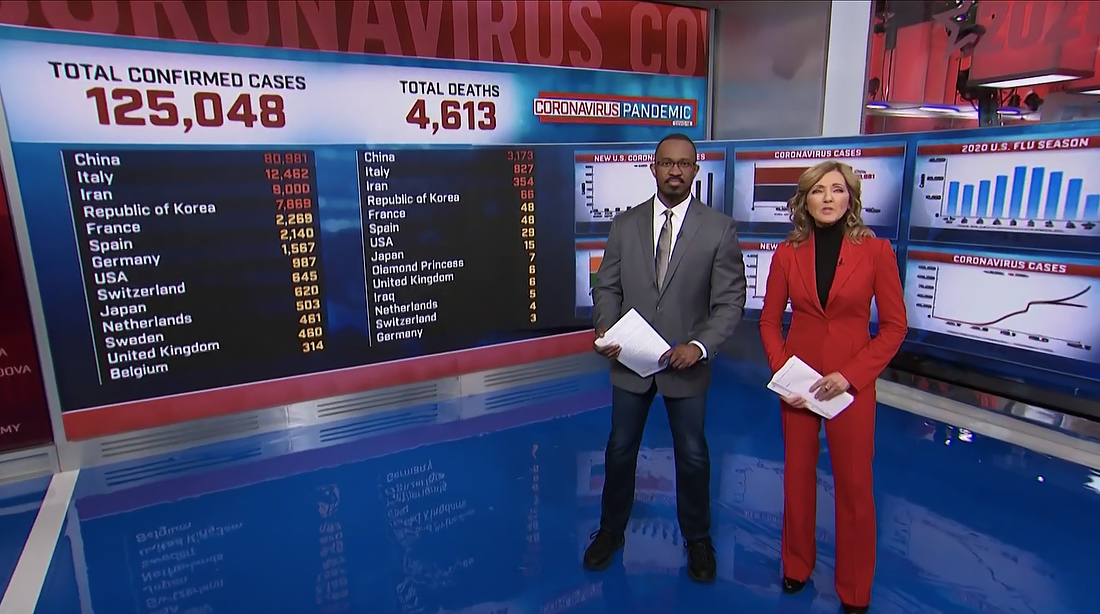 Along with extensive coronavirus coverage across its programming, MSNBC has turned Studio 3A into “pandemic central” during select “MSNBC Live” blocks.

The special coverage first started on Wednesday, March 11, 2020, during the 1 p.m. eastern timeslot.

Anchored by Chris Jansing and Joshua Johnson, who joined MSNBC in December from NPR’s talk show “1A,” the program takes over the former Ali Velshi and Stephanie Ruhle hour of “MSNBC Live.”

The duo of Velshi and Ruhle have recently changed roles at the network, leaving the hour open with Jansing regularly anchoring it with “The Candidates” election branding.

The look continued into the weekend.

The network has also been asking for viewer questions via the hashtag #MSNBCAnswers and a special email address, with answers included in the coverage. 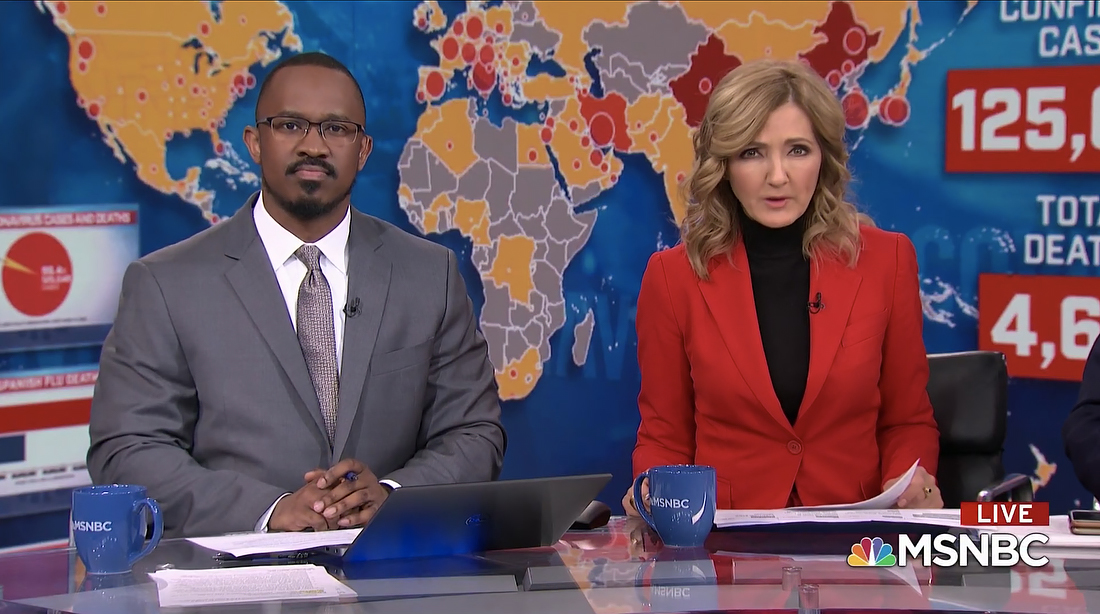 Similar to election coverage, the studio’s various LED walls include animated data points, charts and maps, showcasing the impact of the virus.

The desk from NBC News and MSNBC’s Democratic debate stage is also present, having made other appearances during recent coverage. 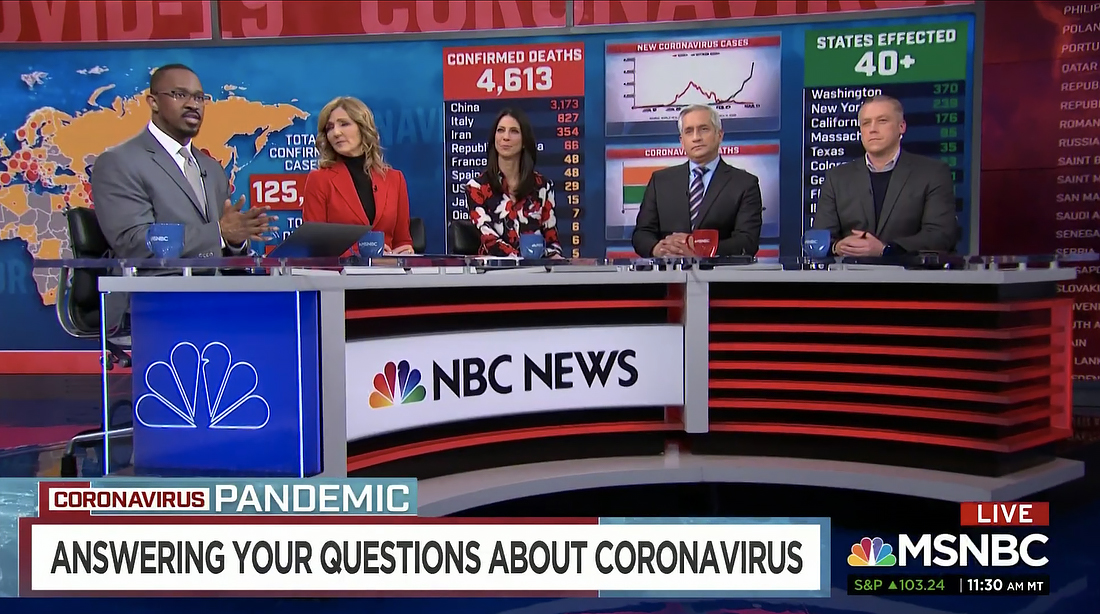 Weekend programming is also using the same coronavirus look and setup, including “Velshi” and “AM Joy,” as it becomes the primary story driving cable news.

Other networks, like CNN and BBC News, have also produced dedicated programs and town halls.