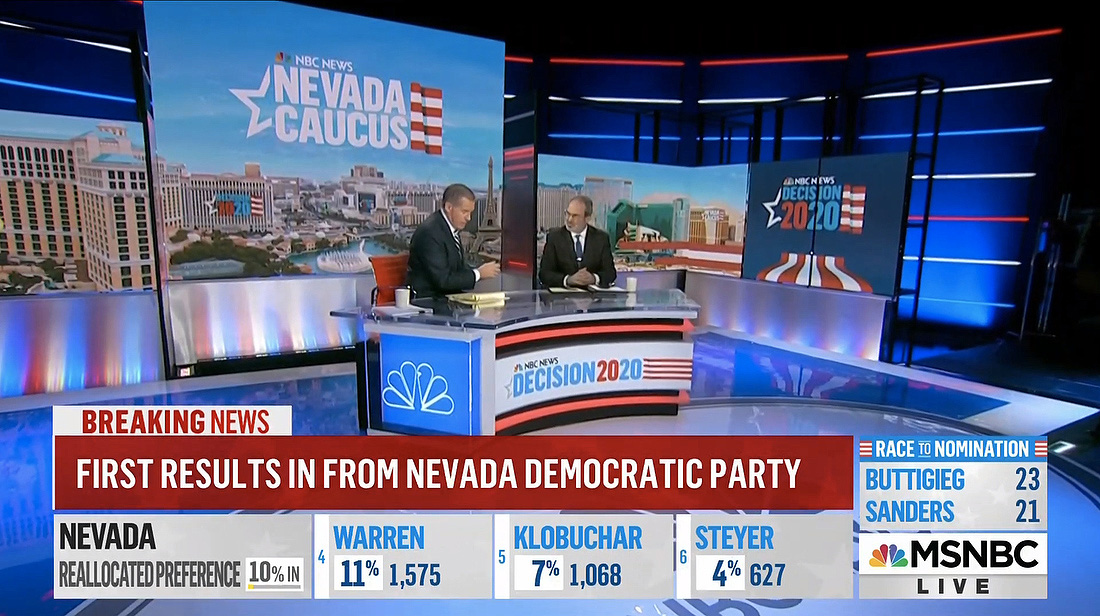 For its coverage of the Nevada Caucus, MSNBC borrowed the debate stage set up used only days earlier, albeit a few tweaks.

From the Paris Theatre inside the Paris Las Vegas resort, the stage hosted the ninth Democratic primary debate co-hosted by NBC News, MSNBC, Noticias Telemundo and The Nevada Independent, on Feb. 19, 2020, becoming one of the highest-rated debates of the 2020 election cycle.

For the caucus coverage, the overall number of rental LED panels was reduced, shrinking the overall set area.

The acrylic inserts, which mirror the famous architecture of the White House, were also removed with patriotic uplighting added in its place on the footer. 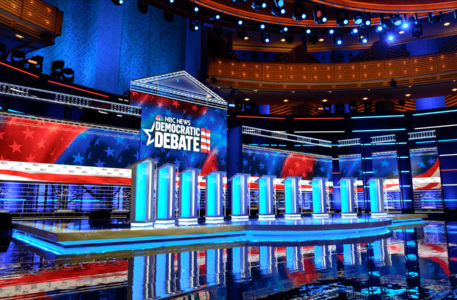 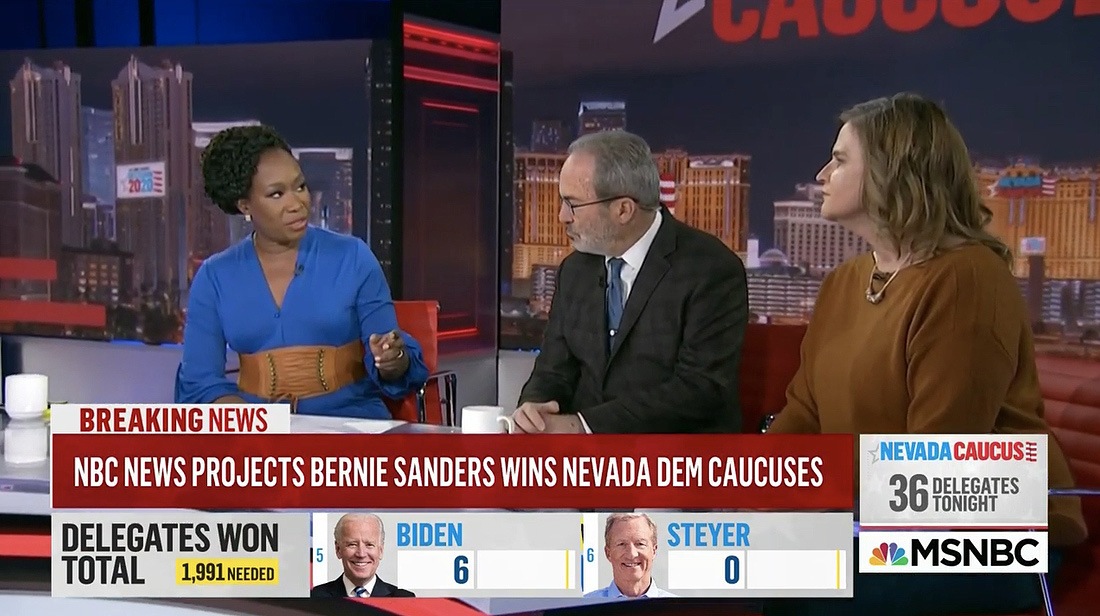 Brian Williams anchored covered from Las Vegas while Joy Reid handled the evening hours on the network, reusing the moderator desk from the debate. Nicole Wallace led coverage from New York City using a duplicate copy of the desk.