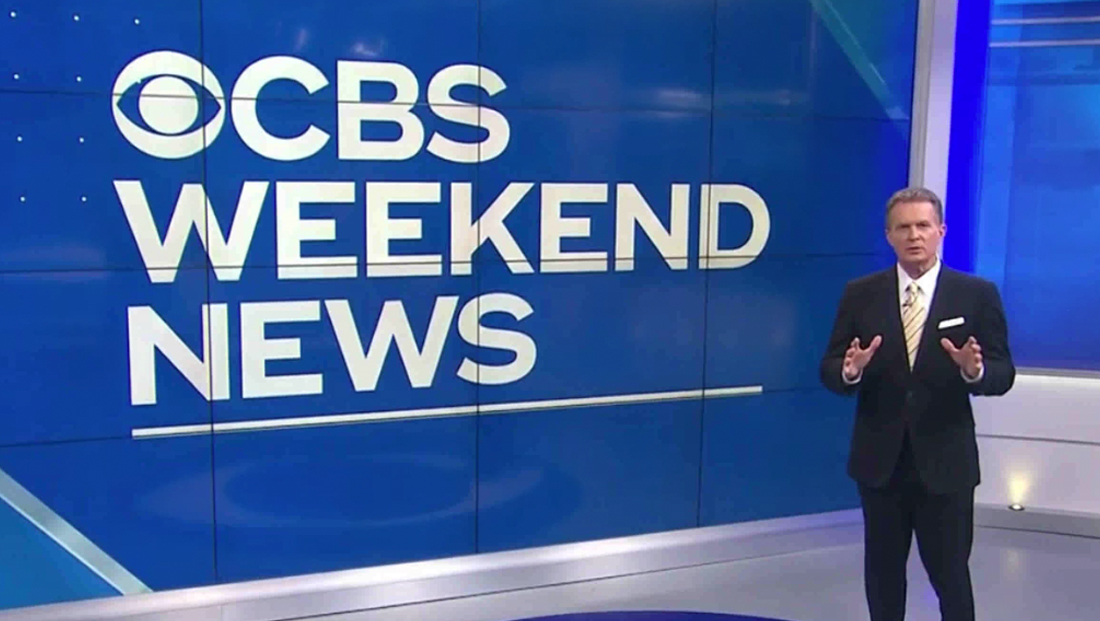 As coronavirus lockdowns and social distancing efforts continue to spread, the networks had to get creative on Saturday, March 21, 2020’s newscasts.

CBS, NBC and PBS used alternate broadcasting locations while ABC produced its newscast from New York as normal — but all networks lead with coronavirus news while mixing in a mention of Kenny Rogers’ death.

The move was part of the network’s efforts to spread out operations amid the closure of its the New York broadcast center.

“That includes a national newscast, out of a local station, with integration from California, to Washington, NYC to DFW, London and Japan. And still doing our jobs covering what’s important to all of us locally,” wrote Dunbar in a Facebook post.

The station used its primary news set with both “Weekend News” branded and Dallas skyline backgrounds on video walls.

“CBS Weekend News” is the name used for the network newscast that typically airs in the “CBS Evening News” timeslot on select Saturdays and Sundays.

Sreenivasan originally appeared on air against a white background but made a point to showcase adding a “NewsHour” branded graphic behind him using the video calling platform — with additional graphics overlaid from remote team members remote the show.

“NBC Nightly News” had normal Saturday anchor Jose Diaz-Balart — but to avoid travel, he anchored from Telemundo’s Miami studio in a move that NBCUniversal International and NBCUniversal Telemundo Enterprises chairman Cesar Conde called “historic” on Twitter, noting that the facility was also broadcasting “Noticias Telemundo” at the time.

Diaz-Balart was shown standing against a video loop of the NBC News newsroom as viewed from Studio 4E in New York City.

Correction: An earlier version of this story incorrectly referred to a “control room” used to produce “PBS NewsHour.” However, no formal control room was used to run graphics for the show; instead staffers ran graphics and the entire show remotely.