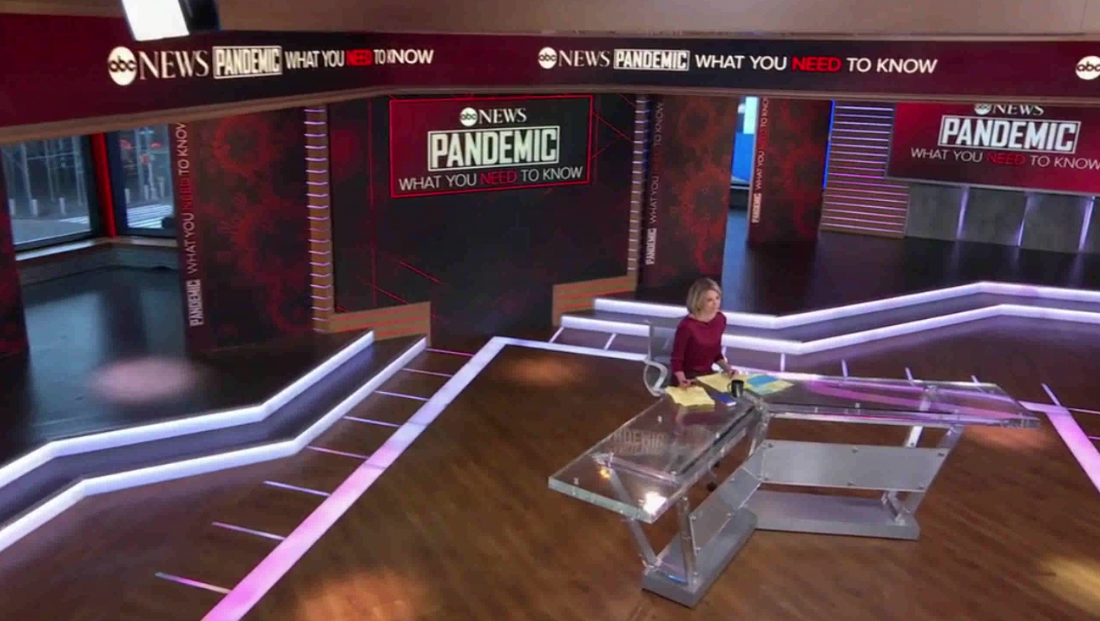 After announcing it would put its midday talk show “GMA3: Strahan, Sara and Keke” on hold during the coronavirus outbreak, ABC replaced the show with “Pandemic: What You Need to Know.”

Anchored by Amy Robach from the second floor of the “Good Morning America” studios in Times Square — and the same space “GMA3” used — the hourlong program draws on the resources of ABC News.

The overall look is a bit stark — Robach often looks small sitting the large space without much other furniture, guests or even crew visible, though that’s likely being done on purpose thanks to social distancing.

The show uses the network’s red “Pandemic” branding and graphics and places Robach in the center of the chevron shaped anchor desk that’s often used for the second hour of “GMA” (though that’s mostly been moved downstairs during the outbreak).

The diagonal video wall sports a red graphics with sharp red lines and the pandemic logo above, with the network typically pushing in slowly from an extreme wide shot.

Bumps going to and from breaks showcase other video panels and walls in the studio, showing off the LED ribbons that wind around the studio and sport matching red graphics for the special.

For the first week the show was on the air, it was frequently interrupted in the eastern and central time zones with special reports from the network about the outbreak.

After these reports aired, the network would join the program in progress. Other time zones typically saw the entire broadcast.