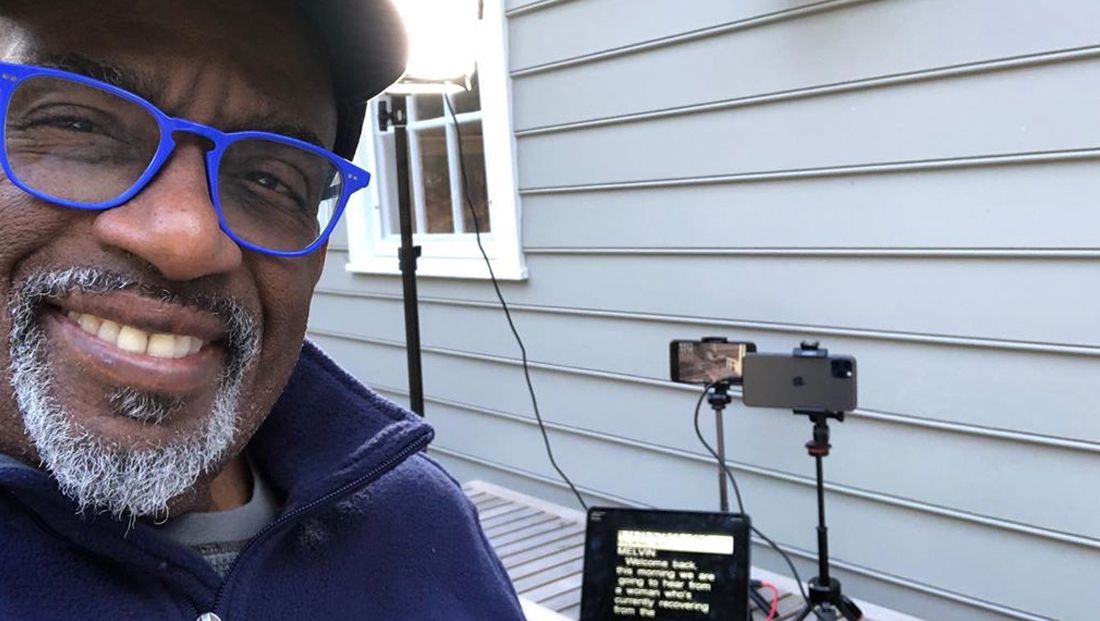 NBC News‘ Al Roker, who continues to work from home during the coronavirus outbreak, created a backyard setup for “Today” using two iPhones, an iPad, AirPods and a Mac.

Roker appeared on Friday, March 27, 2020’s show with a nondescript landscape behind him — but the real stuff to look at was behind the scenes.

Roker gave viewers a look at the setup later on Instagram.

Yes. Made it to Fri-yay. Here’s my backyard setup for @todayshow and @3rdhourhourToday iPhone is Live U, other iPhone is return. iPad is prompter. And a LED light panel and an iRig/Sennheiser mic combo

In his post, he explained he’s using a LiveU Networks rig connected to an iPhone as a camera, with another iPhone giving him return video.

Both are mounted on small tabletop tripods.

Meanwhile, an iPad is set up under the iPhones to serve as a makeshift teleprompter.

During his live shots, Roker could be seen wearing a single AirPods wireless ear bud — likely in place of an IFB.

In addition, Roker had what appears to be a Mac computer on the outdoor patio table next to him that he appeared to use to reference, and possibly control, the weather maps and graphics.

Roker previously acknowledged joining “Today” via his iPad and was seen wearing two AirPods on air. He also previously used a Mac computer (perhaps the same one) in a live shot from his kitchen.

Among the non Apple products in use were iRig and Sennheiser mic for audio as well as an LED light (for what it’s worth Apple doesn’t manufacturer professional grade mics, audio gear or lighting).

In previous live shots from home, it appeared (and sounded like) Roker was using the AirPods as a microphone as well.