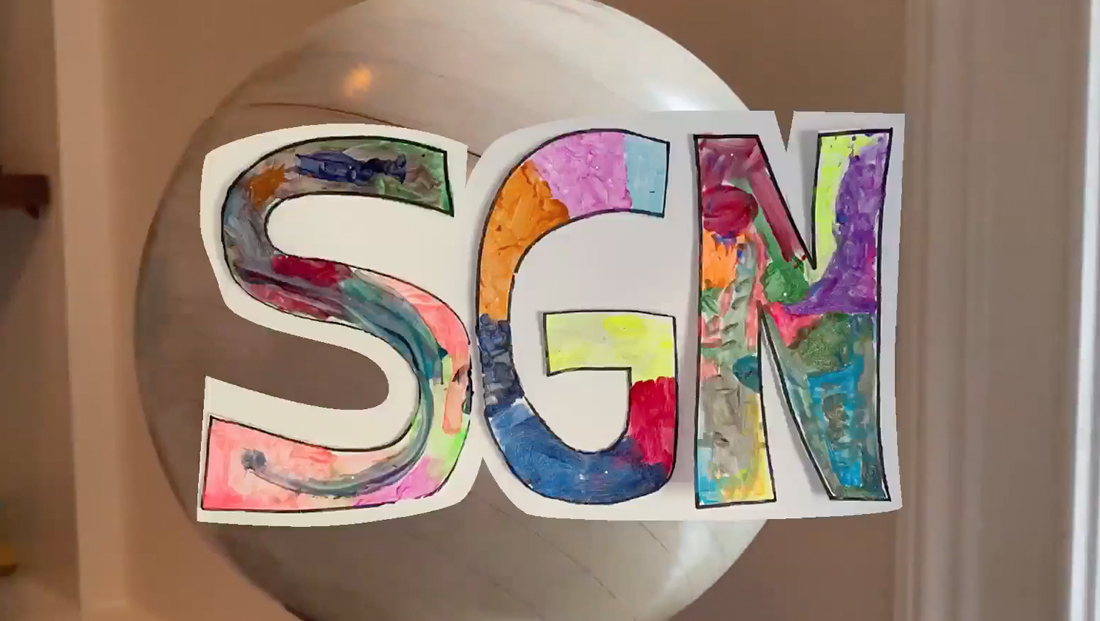 As part of an effort of turning a viral Twitter hashtag into a “good news only” show amid the coronavirus crisis, actor John Krasinski debuted “Some Good News” with “handmade” graphics created by his kids.

The show, which Krasinski (jokingly?) bills as part “a news network just for good news,” has its own open with a homemade clip of spinning decorative globe standing in for the more elaborate renditions of the world that are normally featured in news graphics.

Krasinski is perhaps best known for playing Jim Halpert on the American version of “The Office” that ran on NBC for nine seasons, but is also a producer, director and author.

The open also features a digitally cut out version of the “SGN” logo that Krasinski said his two kids created.

Meanwhile, Krasinski’s “anchor desk” is his home office desk, which is situated against a gray wall with a white credenza and shelves (the globe seen in the open is featured off to one side of the “set” for a nice touch of consistency) with the hand drawn SGN logo centered above. 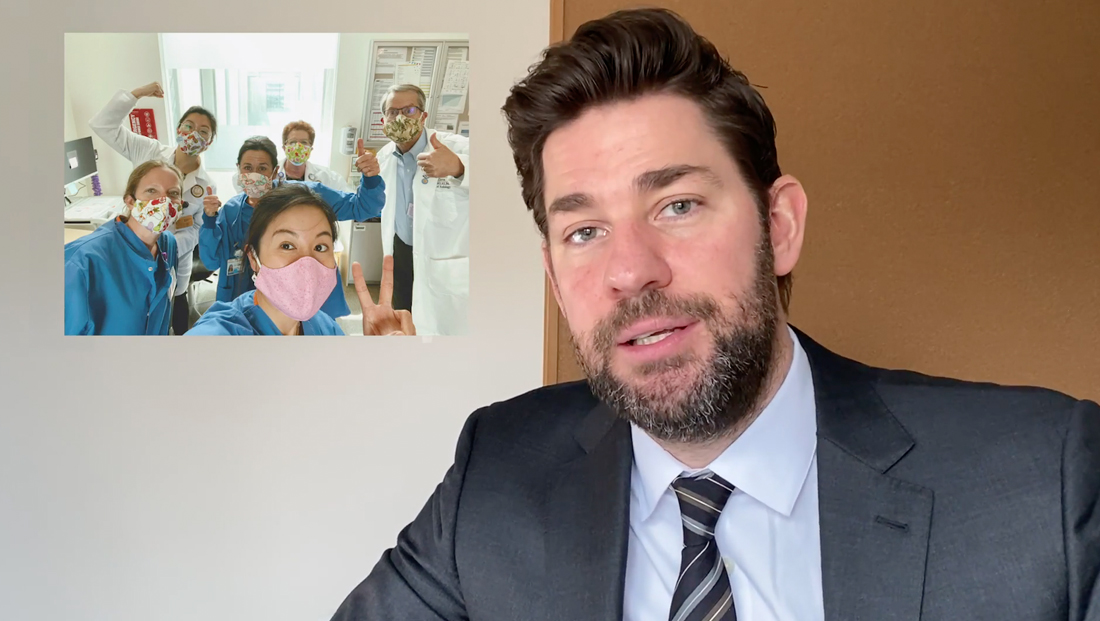 The show also makes use of news-y over the shoulder style graphics— and Krasinski even performs “proper” camera turn that includes a brief glance down at the papers on his desk.

It appears, at least from “behind the scenes” photos Krasinski posted, that the production has two tripods, presumably for smartphones turned cameras. 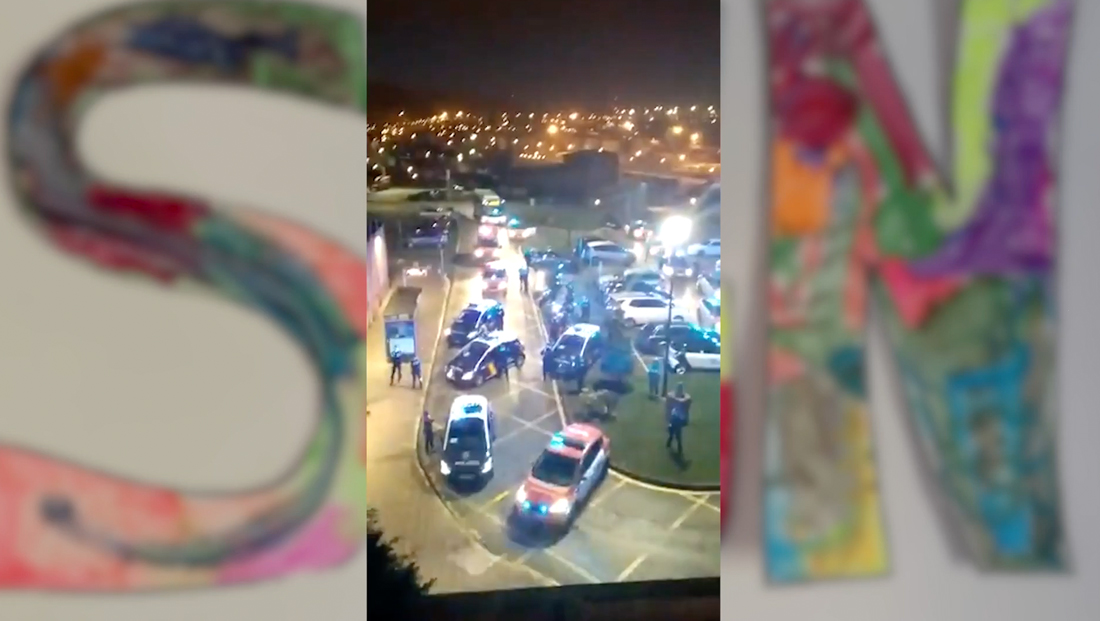 In addition, a blurred version of the SGN logo appeared behind vertical video clips and imagery culled from social media, a look that appears to be inspired by news graphics as well.

Krasinski may have gotten some tips or inspiration from his former “Office” co-start Steve Carrell, who was a guest of the first edition of the show.

Carrell has had multiple stints playing news anchors — in “Bruce Almighty” and its sequel “Evan Almighty” as well as “Anchorman: The Legend of Ron Burgundy” with Will Farrell and, most recently, the disgraced co-anchor of the fictional “Morning Show” on Apple TV’s drama of the same name.