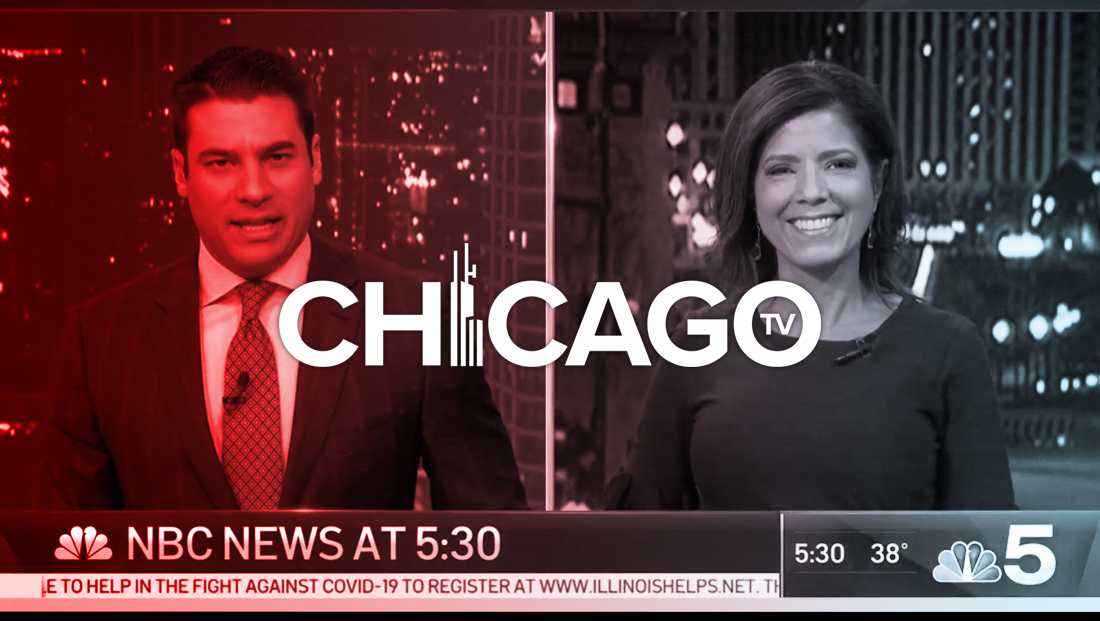 After sitting its anchors significantly farther apart than normal in order to comply with social distancing guidelines during the coronavirus crisis, WMAQ in Chicago has switched to having each sit in a different part of the studio.

Prior to March 31, 2020, the station started sitting its anchors farther apart at the main anchor desk. 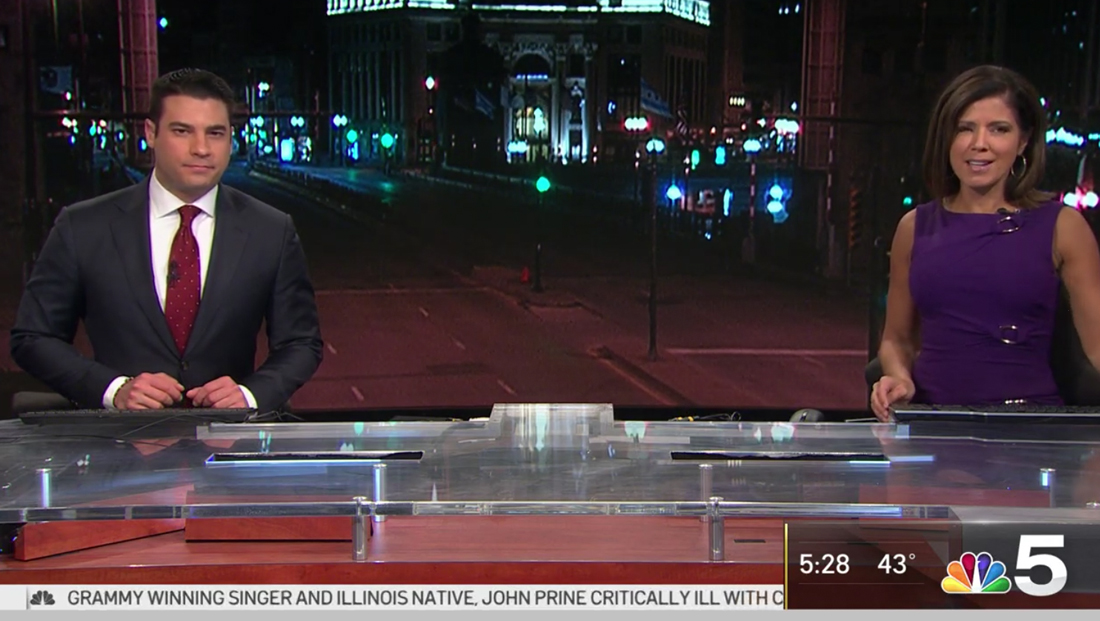 In the screen grab above, note the holes in the glass desk surface — these are for computer monitors and keyboards and anchors normally sit right in front of them.

Good Morning Friends, I’m at the news desk while Alex sits at the Weather Center. Our new normal to increase #socialdistancing

Starting at 4 p.m. March 30, 2020, the station started having one anchor at the anchor desk and one at the nearby — but farther away — weather center. 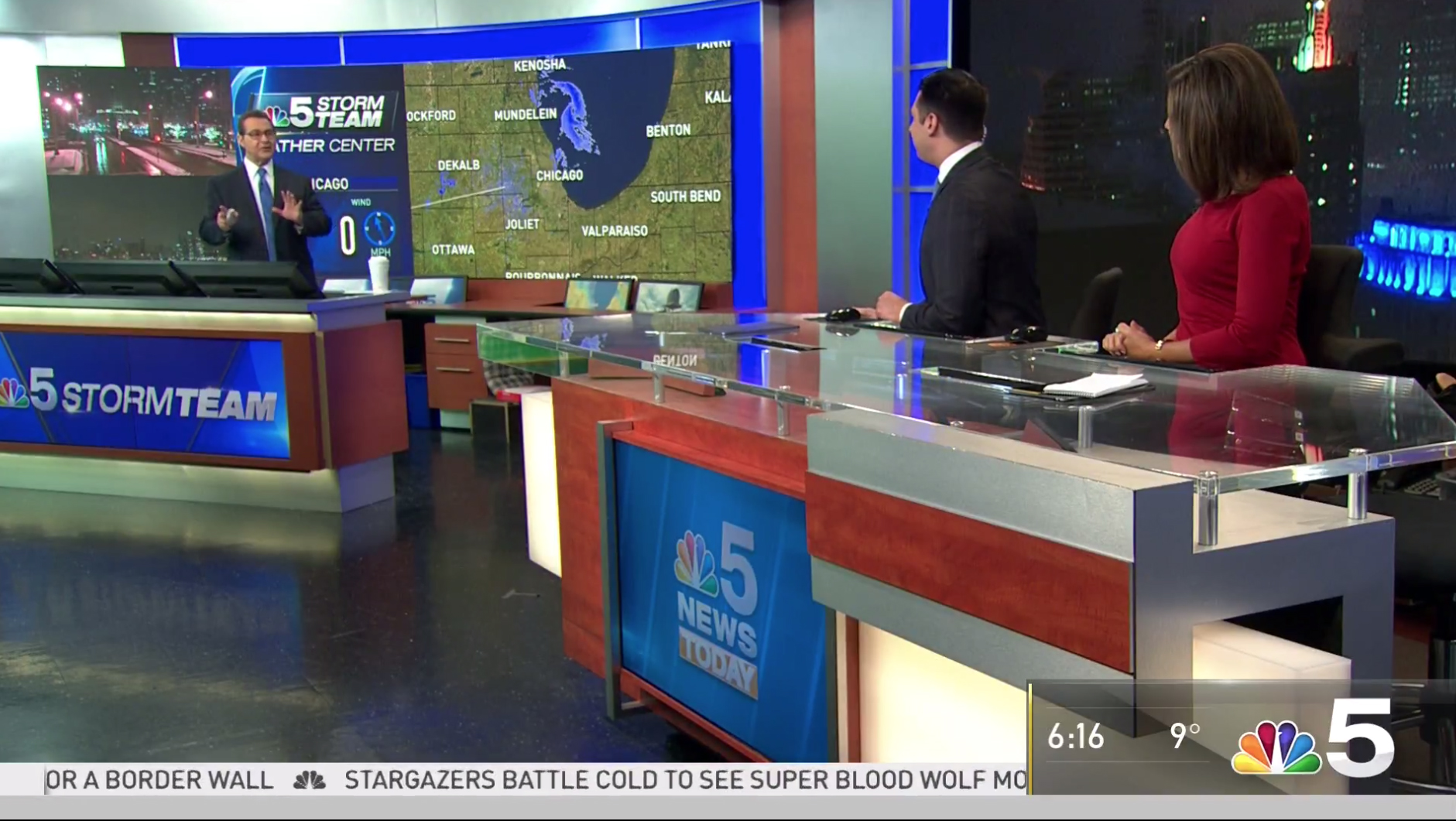 This file screen shot taken well before the coronavirus pandemic shows anchors in their normal positions as well as the relationship to the weather center area that is now being used as a secondary anchor desk.

Two shots have been eliminated in favor of a two box split screen showing being anchors on screen at once.

Thanks to the seamless video walls the station installed throughout the set between 2018 to 2019, both anchors are able to appear in front of similar backgrounds. 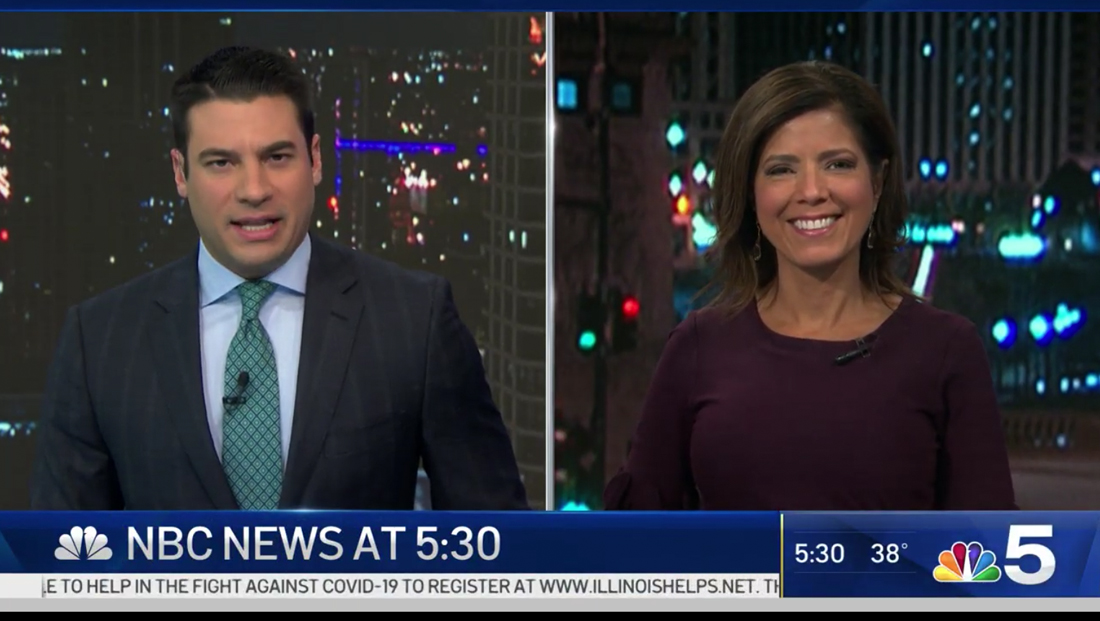 The weather center isn’t needed as an on air location because the station’s on camera weather team are all broadcasting from home along with many other Chicago area forecasters.

This isn’t the first time the weather center has doubled as a news anchor desk. During the time when crews were working to remove the five vertical video panels behind the main anchor area, WMAQ moved both anchors to the weather center.

Elsewhere in Chicago, CBS owned WBBM has been having one anchor in its first floor studio and another upstairs in the newsroom.

Fox’s WFLD has also been split anchoring while WGN as of March 30, still have anchors at the same desk but farther apart than normal.