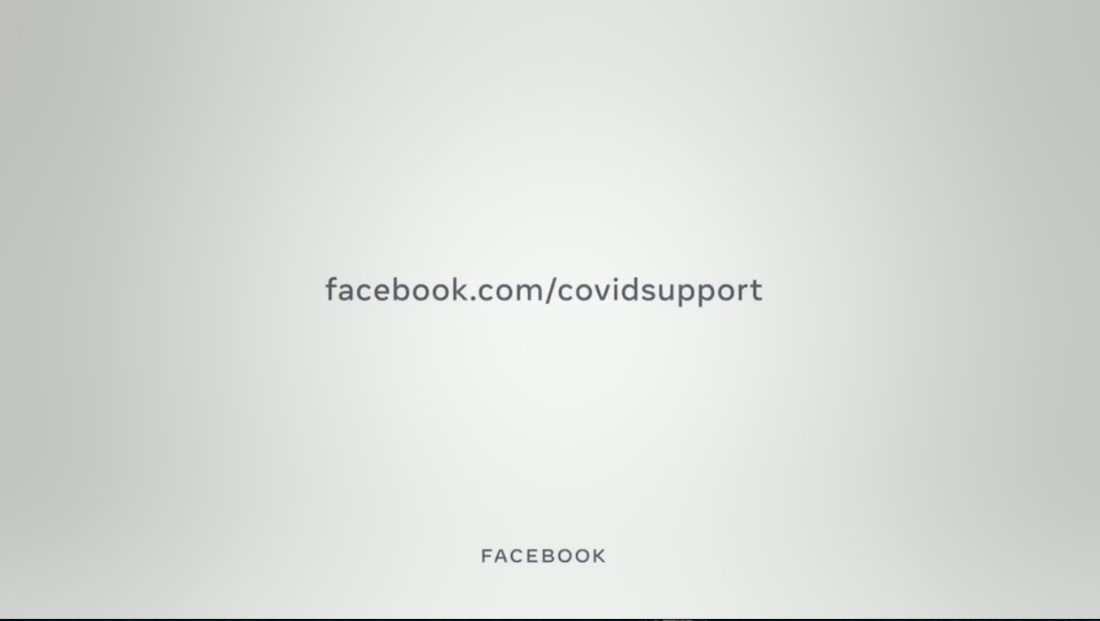 Facebook has been a partner on the NBC News coronavirus specials, with its corporate logo appearing on many of the title slides and graphics.

The spot, which was produced by Droga5 and Facebook, was originally released in late March as a way for the social network to publicize its resources for coronavirus aid.

It features a spoken word performance from British poet Kate Tempest along with a mix of visuals to showcase the social impact of coronavirus around the globe.

Tempest’s words also make several references to “faces” that tie in nicely with the name Facebook.

The promo, along with NBC’s graphics, feature the Facebook corporate logo — an all caps logotype — and not the circular icon the company introduced for its social network platform and app in 2019.

Meanwhile, an announcer notes the special is a “collaboration” with its “sponsor,” “the Facebook company” (note the use of the article “the” and “company” tacked on the end).