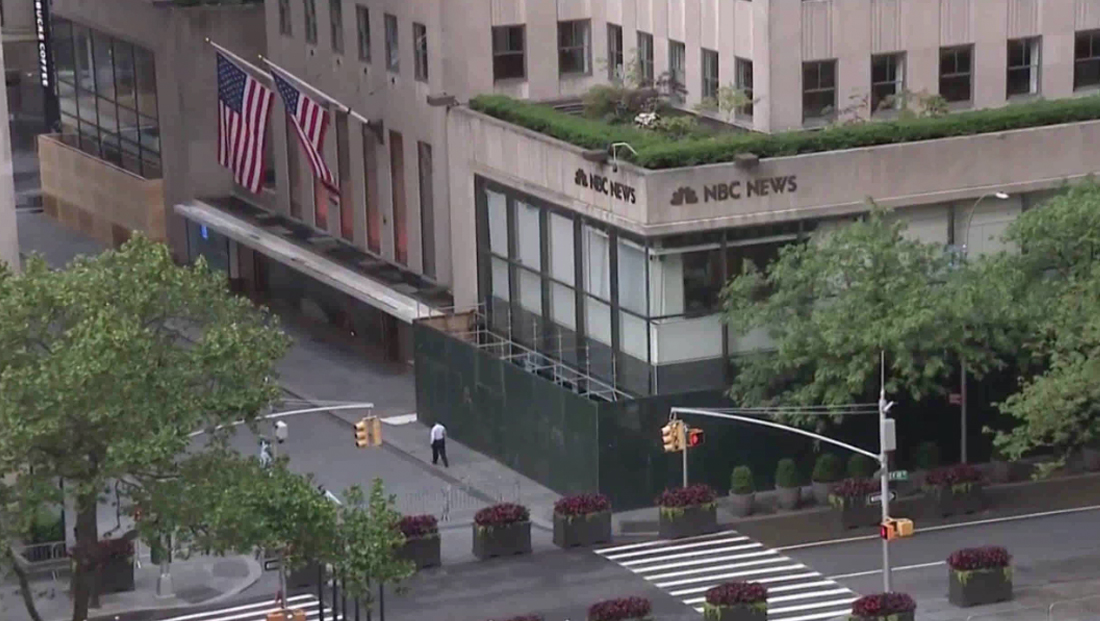 The iconic “Today” studio has temporarily lost its iconic “window to the world” view.

On June 3, 2020, it was revealed that the network had opted to install a temporary protective wall around the glassed in Studio 1A that sits along 49th Street across the street from the network’s main headquarters.

The move was described on air as a precautionary move by co-anchors Hoda Kotb and Savannah Guthrie in light of the protests over the alleged murder of George Floyd that has caused millions of dollars of damage in NYC and beyond.

It appears NBC installed a framework of scaffolding-like metal tubes with painted wood panels that wrap around the studio’s corner location.

Because “Today” normally starts the show from that corner with (at least under normal circumstances), views of the crowd gathered outside and the public street, things looked a bit different June 3 and was noted at the top of the show.

After two days on the ground in New York covering the protests, Guthrie was back in her update New York home, while Kotb anchored from Studio 1A — which has been the typical setup during most of the coronavirus pandemic.

NBC stopped allowing spectators to gather on the closed to vehicular traffic road that intersects 49th earlier in the pandemic. 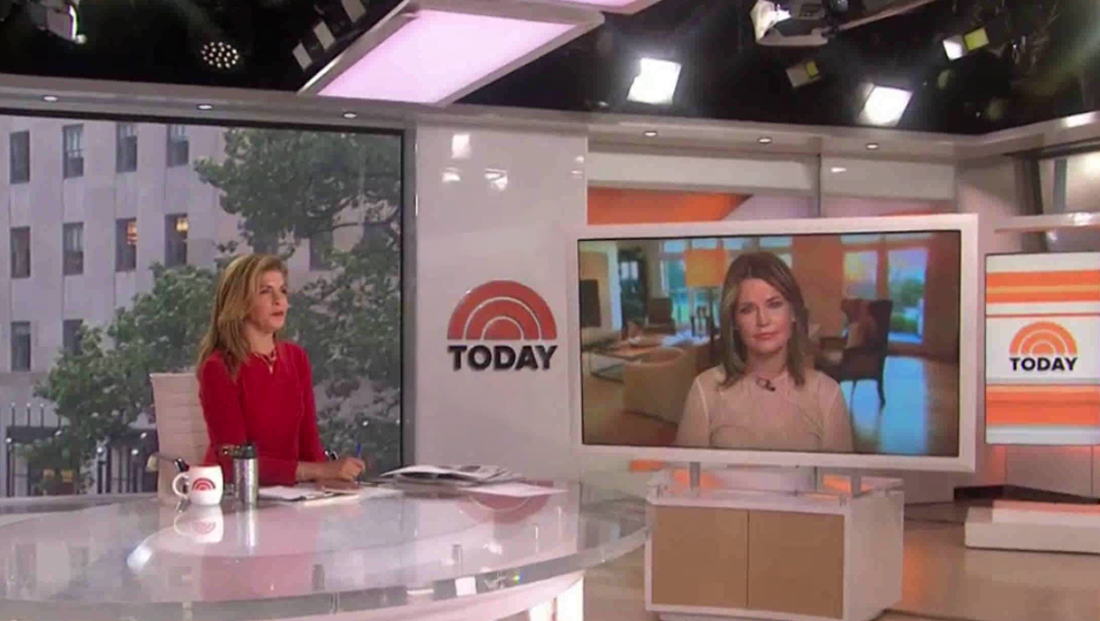 Kotb, meanwhile, was relocated to the opposite corner of the studio where home base normally is, using the space’s curved 40-foot video as the primary background.

NBC showed a video feed of the exterior of Rock Center behind Kotb, though it notably did not attempt to recreated the view that is normally behind the anchor desk.

Guthrie’s live shot was shown in the wide view of the studio just after the title screen disappeared from screen — again, something the network has been doing for some time now.

Because of the massive amount of broadcast and other equipment inside of Studio 1A, any unauthorized entry could lead to a pricey repair bill — in addition to forcing the show to move out of the space temporarily.

Security measures for Studio 1A under “normal” operations range from reinforced glass to security checks to get into the area used for those gathered to watch the show in person.

Most similar studio designs also have a variety of security in place.

Under current circumstances, any streetside broadcast facility could be a high profile target, particularly with rhetoric targeting the news media becoming more heated (a Raleigh station’s streetside studio was heavily damaged during protests).

In addition, the wide exterior view of Studio 1A NBC showed at the top of the show also revealed the windowed space at the other side of the building, which is a Nintendo store, is also boarded up in a similar fashion.

“Today” moved into the current Studio 1A in 1994 after spending years inside of various enclosed studios inside 30 Rockefeller Plaza — along with a three year stint back in a windowed space.

Located within 10 Rockefeller Plaza, Studio 1A’s opening was a return to the show’s original roots, when, in the early days follow its 1952 debut, the show used a windowed exhibition hall in a different location.

At ABC News’ Times Square Studios, it appears that the streetside studio’s windows have been covered as well based on wide shots shown on “Good Morning America” throughout the week.