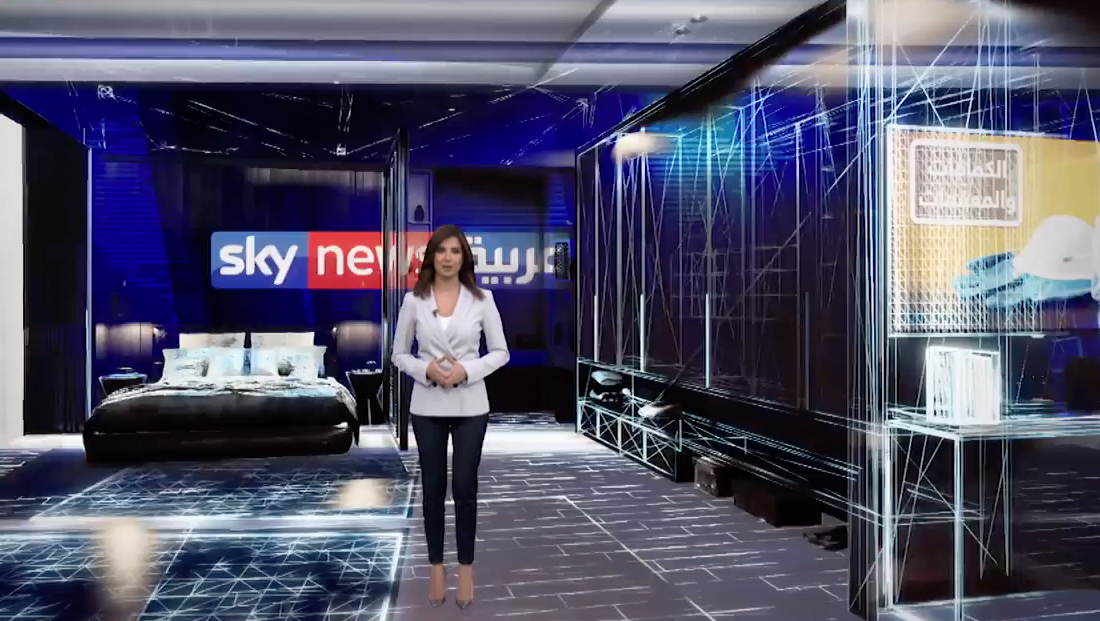 Sky News Arabia created an augmented reality segment that showcases how travel may change in a post-COVID-19 world.

The segment features a presenter standing within a 3D set-like environment that “redraws” itself as the interior of a hotel room, where a virtual wall mounted TV screen showcases key facts and accompanying imagery.

The presenter is then shown with a wheeled suitcase and the viewport zooms in on it as a transitional element to having the some anchor appear to be standing within a virtual airport departures gate area.

Other areas illustrated include the check in desks, security and health screening areas and “smart gates.”

After the presenter is shown standing in the middle of a virtual rendition of the revamped gate area the various furnitures and partitions “disappear” and are replaced with the interior of an aircraft.