CBS Chicago switches to ‘Hour 18’ branding for its 6 p.m. 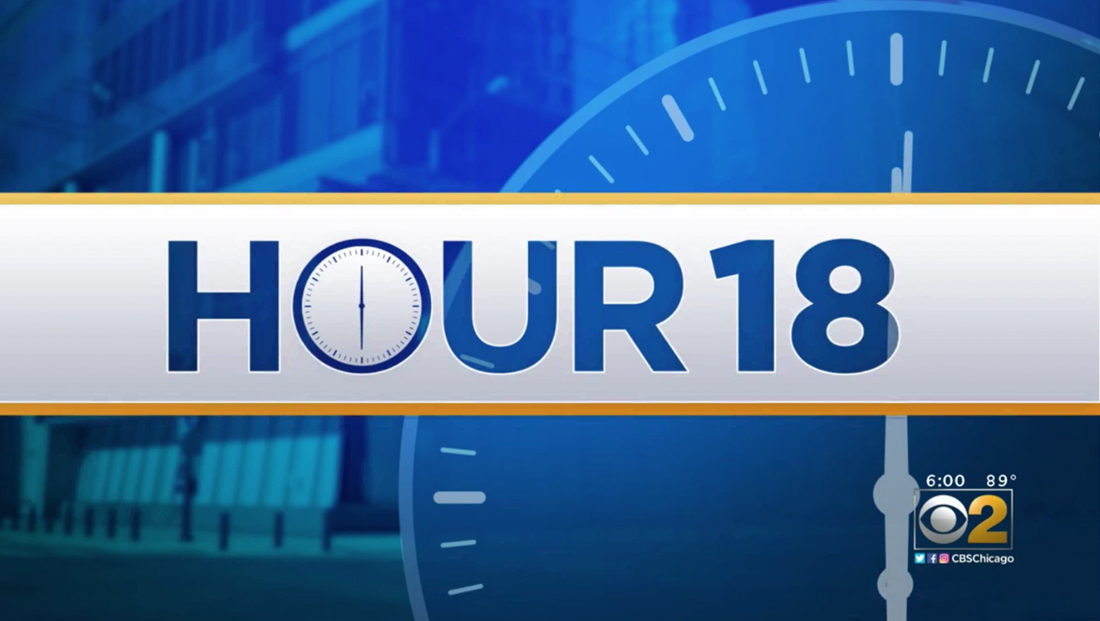 Back in the early stages of the coronavirus pandemic, WBBM in Chicago rebranded its 6 p.m. newscast using a different approach to referring to when the broadcast airs.

NewscastStudio is admittedly running a bit behind the time, as it were, reporting this news but it somehow got buried with the slew of shifts in the broadcast industry over the past two months.

For the debut, the name was subheadlined with “Outbreak in Chicago” and combined a clocked based design (a la “60 Minutes“) with the station’s coronavirus pandemic branding.

Initially the concept included 21 minutes of commercial free news that was entirely dedicated to pandemic updates.

Meanwhile, nearly two months after the “Hour 18” branding was introduced, the station continues to use it, though it now has opens and graphics sans coronavirus branding to encompass broader news topics, including the unrest follow the alleged murder of George Floyd.

In addition to being used on air, the newscast is appearing as “Hour 18: CBS 2 News at 6 p.m.” in most TV provider grids.

The approach does have the advantage of being both unique and giving the newscasts a slightly more edgy, tactical feel.

However, “18” could also be confusing for viewers not familiar with 24 hour time — though the anchors do helpfully remind viewers that it’s the same as saying “6 p.m.” at the top of most newscasts.

Figuring out military time requires taking any number greater than 12 (exclusive) and subtracting 12 from it (in this case, 18 minus 12 equals 6) — but all that might be a bit too much math for someone sitting down to watch local news.

The use of “18” also creates a bit of “number soup” — with the numbers “2,” “6” and “18” all regularly rattled off within the first few seconds of the newscast (plus “21” when anchors mention the extended A block).

WBBM, which historically struggles in the ratings, has experimented with a variety of branding changes — including using “Nonstop News” and “Nonstop News team” in the mornings as well as “Real Time” for weather and traffic.

The station was also hit hard by ViacomCBS layoffs in late May 2020, losing a longtime investigative reporter, morning anchor and meteorologist and more.