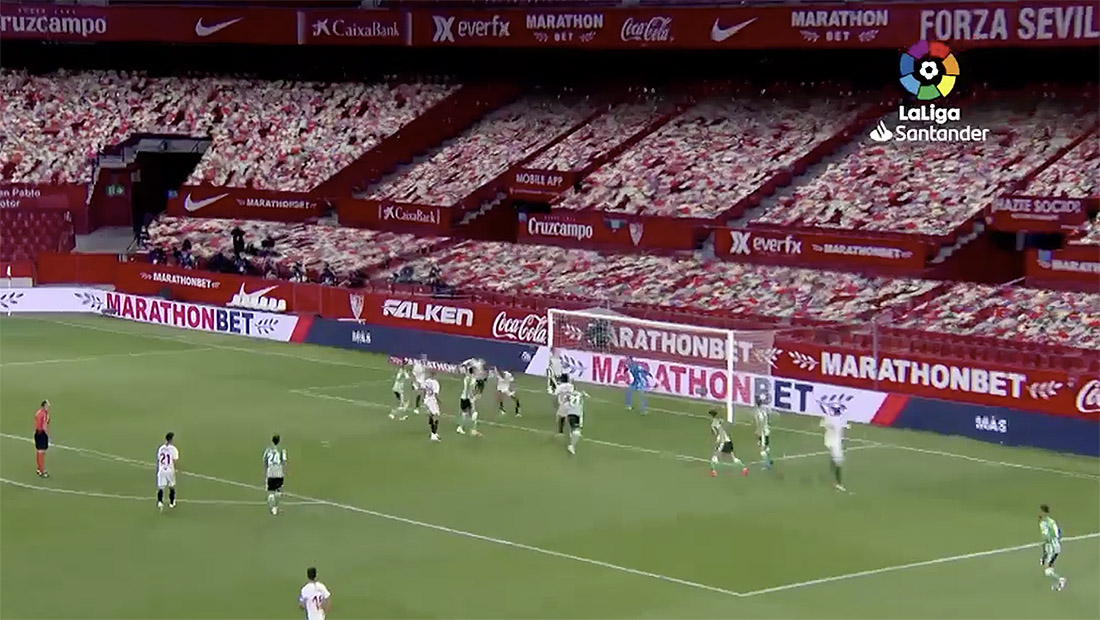 La Liga players in Spain have returned to the soccer pitch post-coronavirus lockdown.

With fanless stadiums, the league is one of the first to bring virtual fans to its empty seats, something many others – including the NFL — are evaluating as a potential option along with pre-recorded crowd sounds.

“The idea is to create a sensation of ‘normality’ in the stands, more than create fake fans. We can do it more photorealistic, but this is not a technology decision. Using camera one it seems real. The colors of the virtual fans will be adapted to each club’s colors to be more realistic, but we don’t try to fool people but offer something more attractive,” said Emili Planas, CTO of production firm Mediapro, in SVG Europe.

La Liga’s Melcior Soler notes the events are entertainment spectacles in an interview with The Athletic, making the virtual fans just another part of the show. 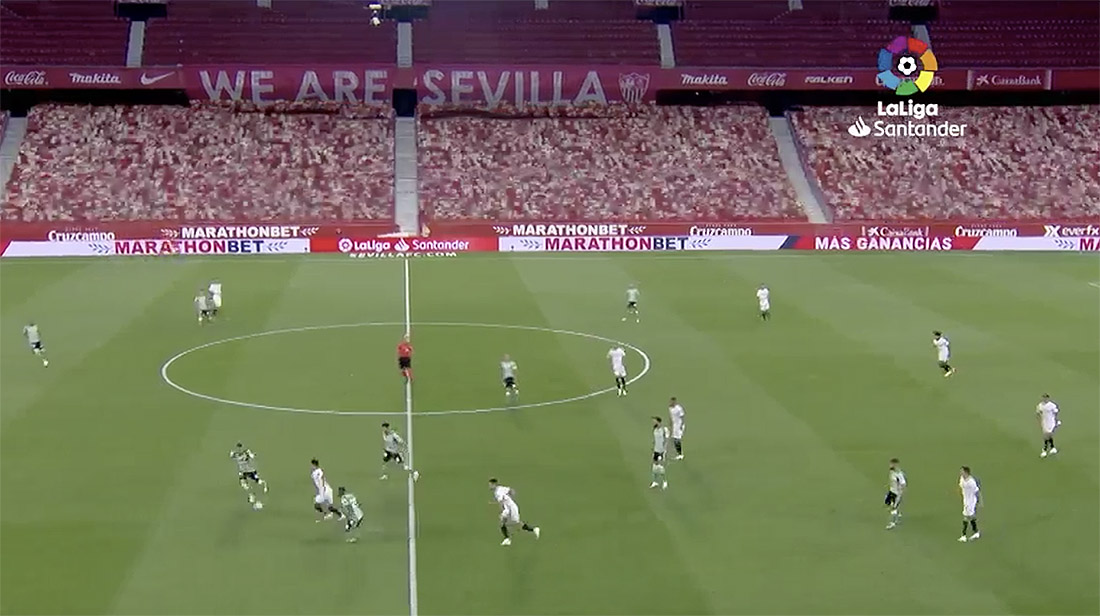 The augmented-reality faux fans for La Liga are powered by Vizrt technology with EA Sports providing the audio.

EA Sports has over 800 sound clips available for the various soccer leagues, which it records regularly for its FIFA franchise. Similarly in Germany, Sky Deutschland is reusing audio from previous games as the soundtrack to new Bundesliga matches.

This is just one approach currently being tested in real-time as leagues and soccer clubs return.

Virtual gatherings and Zoom meetups are also gaining momentum as potential ways to inject real fans into the experience as others, such as the Premier League, have ruled out virtual crowds for now.

In the United States, however, real fans may not have to wait long to return to some sporting events with NASCAR already announcing a slow return to normal.