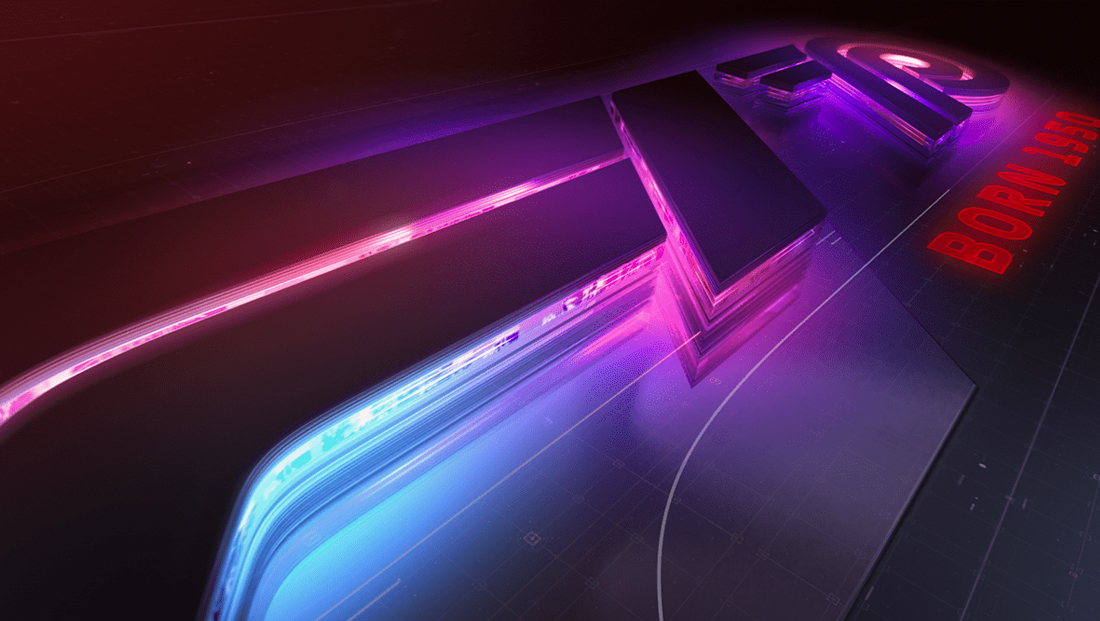 Formula One racing kicked off its 70th anniversary with the Austrian Grand Prix July 5, 2020 with a new open celebrating its seven decades.

The new open, from Drive Studio, starts with a wide, dramatic view of the “F1” logo with a custom “70” added to it using a style that mimics the icon — along with the notation “Born 1950.”

This view includes a 3D version of the logo set against dark background with red, blue, violet and pink accents.

The logo itself has a sort of “edge lighting” effect that become more visible as the view shifts lower within the 3D space.

The viewport then flies in on one of these edges, which reveals itself as a filmstrip style lineup of video and imagery from each of the championship’s seven decades. 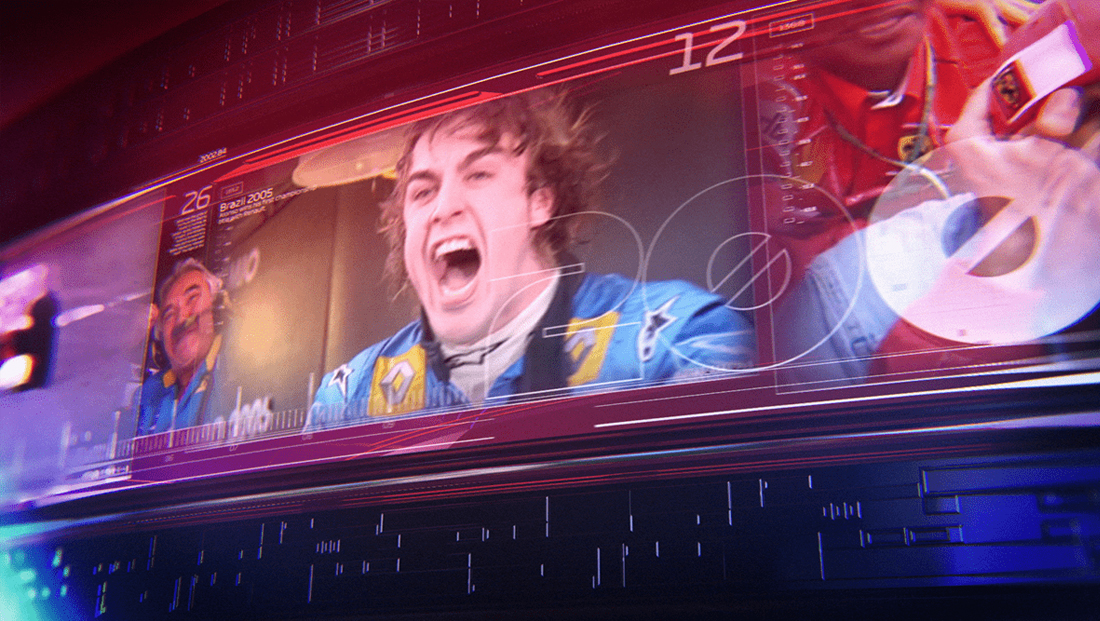 Each decade is denoted with a stylized label while multiple microtext accents — some information, some decorative — appear inside of frame created by the 3D environment.

This imagery is shown on the edge of various parts of the logo, creating a blend of straight, angled and curved rows.

All of these are interspersed with dramatic headshots of some of Formula One’s biggest names.

The final view zooms out to reveal the drivers standing in front of an extreme side view of the 3D rendition of the logo while the logo appears in striking red above.

The sequence airs before all Formula One race telecasts around the globe.