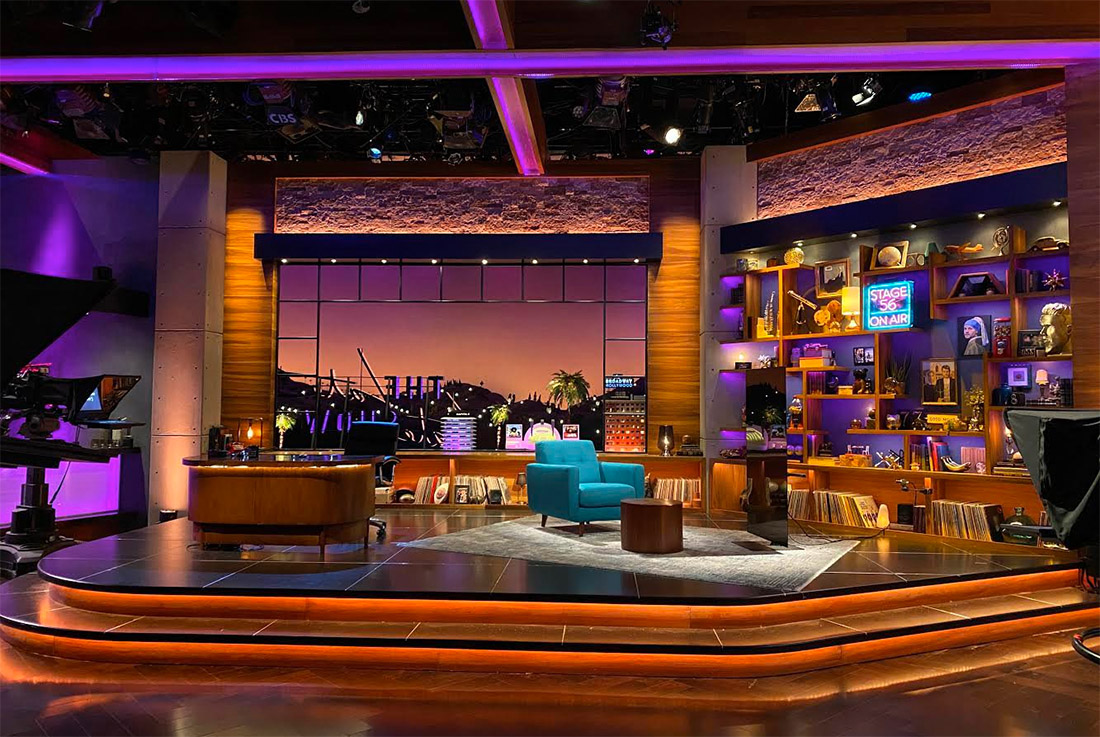 CBS’s “The Late Late Show” is resuming studio production in California on Monday, Aug. 10., with set updates aimed at making the work environment safer for crew and host James Corden.

Gone is the sofa for live guests, with a new teal chair and monitor for remote interviews, while the traditional late-night desk remains.

The scenic walls backing the camera-right side of this area have been updated to cover a Los Angeles cyc with an expanded built-in bookcase featuring a variety of props.

Meanwhile, the window view on the left has been tweaked with new warm wood panels and mullions.

The set’s other main locations, such as where Corden enters each broadcast under a marquee, have been relocated inside the studio. The bar area and band location have flipped sides of the studio.

Some audience seating has been removed, helping facilitate these changes and allowing for more floor space.

Corden borrowed his garage for the past five months to tape the show before returning to Studio 56 at CBS Television City. The original “Late Late Show” set was designed by Anton Goss of Consortium Studios.

“The Late Late Show” set updates follow the moves made by NBC’s “Tonight Show” upon its return to 30 Rock in mid-July, with host Jimmy Fallon relocating to Studio 6A to take advantage of additional space for on-set distancing and LED technology.