‘Inside the NBA’ back in studio with expanded desk 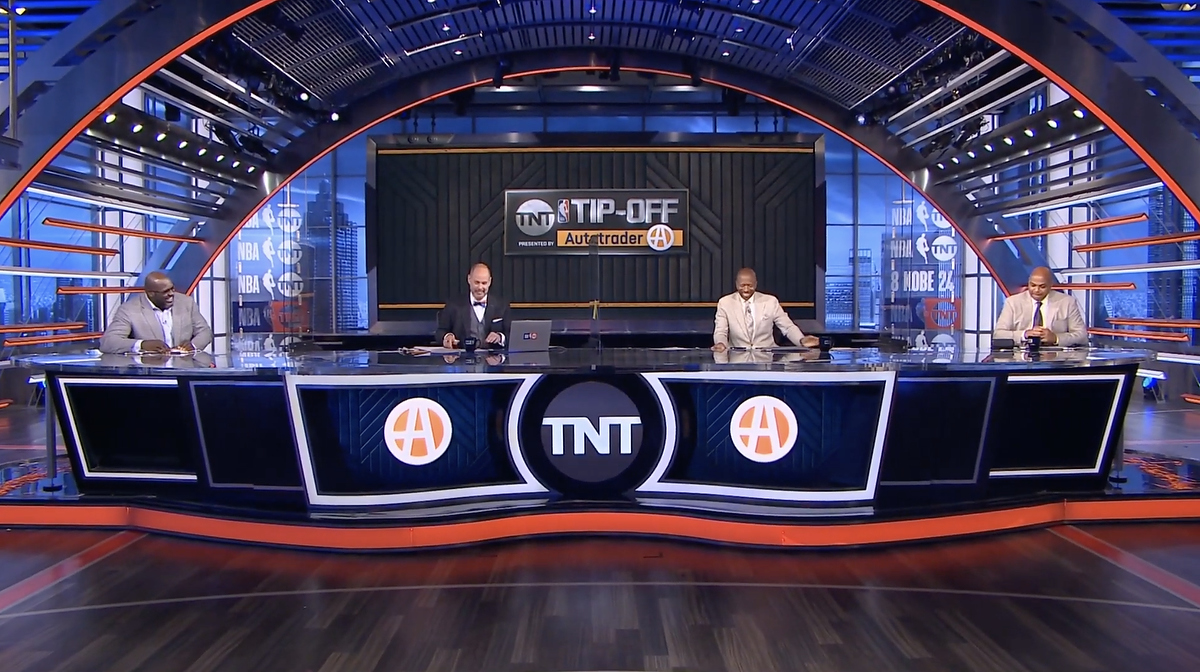 Broadcasting from its normal Studio J home in Atlanta, Turner Sport’s “Inside the NBA” has returned to cover the NBA’s bubble season from Orlando.

Ernie Johnson, Charles Barkley, Kenny Smith and Shaquille O’Neal are all back in the studio situated behind an extended, monster-size desk.

At 28 feet across, the desk and riser appear on-air to span nearly the entire width of the studio providing ample 6 foot spacing for talent. 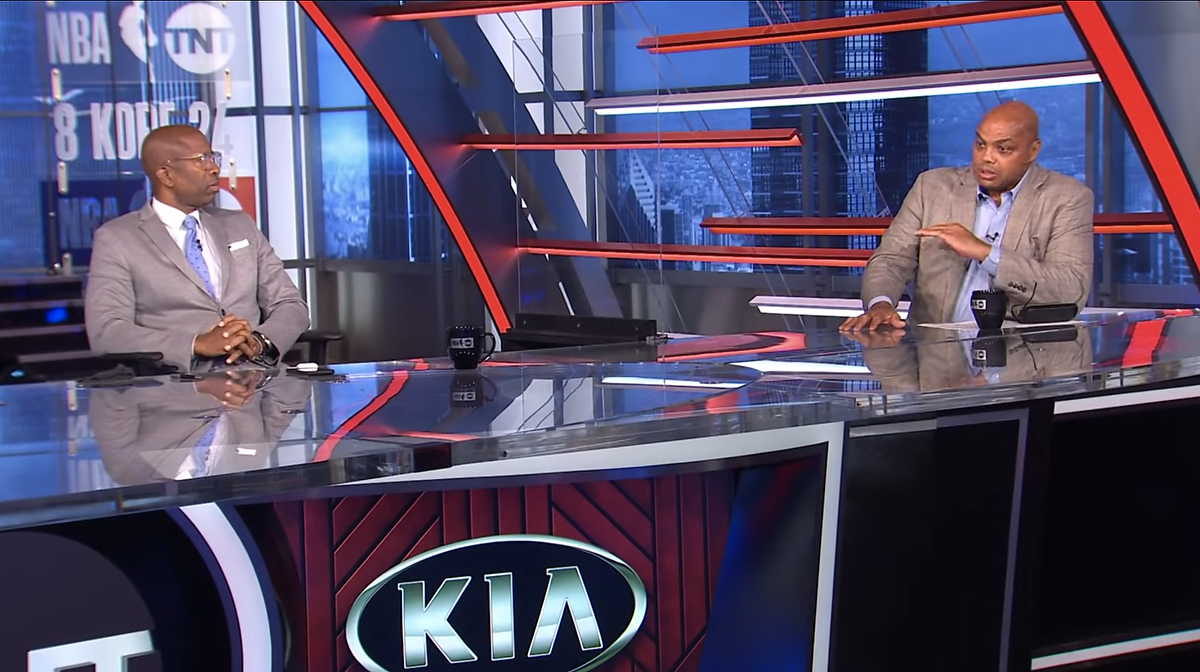 Another upgrade on the desk, and one sure to come to other studio broadcasts this fall, acrylic dividers between each of the four hosts.

Blocking is also updated with robotic pedastal cameras providing most of the shots along with a jib.

“NBA on TNT Tuesday Night,” which debuted earlier this year, is also back in Studio J, however, the show has dropped its special set dressing in favor of simple color shifts. 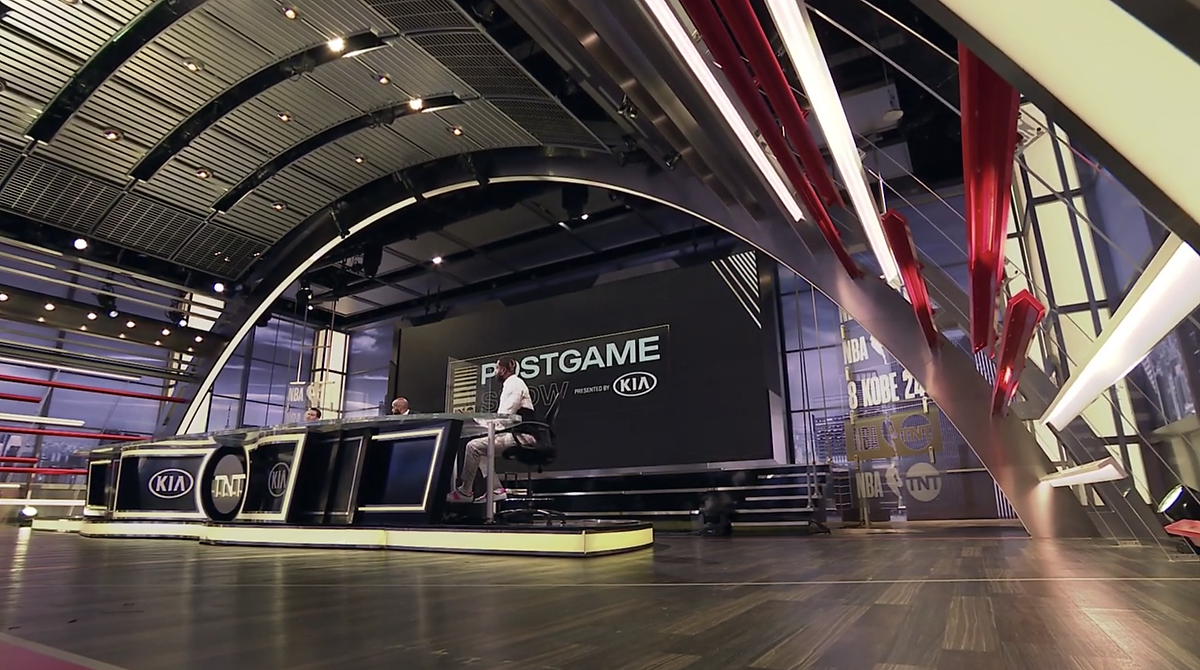