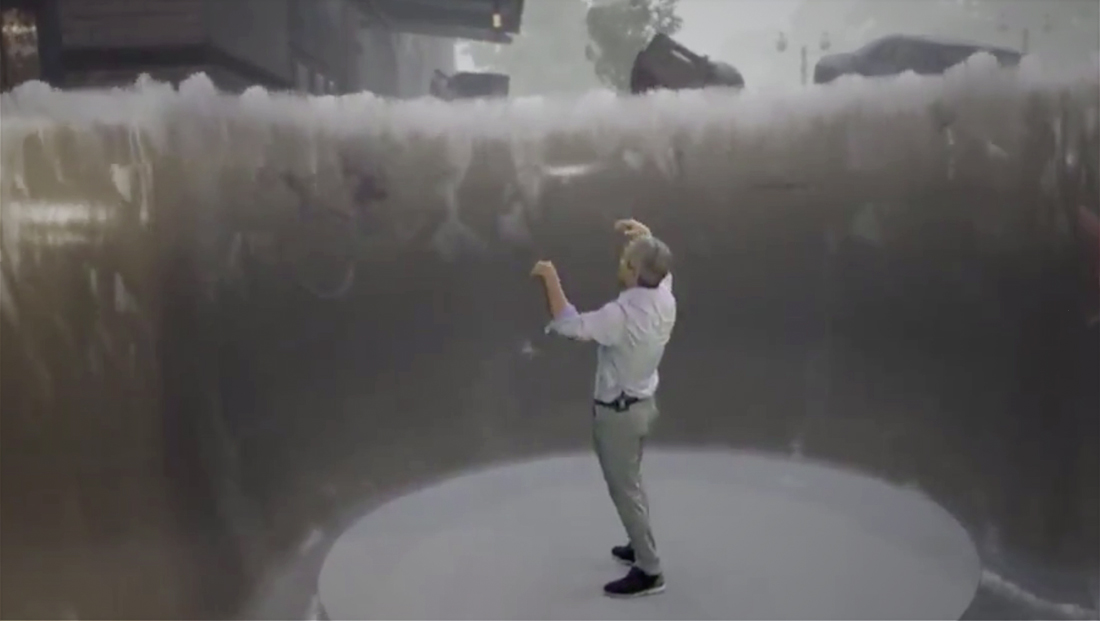 The first features weather expert Greg Postel and focuses on the affects of storm surge.

Postel appears on camera “standing” on a street corner with a “floating” weather map behind him. Later in the segment, the affects of rising water are show using a “cutaway” effect that have appeared on other similar augmented reality segments on the network.

Meteorologist Carl Parker also appears in a similar one focusing on safety.

In many ways, the new videos appear to be less elaborate as some of the other Weather Channel IMR segments — and there’s also some fairly noticeable “glow” from the green screen behind Postel — both of which could be explained by pandemic related production challenges.