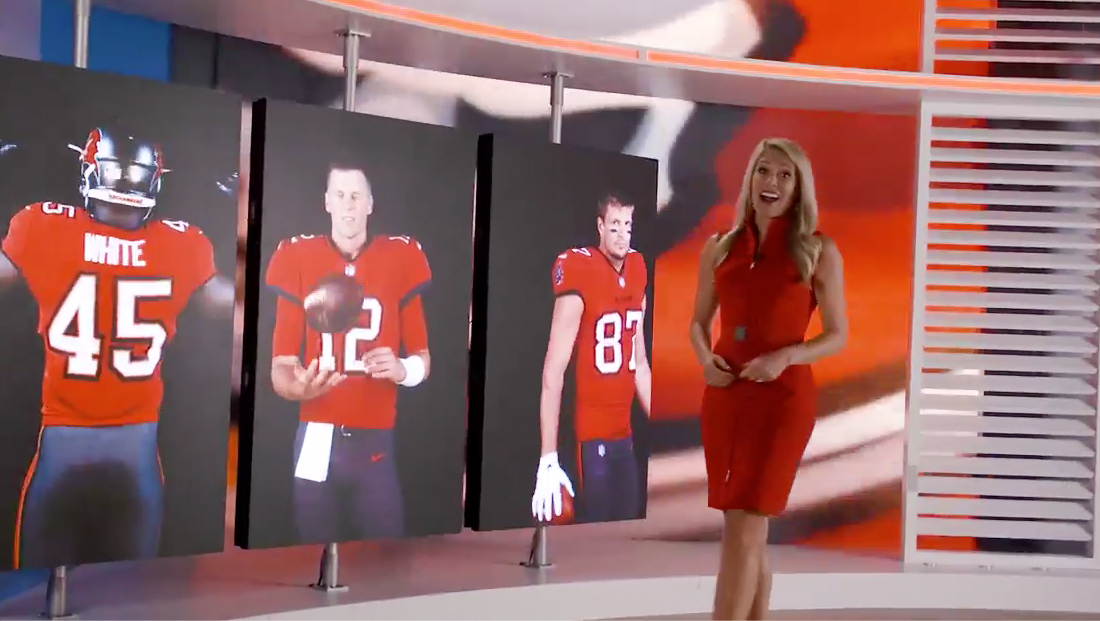 WFLA, the Nexstar owned NBC affiliate in Tampa, Florida, leverages the station’s recently installed new set prominently in a promo for its broadcasts and coverage of the hometown NFL team’s games.

For the promo, almost every area of the set, which debuted earlier this summer, is used by the station’s sports team.

The promo also takes advantage of the studio’s multiple video wall installations from Digital Video Group to showcase oversized Tampa Bay Buccaneers imagery behind both talent and other LED panels.

In the studio’s standup area, the three vertical LED arrays feature stylized video clips of players while the team logo appears on the lower resolution LED wall behind it.

Similarly, the main anchor desk area also becomes decked out with the Bucs’ colors and logo thanks to the video panel array installed here, which typically displays cityscapes.

The design, from FX Design Group, also appears by itself in some shots, including a view of a color station logo gobo on the floor and video arrays by themselves.