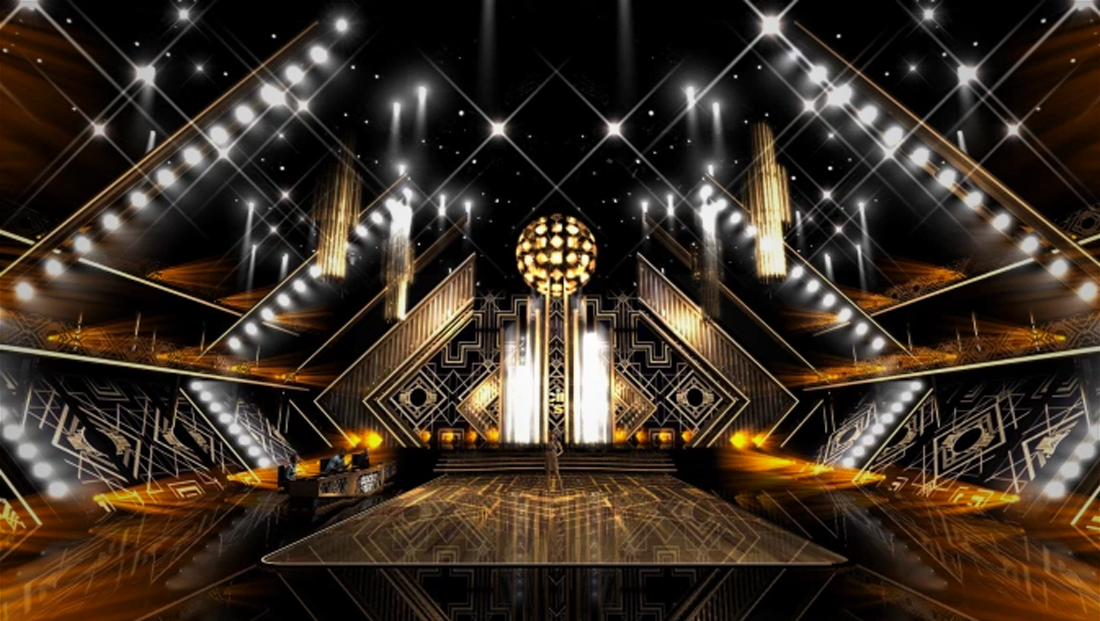 When ABC’s reality dancing competition “Dancing with the Stars” returns Sept. 14, 2020, the show will have a fairly familiar look — but there will be some changes.

Most notably will be the lack of a studio audience due to concerns about coronavirus (watch a promo for Season 29).

The show is using the new set that debuted at the start of Season 28, but the design team has modified it by “filling in” the sloped audience risers with video panels that tilt to match the diamond shape used throughout the design.

This was done to prevent viewers from seeing empty seating or risers cloaked in darkness, much like ABC’s revival of “Who Wants to Be a Millionaire” was forced to do earlier in 2020.

The judges’ table has been widened to give eight feet of social distancing between them — similar to how game shows “Jeopardy!” and “Wheel of Fortune” have tinkered with their set layouts to promote social distancing.

Viewers also won’t see the sometimes elaborate themed scenery or set pieces that were often wheeled onto the dance floor in order to cut down on the number of in studio crew members needed to produce a show.

The show has also removed the skybox area to encourage social distancing.

For the dance studio used for rehearsals, which is a a quasi-set and makes frequent appearances on the show, robotic cameras have been installed to capture the action, instead of having camera operators in the studio with the celeb and coach.

“Dancing” has also lost a popular judge due to the pandemic — Len Goodman was sidelined.