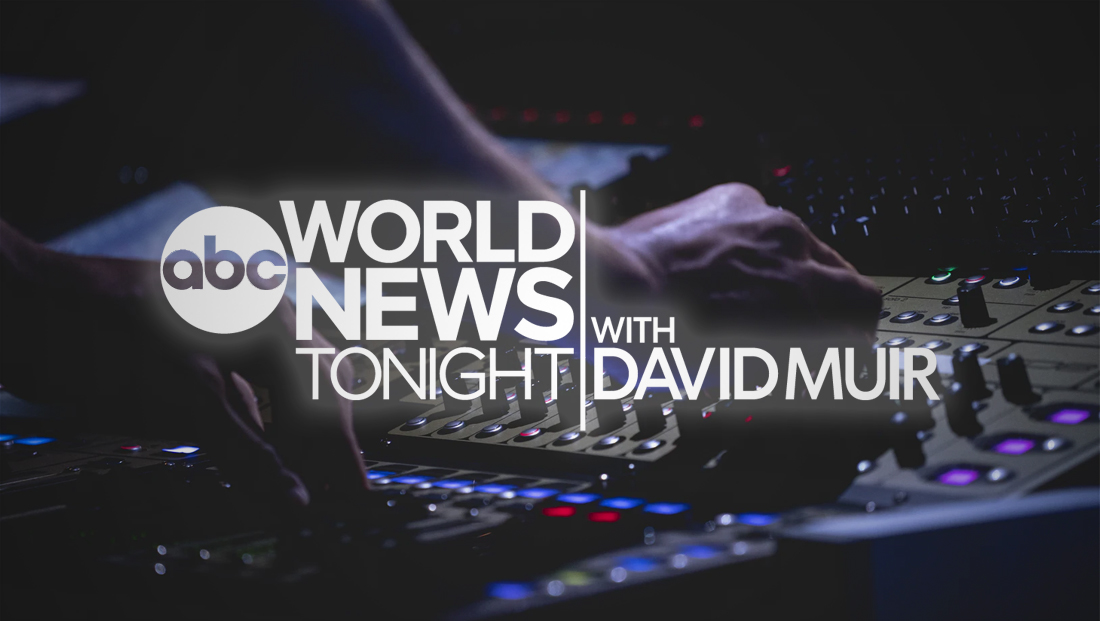 Along with debuting from a different part of Studio TV3, “ABC World News Tonight” also introduced some updates to its sound.

While hints of the signature have remained in most ABC News productions’ theme music (particularly the four-note in the form of drum-like beats), this is one of the most prominent use of the full signature of late.

The show’s previous music was from Hans Zimmer and Steve Mazzaro of Remote Control Productions — Zimmer is famous for his work on numerous Hollywood blockbusters — and his version of the theme had been used since 2012.

“We thought it was the right time to usher in a revamped, refreshed take on it,” an ABC source told NewscastStudio.

According to Network News Music sources, the new theme isn’t actually all that “new” — it was actually composed back in 2002 by Edd Kalehoff but never made it to air (prior to 2012, the show used different music).

The Remote Control music is still being used as a bed in the headline teases that run before the open.

Another change is a new announce track that switched to saying “From ABC News world headquarters in New York, this is ‘World News Tonight’ with David Muir.” There is also now a slight pause after the show title and before the announcer says “with David Muir.”

The new voice is a bit more “upbeat” than the previous one.

Previously, the slightly more subdued announce read “From ABC News, this is ‘ABC World World News Tonight with David Muir,'” with the reference to anchor name eliminated on weekends.

The new “World News Tonight” announce also returns to referencing the networks “world headquarters” — something that all three big three networks did at one point.

“NBC Nightly News” eliminated that part of its announcer’s voice in October 2017 and CBS hadn’t used it consistently for years — but did add “reporting from the nation’s capital” to the “CBS Evening News” moved to Washington, D.C. in December 2019.