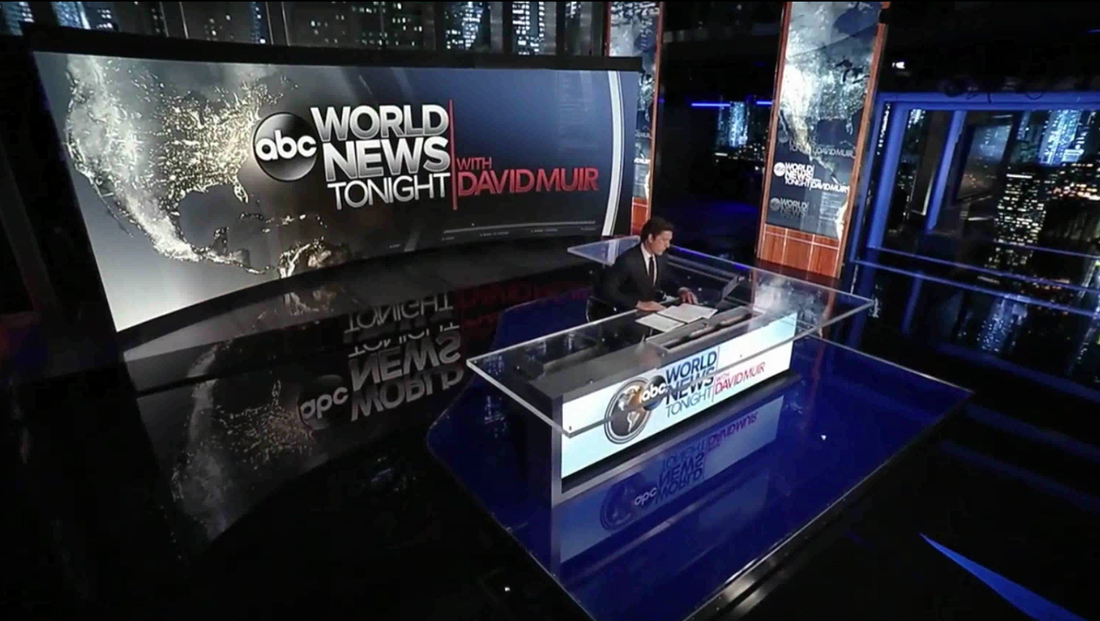 “ABC World News Tonight” returned from the long Labor Day holiday with some updates to how its top rated newscast looks and sounds that debuted Sept. 8, 2020.

The first change was a physical relocation to the main portion of the new Studio TV3 set that the network debuted as part of its Super Tuesday coverage in March 2020.

However, anchor David Muir has been relocated and now broadcasts from the center of the main part of the set, which was previously used for special coverage.

The network wheeled in the same anchor desk and positioned it in front of the motorized curved video wall on one end of the studio — a look that mimics the show’s old set, which was in the same space, but dismantled in the months leading up to Super Tuesday.

Since TV3 officially reopened in March, the broadcast was able to largely replicate the look of the old set thanks to TV3B’s seamless video wall.

That space, however, doesn’t have the ceiling height of the main area Muir now anchors from, so wide shots such as the one typically used to intro the kicker segment “America Strong” weren’t quite as impressive.

The show also returned to showing a wide view of the set at the tail end of the announce — a shot that gives viewers a view of the curved video wall showing an oversized version of the show’s logo along with dark cityscapes filling many of the other visible video arrays — while the LED “columns” are filled with a stylized world map graphic set against a red background.

This is one spot that might need a bit of refinement — during Sept. 8’s broadcast, the control room switched to the wide view and then faded to Muir’s one shot (which, like before, slowly pushes in) but the video wall behind him briefly showed a cut off version of the logo before fading to the topical graphic of wildfires. 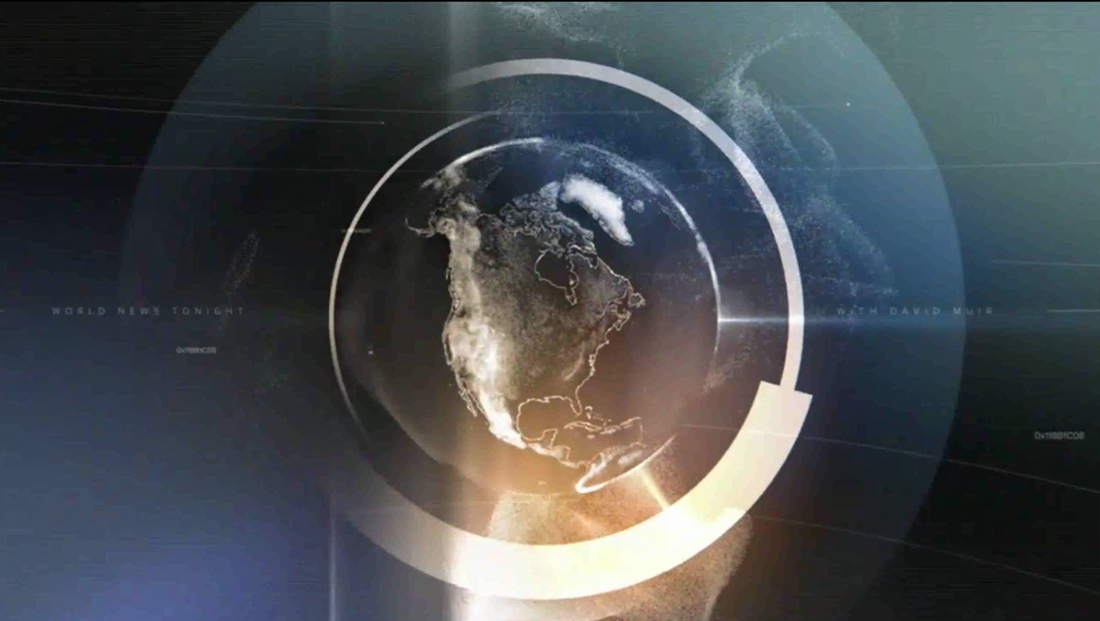 In addition to the set shift, “World News Tonight” also debuted a new open that runs a bit longer and starts with bright burst of light that reveals a rotating globe and surrounded the segmented rings — which have some visual similarities to both the old open and title as well as what’s used on “Good Morning America.”

There is then a series of closer views of various part of the globe with a myriad of horizontal light bursts.

The first and last scenes in the open also incorporate microtext and other tiny accents, a common motif in the broadcast’s look for several years. 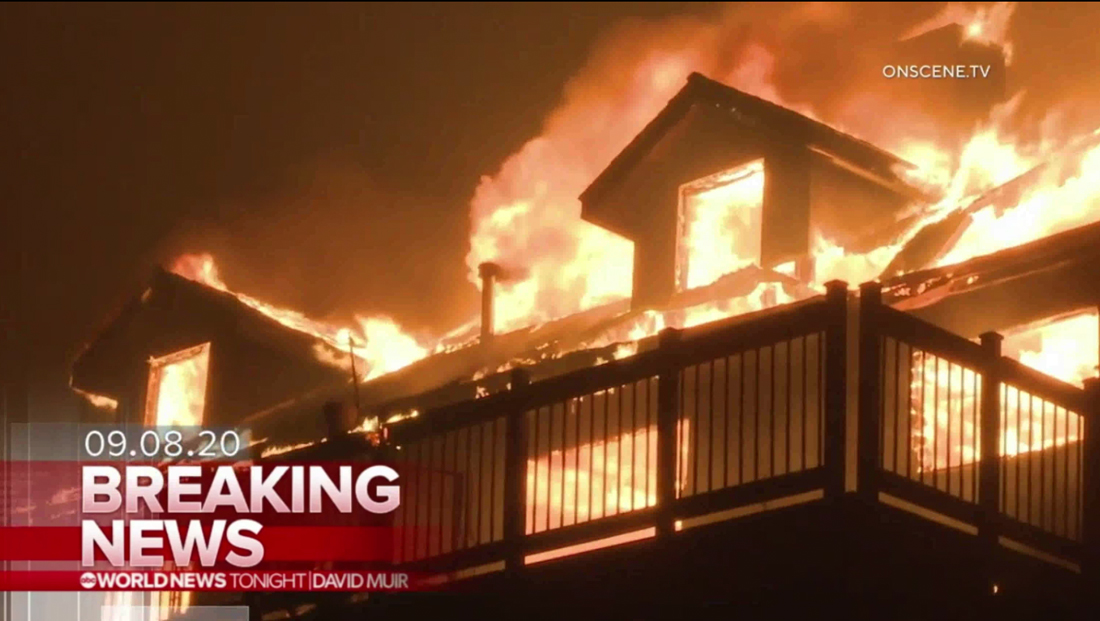 The text used in the tease headlines part of the broadcast also got a bit of an update Sept. 8 — they still use the frosty boxy layers and scrolling microtext, but the the look has been refined to make the tiny text less legible (previously you could almost make out the words and numbers on them). 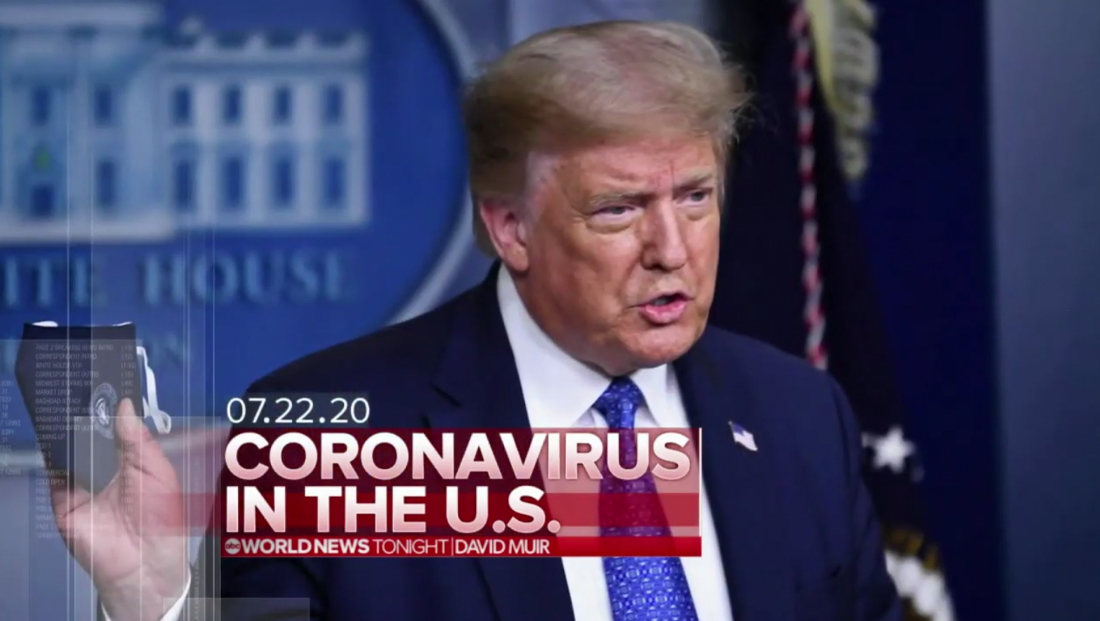 The old look for teases.

The new look isn’t as boxed in as the old design — and also eliminates the horizontal pipe at the far right of the screen that often resulted in some odd “trapped white space” depending on how the day’s headlines stacked up. Instead, the backgrounds are more gradients that fade out on the right side of the screen.

Also gone is the “floating” animation effect on the text — instead it just switches behind a fullscreen wipe that uses the same globe look from the open.

A final change is that the tease graphics now used the entire 16:9 aspect ratio width.

Notably, however, the graphics updates did not change the show’s primary lower third banners — including the traditional ones use for headline banners and identifiers or the red and white ones typically used during extended anchor intros to the top story.

These both also stay within the 4:3 safe area.