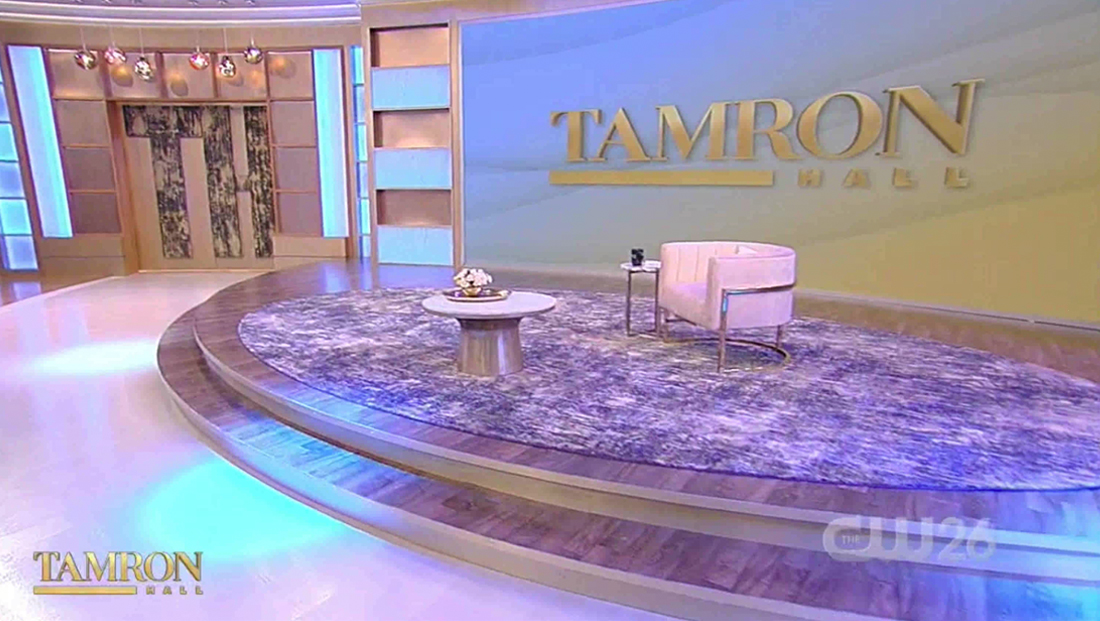 Syndicated talk show “Tamron Hall” returned for its second season with some on air updates — some of which carried over from the look the show began using during at home editions earlier this year.

The show kicked off its second season Sept. 14, 2020, with an updated set inside Studio TV2 at the ABC building in New York City.

Like many shows, Hall taped new shows from home in the spring and into the summer due to the coronavirus pandemic.

“Tamron” normally tapes inside the West 66th Street building that is also home to “The View,” “ABC World News Tonight” and WABC’s streetside news studio that was vandalized last week.

The core of the original set was kept, but a variety of updates — both thanks to lighting cues and hard elements, gave the space an updated look. Seth Easter provided the set updates with The Lighting Design Group’s Dennis Size updating the lighting. 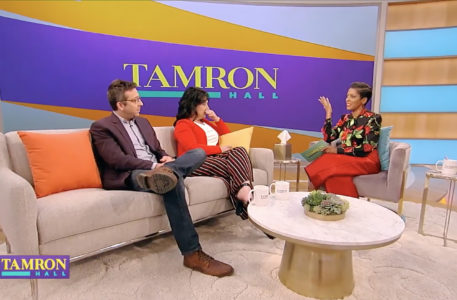 The most obvious change is the lack of a studio audience; the show removed the audience seating but kept the risers in place, presumably in anticipation to returning to regular production at some point in the future.

“Tamron” also added a half wall near the bottom of the audience area and positioned a PTZ camera behind it.

Without an audience, the show also doesn’t use the mini “stages” amid the audience that Hall would often present segments from.

Many of the other updates appear to be aimed at better matching the gold toned opens and graphics the show introduced while filming from Hall’s home.

The show has switched to a pale blue as the “default” color used in the backlit bands along the primary set wall as well as in key on set graphics.

The riser for home base has also been enlarged — instead of floating in the middle of the studio it now buts right up against the primary set wall.

The new arrangement is likely helpful in spreading out guests and Hall better, while also making it flexible enough to be used for in studio demos and performances as needed.

Hall’s Season 2 opener did not include any in studio guests but instead relied heavily on an exclusive interview with former Democratic Florida gubernatorial candidate Andrew Gillum.

Originally, the backlit bands were fed rich orange and violets to match the graphics that had violet, teal, yellow and oranges abounding.

The show has kept its original logo — with “Tamron” in an elegant fashion magazine style serif and “Hall” below in sans serif at the far end of a thick bar.

The “TH” on the studio doors, which were previously backlit, have been swapped out with a more textural pattern that’s also found in the carpeting on home base as well as the wall behind the doors.

Other updates include adding pendant lighting above the entryway.

“Tamron” also continues the use of a “virtual audience” on the video wall to the far right of the set that appears behind Hall as the camera pushes in on her one shot to start the show.

Over the course of the spring and summer, “Tamron” also had a coronavirus themed open that mixed grays and reds with the gold look.

It would then switch to an “at home” version of the gold open that mixed in shows of Hall’s home studio setup as well as studio and other footage.