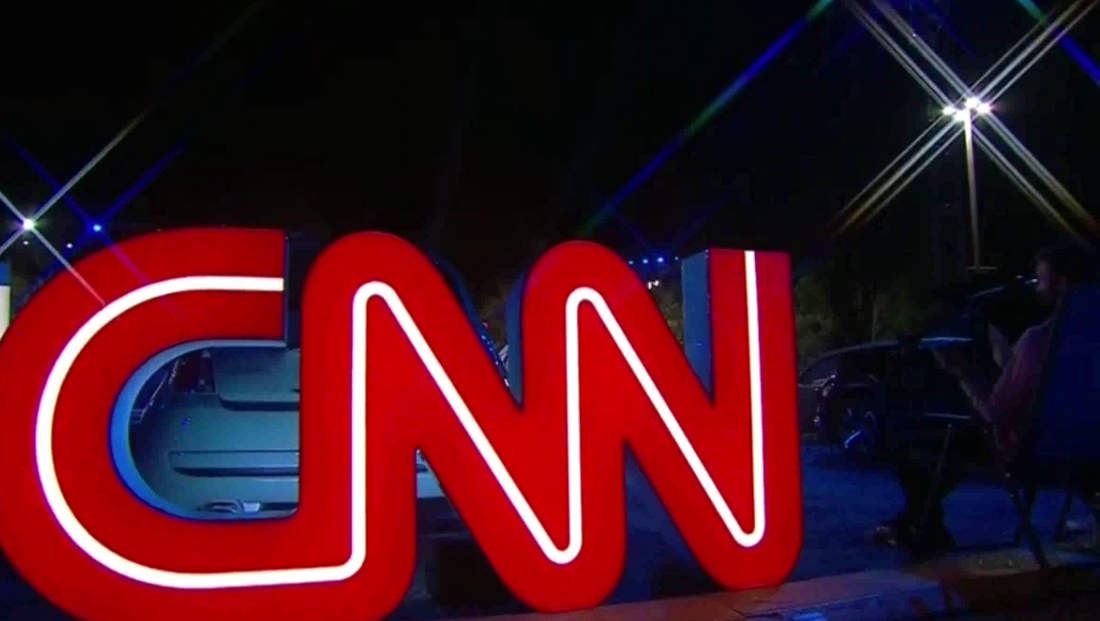 So many things on TV look a bit different these days (all together now) due to the coronavirus pandemic — from spaced out lecterns on a quiz show to the use of “the white thing” on a game show — so it’s not at all surprising that CNN produced its first “drive in” town hall.

CNN opted to not only employ social distancing (like ABC did in an indoor auditorium earlier this week) but also hold the event outdoors to presumably improve air circulation.

Participants gathered in the parking lot of PNC Field, a minor league baseball stadium in Moosic, Pennsylvania, just outside of Scranton, for the event, having the option to view the event from their vehicles or stand or sit outside of them.

The result ended up looking like a surreal hybrid of a drive in movie theater scene from “Grease,” car commercial encouraging viewers to explore (again, all together now) the great outdoors and a used car lot.

Inadvertently driving home that look was the large, internally lit CNN logos that were set up both on stage or amid the audience — at times making it seem like the only thing missing were dancing windsock men, colorful strips of flags and bobbing balloons.

Additional, more traditional LED installations on both sides were used to showcase both network branding and a live close up of Biden and Cooper to give the in person audience a better view.

In front of the stage, down on the grass, was a small riser with microphone that allowed audience members to ask questions.

CNN also lit up the row of trees surrounding the parking area with portable lighting units and added a glass railing with its logo frosted on it.

It’s likely that the stadium didn’t want vehicles driving on the actual field, meaning the broadcast couldn’t take advantage of the super bright lighting typically pointed at the action.

The network also set up multiple camera positions facing the stage that were semi enclosed — likely to protect the gear and operators from the possibility of inclement weather while also providing a physical barrier from audience members.