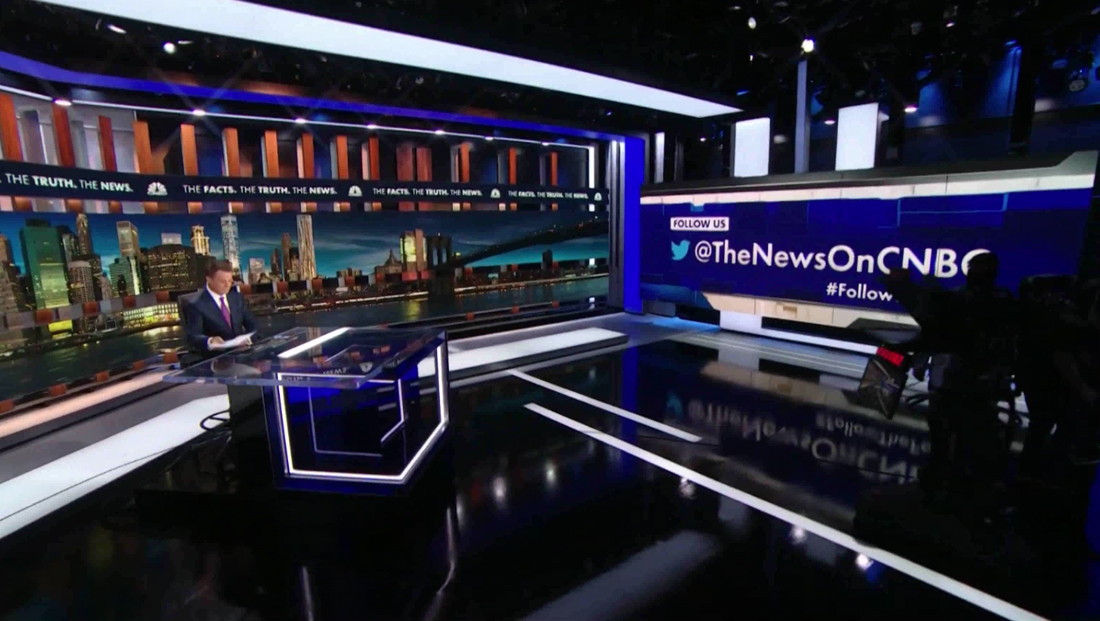 A little over a month after its premiere, “The News with Shepard Smith” finally made the moved to Studio B and its dedicated, custom built set that has been in design and construction over the past few months.

There’s a complete look at the design strategy behind the studio here so this post will focus on a roundup of how the set was actually used on its first night out.

The show kicked off with a brief shot of anchor Shepard Smith in front of video wall view of New York City from New Jersey that the network specially commissioned, according to Steve Fastook, senior vice president of technical operations for the network.

During other parts of the broadcast, the angled, three band “west wall” was used to display an oversized version of the show’s logotype and 3D cube motif as a sort of generic background. 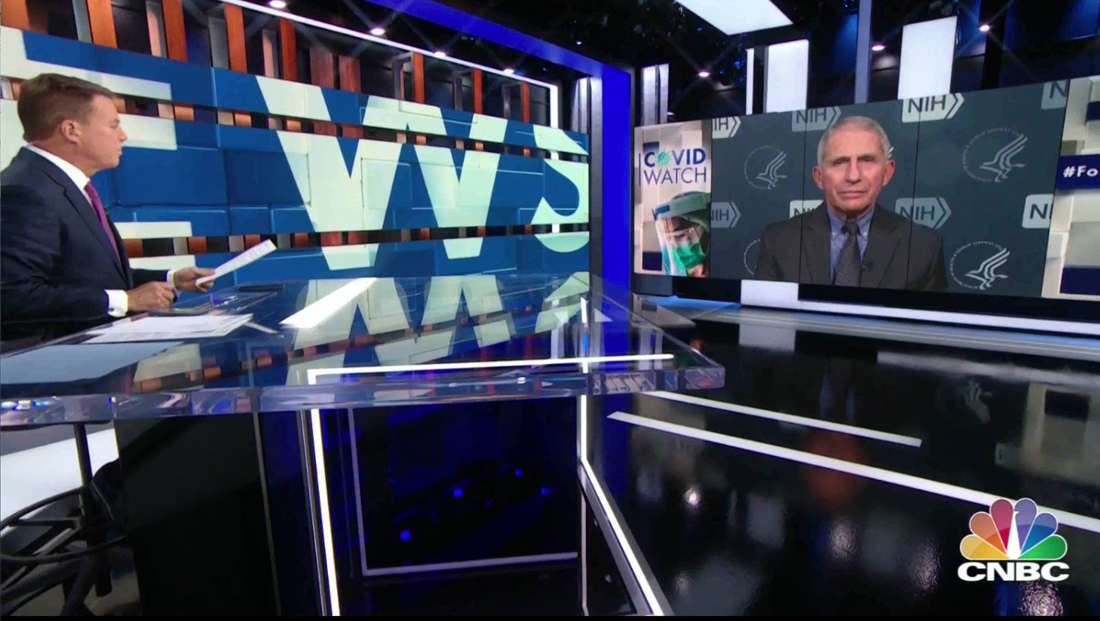 For many of anchor segments, Smith appeared against a mostly blue cube background with a diagonal white overlay that appeared to be strategically placed to server as a “canvas” for OTS elements inserted over the camera feeds. 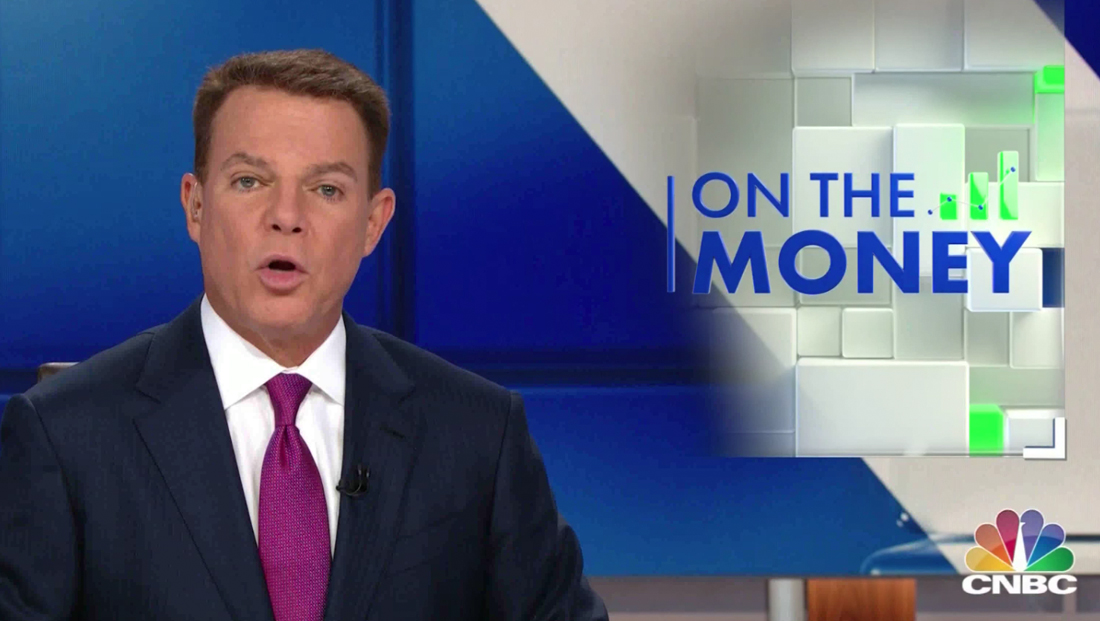 One of the show’s new OTS graphics.

These OTS elements featured an L-shaped bracket in the lower left and roughly took on a square shape, though they faded out toward the top of the screen and the left side closer to Smith.

At the end of the show when viewers were treated to a wide view of the studio, the show’s “The facts. The truth. The news.” tagline ran, ticker style, on the smallest portion of the north wall’s three LED panels.

The segment was also used as a “header” element for more elaborate graphics, such as for the name of the “Coast to Coast” state news roundup. 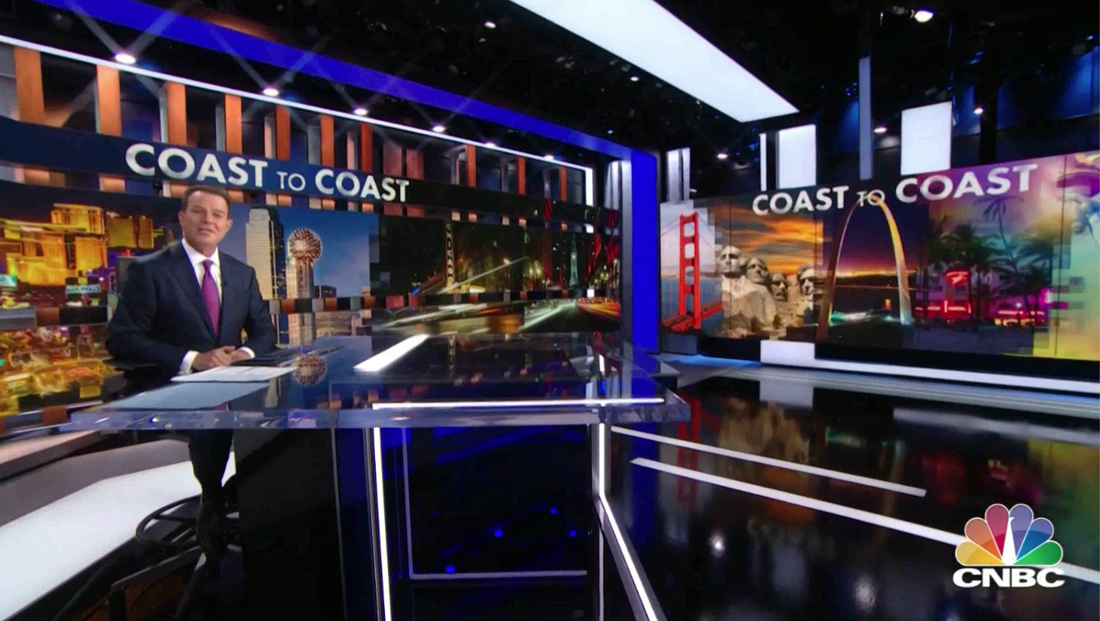 This anchor intro also incorporated the use of the north motorized video wall.

Notably, however, although this five segment wall appeared on screen extensively, the segments, including the center one that can jut forward, was not used in any different configurations.

“We are taking a phased approach and will begin utilizing additional features of the new set in the coming weeks,” Fastook told NewscastStudio.

“The News” also used the north wall in the show’s revamped open — with fullscreen graphics segueing into a “walk and wander” floating camera shot that moved out to reveal each part of the “facts,” “truth” and “news” slogan.

Smith also stood on the illuminated riser between the west and north walls for a standup intro to a story on COVID-detecting dogs that filled both video walls with topical imagery and video.

As with any debut, there were a few bumps in the road — including one where a handheld camera operator was moving to showcase closing Wall Street numbers on a mobile video cart borrowed from Studio A and set up in one corner of the flexible corners of the set designed for standups and future in person interviews.

After a smooth movement away from the north wall, the operator appeared to slip or bump into something — causing the shot to veer off axis briefly.

Hope the camera operator is OK after this little 'run in'… pic.twitter.com/tie1r9Weq3

There was also a graphics glitch after the broadcast ran a “The Vote” stinger and began discussing voter turnout — with a “COVID Watch” OTS appearing on screen next to Smith.