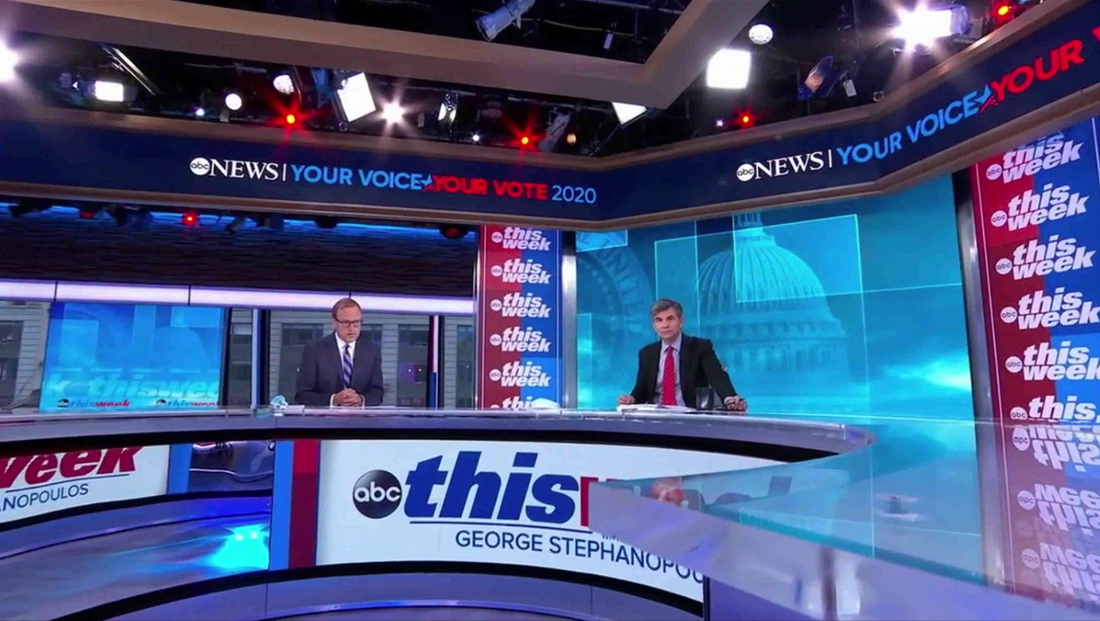 CBS News‘ “Face the Nation” broadcast from the purpose-built election HQ set inside the ViacomCBS building in Times Square, but the set debuted on “CBS Evening News” on Oct. 26, 2020.

ABC’s “This Week,” which normally splits time between New York and Washington, D.C., used the second floor of the “Good Morning America” studios in Times Square that’s usually home base for “GMA3: What You Need to Know.”

Since the coronavirus pandemic began, “This Week” has largely been originating from the first floor part of the studio, where its moderator, George Stephanopoulos, also anchors “GMA” from on weekdays.

ABC News is planning to use Studio TV3, which is home to “ABC World News Tonight” and other special coverage, at its Upper West Side headquarters for most of its election night coverage.