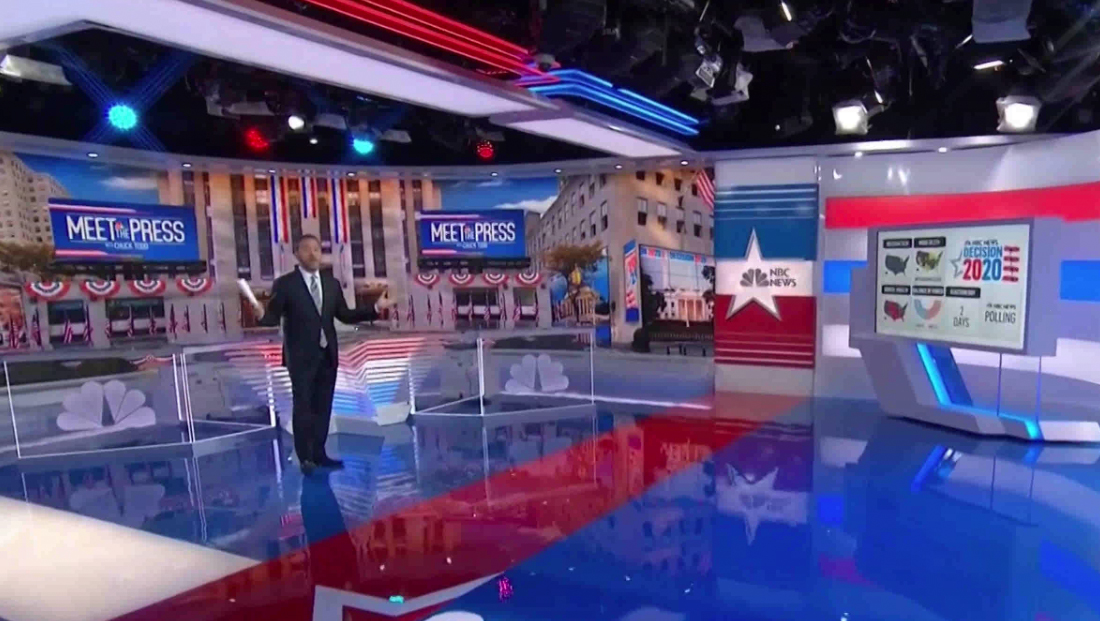 The network is using Studio 1A, normally home to “Today” as is election headquarters — similar to how it was used for convention and debate coverage earlier in the election cycle.

Like for those broadcasts, the main anchor desk is set up against the 40 foot curved LED video wall installed in 2018 as part of a studio refresh that eliminated the one on one interview and sofa areas that had long been part of the set.

The network is once against using the “stacked star” desk it often uses for political coverage, but it’s been expanded significantly with edge-lit acrylic, presumably to allow for better social distancing with on set talent.

Also like other political coverage, the network installed a star-shaped “NBC News” panel where there is normally a “Today” logo on the far right of the video wall.

However, for the 2020 election coverage, the network brought in new set pieces from Clickspring Design and built by blackwalnut.

For starts the “production area” of Studio 1A with sliding LED panels is now covered by a solid striped wall that curves around and covers the load in door (decorated with parts of the “Today” logo) as it heads toward the video wall area.

During “Meet the Press,” this area served as a standup area by using the mobile video cart that’s often used for weather on “Today.” 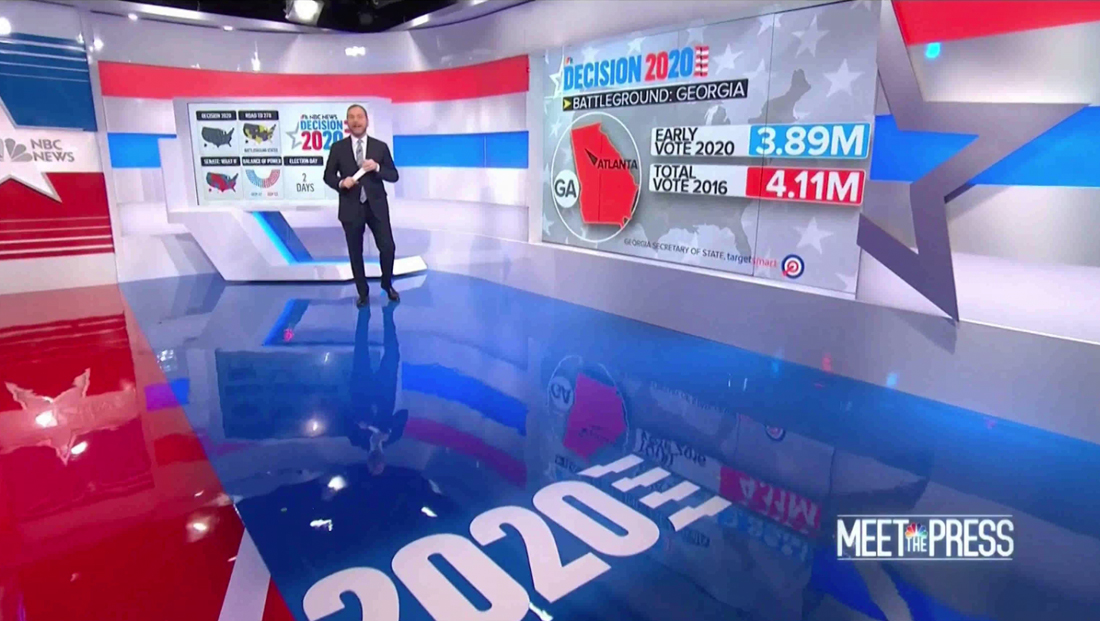 The solid wall features a “window” that allows the LED panels to peek through and serve as another background element — with a half of a star, a look borrowed from the “Decision 2020” logo, on the far right side of the cutout.

On the opposite side of the main video wall, NBC left the “Today” sunrise logo acrylic sculpture in place this time around but added an additional video wall to the left of that with a monotone “Decision 2020” logo along the top.

This segment juts out in the middle of the studio and creates a bit of physical separation from the rest of the studio. 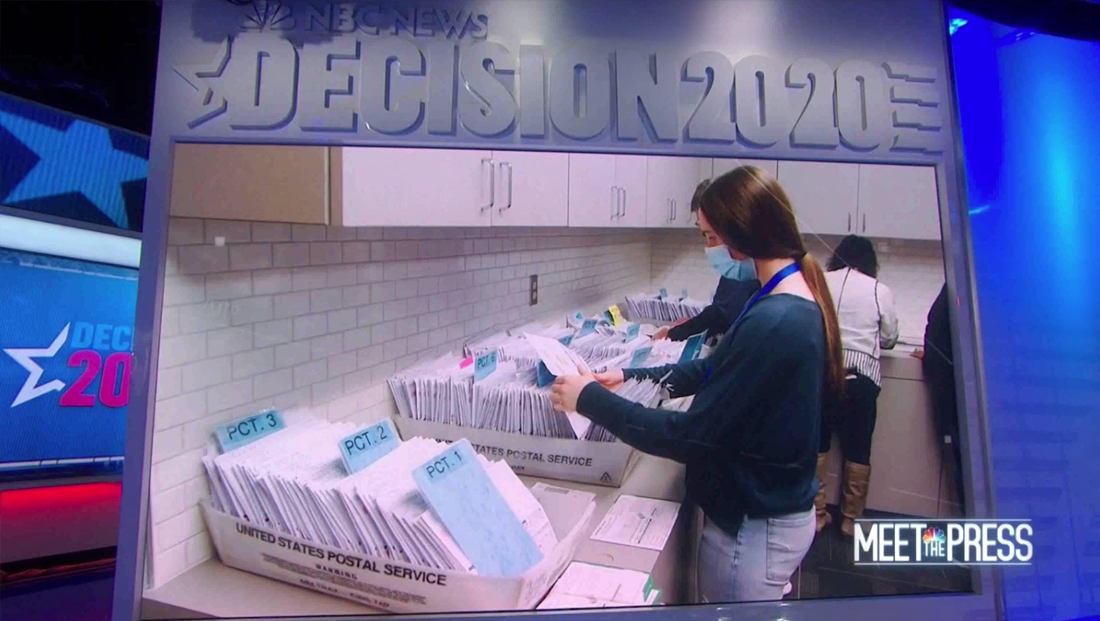 The new video wall segment added to Studio 1A for NBC’s election coverage.

It also appears that the network brought in some additional LED panels to at least partially cover the windowed corner of Studio 1A that normally is used as the “Today” home base.

It wasn’t immediately clear on “Meet the Press” Nov. 1 what other changes have been made in the “Today” home base area or how the Orange Room may have updated.

In previous years, the windowed corner hasn’t been used during election coverage, but the Orange Room has sometimes been converted into a combined work area and data standup area.

Other updates for the 2020 election include additional lighted elements in the L-shaped header that frames out the main video wall and an updated floor.

Much of the floor is now a glossy blue with white and blue bars arranged in a way that mirrors the header element above.

There’s also a “2020” graphic set at the corner of these two bars with the half star and “waving” stripes element also borrowed from the “Decision 2020” logo design.

It appears updates to the space may have started late last week, because during the Oct. 30, 2020, edition of “Today,” co-anchors Savannah Guthrie and Hoda Kotb opened the show from in front of the video wall, rather than the windowed area where home base normally is.

They were seated at a new anchor desk that appears to “float” above the floor and also has elements that look similar to the circular header element found at the new NBC Washington bureau.

As news came that some stores in Rockefeller Center are boarding up their windows, perhaps as a precaution against protests following the election, it also appears NBC may be opting to avoid using Studio 1A’s famous windows too — as mentioned, at least part of them appear to be covered by LED panels and the show hasn’t use the windows as a background element since last week (“Sunday Today” was produced with anchor Willie Geist seated in front of a TV monitor with a loop of the view from the windowed corner of Studio 1A Nov. 1).