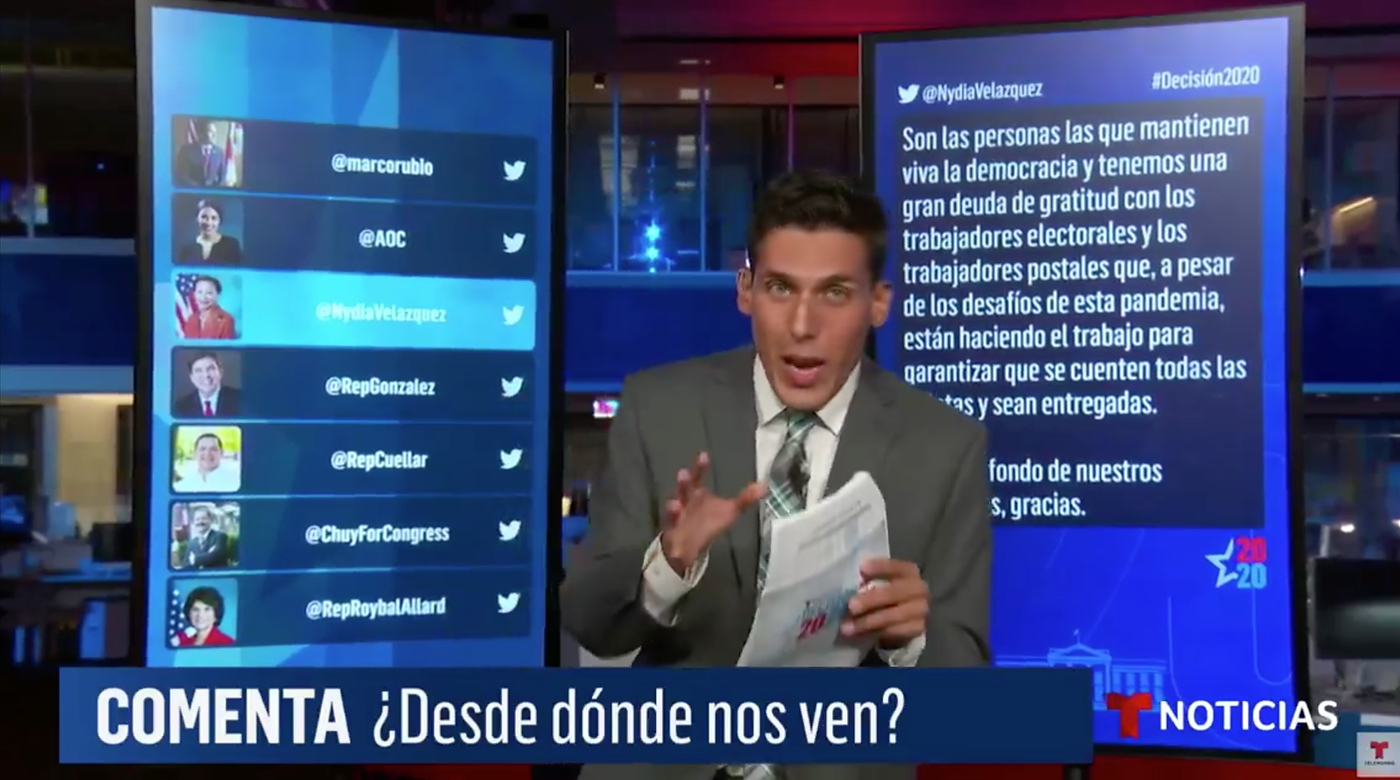 While the English language news networks have opted to not feature social media heavily in this year’s primetime United States presidential election coverage, Univision and Telemundo both included the public’s voice through varying tools. 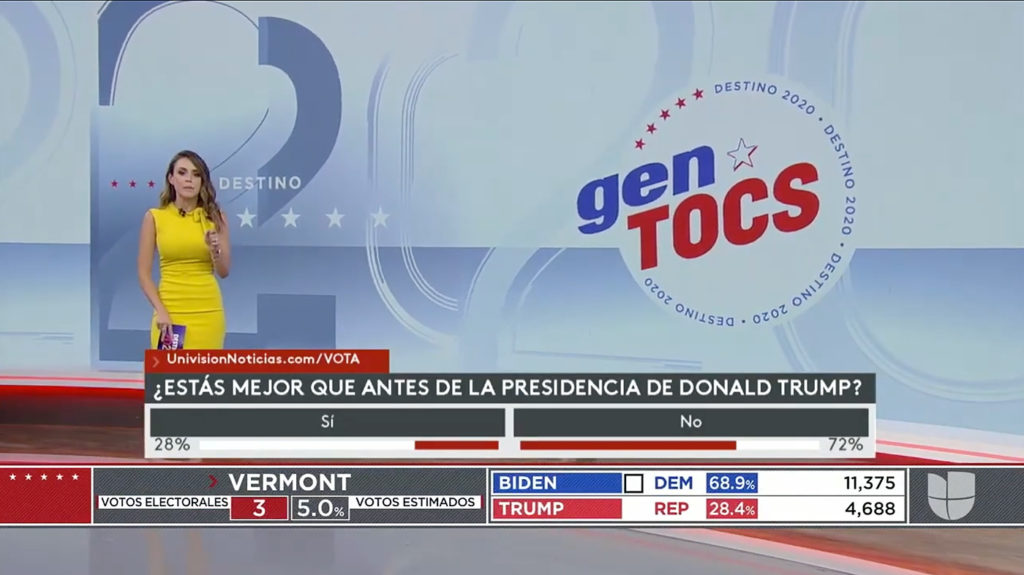 Megaphone TV works with many broadcasters for live polling, such as Hearst and Tegna at the local level and “Live with Kelly & Ryan” on the entertainment side.

Univision asked questions about life under the coronavirus pandemic and about the Trump administration and its impact on viewers.

Telemundo, meanwhile, had a special area of its newsroom-based election set for social media analysis with a touchscreen and two vertical monitors divided by political party. 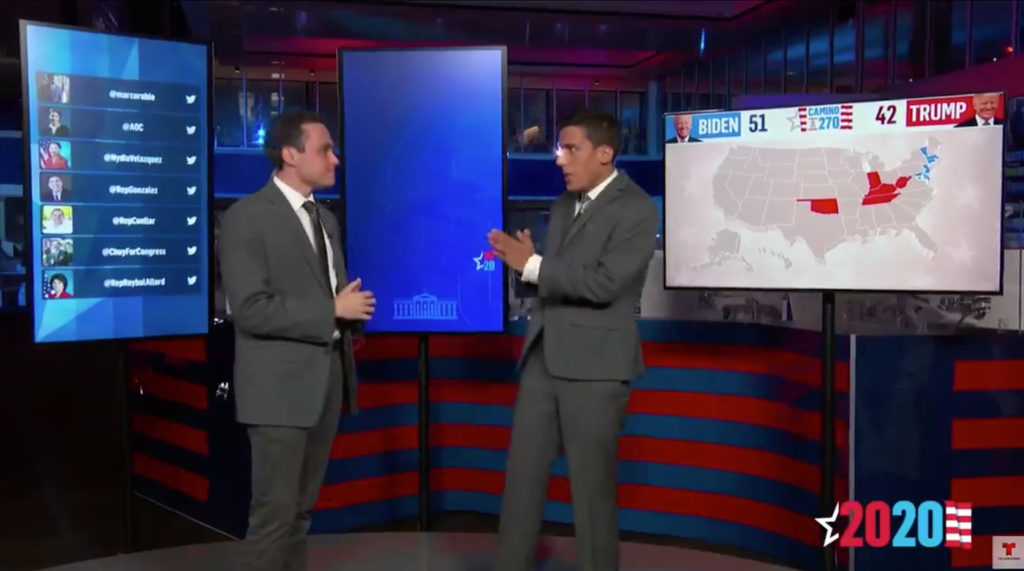 Working with Never.no, a bespoke interactive graphics app was developed on top of the company’s Bee-On content management platform for the network’s social coverage.

“This was an exciting project to be a part of! The team, alongside Telemundo’s Santiago Rompotis worked tirelessly to pull the creative together, and seamlessly integrated our content management platform, Bee-On, into the production workflow. This was a chance for us to think out of the box and deliver a whole new graphics format that sat alongside Bee-On, giving the in-studio team the ability to ingest, moderate and publish social comments to an interactive format in seconds,” said Ed Abis of Never.no.

The app created an efficient workflow to push moderated content across social channels for Telemundo’s broadcast.