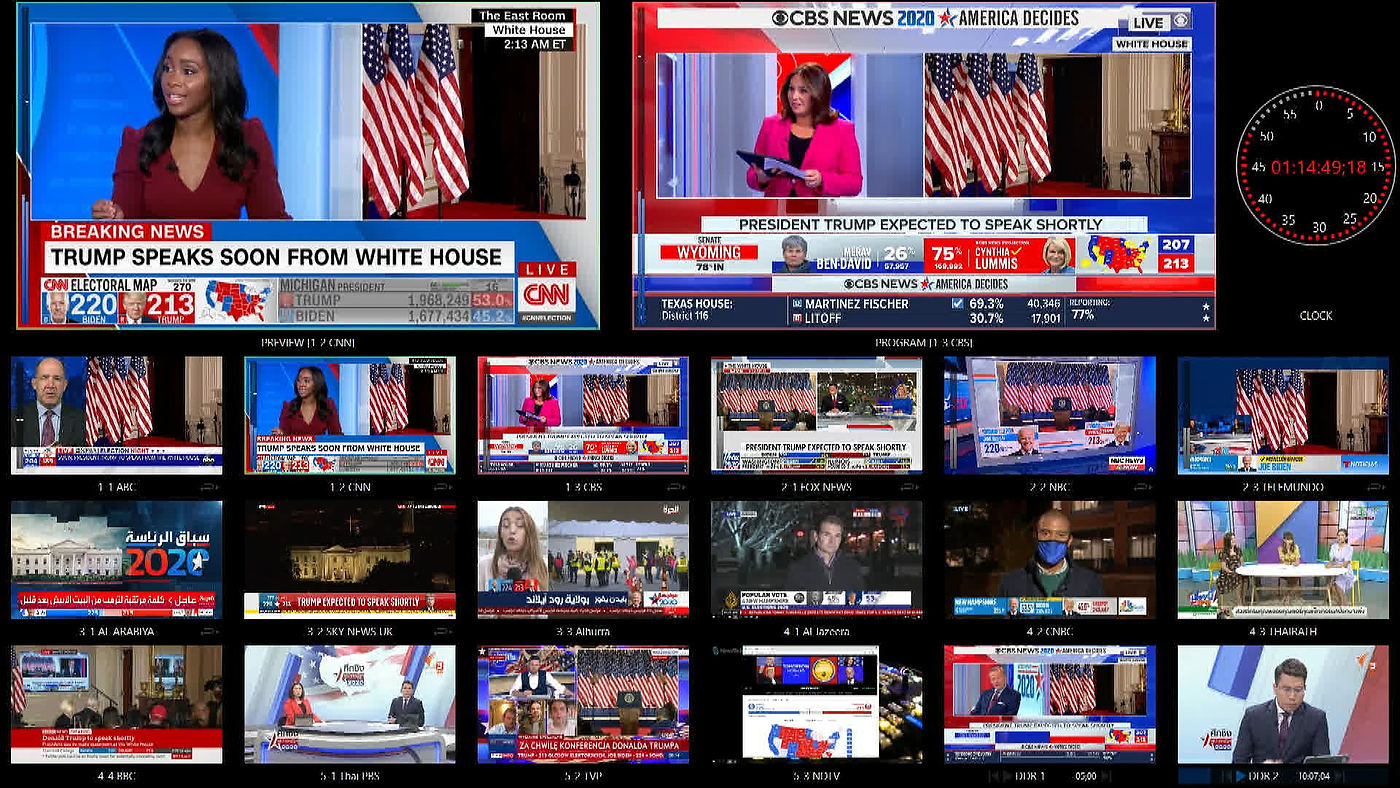 The 2020 United States presidential election has turned into a multi-day event across broadcast networks worldwide.

An estimated four billion people have tuned into coverage which has been enabled by Vizrt’s tools and graphics software.

More than 100 news stations, representing roughly 90 percent of the major broadcasters around the world, are depending on Vizrt software in their newsrooms to create graphics used during this election.

“The goal of election night is to draw in viewers by taking vast amounts of data and making it both quickly understandable and engaging in real-time,” said Petter Ole Jakobsen, co-founder of Vizrt. “It is how our brilliant customers engage their audiences and present on the fly that matters most. In essence, it is how they use Vizrt tools to tell the story as it unfolds that sets them apart from the rest.”

On display as the results rolled in were touchscreen video walls, augmented reality that allows for interactive data updates and projections, and maps that help viewers understand the data.

Nearly every national U.S. broadcaster, and more than 100 worldwide broadcasters – including media companies such as CNN, NBC, Fox, BBC, Al Jazeera, TV 2 Norway, NHK, Al Arabiya, Mediacorp, and more – made use of solutions from Vizrt on election night. Vizrt and Sky Creative Agency worked together on Sky News coverage of the U.S. elections.