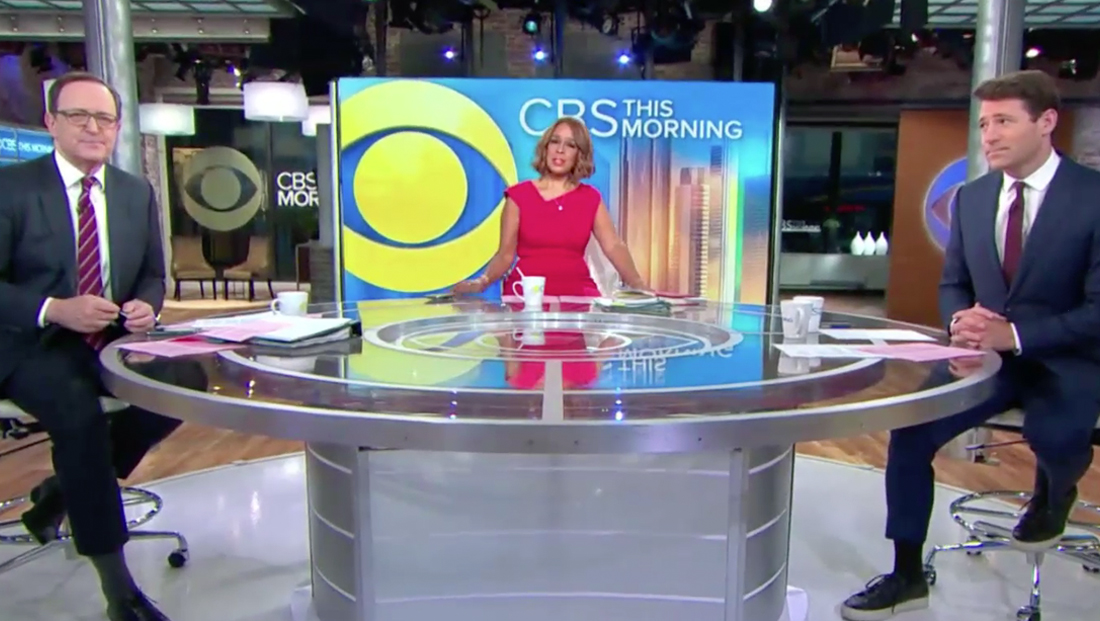 After a cliffhanger of election week coverage, the major networks slowly began to retreat to their normal broadcast setups, even as election news continues to dominate headlines.

On Monday, Nov. 9, 2020, NBC News‘ “Today” was still anchoring from the video wall area of the studio as work continued to remove the temporary set pieces added for election coverage. The show’s windows were also still boarded up for security reasons.

By Tuesday, Nov, 10, 2020, the show had relocated back to the windowed corner of Studio 1A that’s normally home base with a few changes to on set video panels.

“CBS This Morning” moved back to Studio 57  Nov. 9 at the CBS Broadcast Center after spending much of election week at the temporary election center studio CBS built inside the ViacomCBS building in Times Square.

ABC’s “Good Morning America” kicked off Nov. 9’s show with its “Your Voice. Your Vote” branding for the first portion of the headline teases — before switching to its normal look for the rest. The first floor studio the show uses in Times Square also returned to the “default” video wall graphics behind the anchor desk instead of the election themed ones used last week.

By Tuesday, the show was completely back to its normal look, though election coverage did continue both days.

“CBS Evening News” returned to Washington, D.C. Nov. 9. It had been, like “This Morning,” broadcasting from the Times Square studio for election coverage.

That same night, “ABC World News Tonight” returned to the main portion of Studio TV3 that it switched to in early September 2020. During election coverage, the show moved back to the smaller space dubbed Studio TV3B that, thanks to a large video wall, allows it to keep its look similar.

“NBC Nightly News” also returned to its primary studio Nov. 9, which also marked the first non-special edition of the show Lester Holt anchored from the space since the spring.

Holt had been mostly anchoring from home and other locations since then — along with a handful of alternative locations, including Studio 1A for convention, election and debate coverage as well as outdoor venues across the country.

Despite returning to its primary studio, however, NBC switched things up with new video wall graphics and shot blocking.

Spanish language “Noticias Telemundo” moved back to its normal studio in the NBCU facility in Miami. It had been broadcast from a sprawling newsroom set created for election coverage.