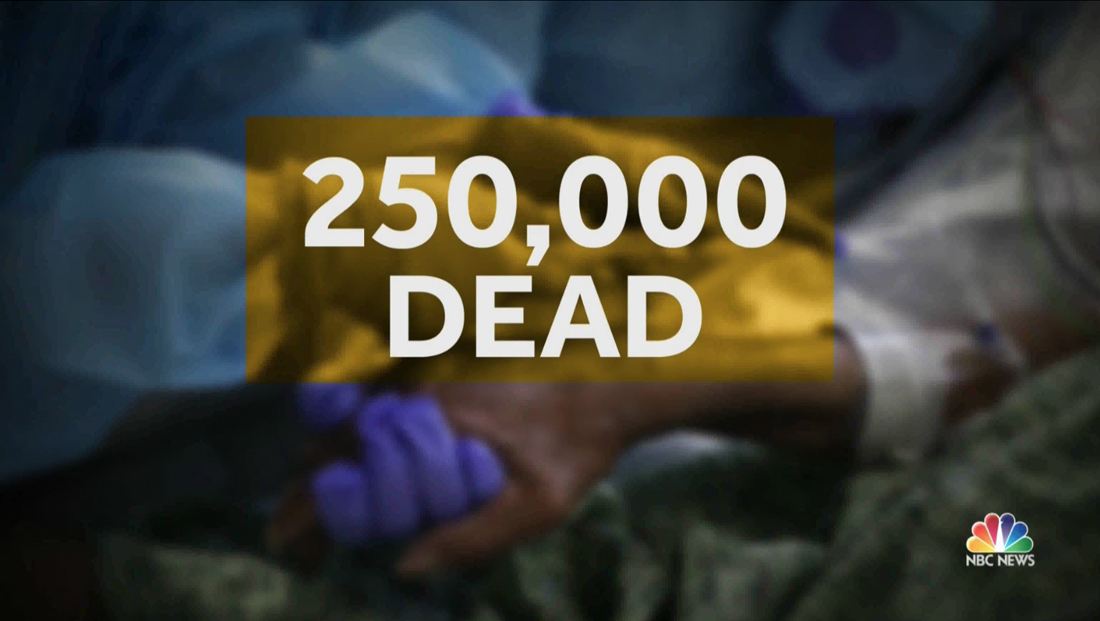 That’s a staggering toll — by comparison, even high-end figures estimate that about 60,000 people per year have died from the flu over the past decade.

On “NBC Nightly News,” anchor Lester Holt started the broadcast by saying “… there are several major developments in the COVID pandemic crisis we need to tell you about — but none bigger than this number: 250,000. The number of people who … have now died in country from the virus. Think about it: 250,000 and no amount of loss and suffering seems to be changing the trajectory.”

When Holt mentioned 250,000 the first time, the control room switched to a simple fullscreen graphic with a blurred medical theme background and bold text read “250,000 dead.”

The look was elegantly simple — likely on purpose. While Holt’s studio has no shortage of video walls, including a large two-story “tower” that could have been used to, quite literally, visual the rising death toll, NBC appears to have opted to keep the focus on the number — each of which, of course, represents a life.

At the close of “Nightly,” Holt also reflected on the number of deaths in a short video essay-style segment.

The next day, Nov. 19, 2020, on “Today,” the number was again emphasized, most prominently during the show’s headline teases along with the banner “From bad to worse.” 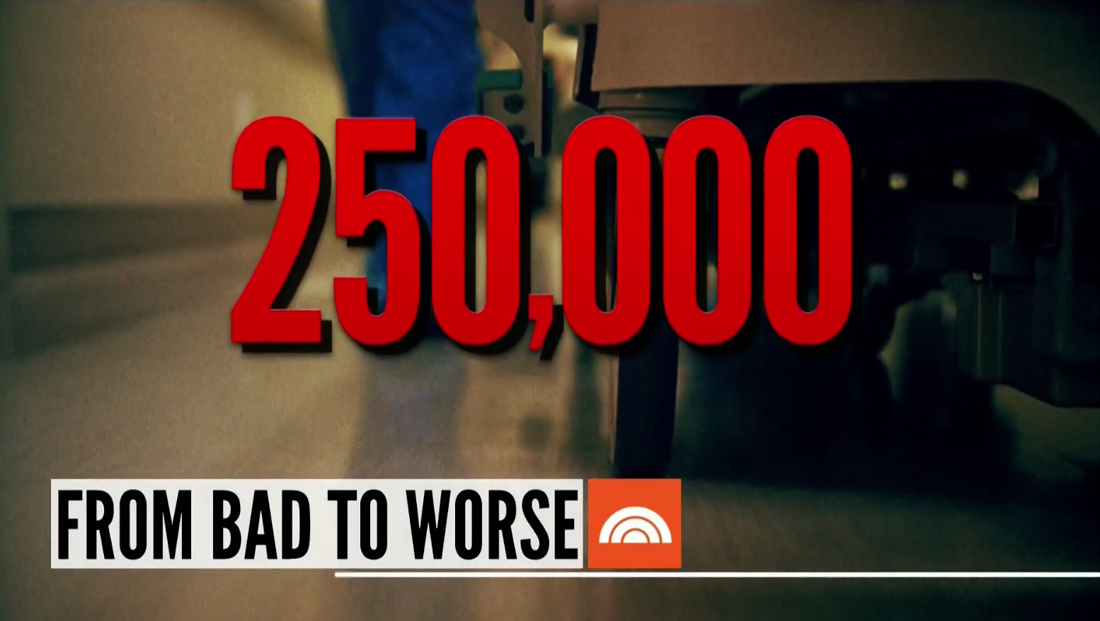 The show picked up coronavirus coverage with an emphasis on warnings from medical professionals about the dramatic rise in cases and deaths.