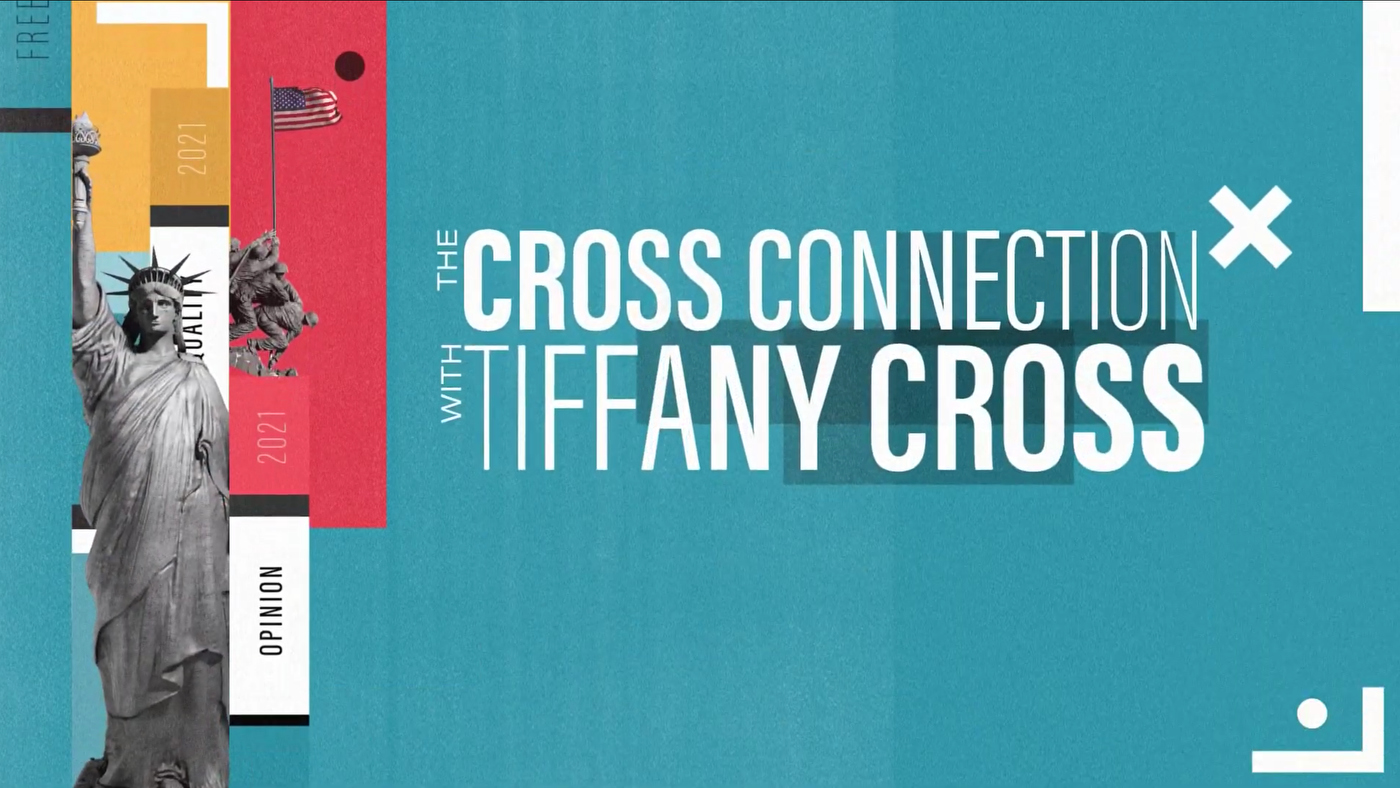 Given that the new studio at the NBC News bureau in Washington, D.C.  is packed with video wall technology, the two newest MSNBC shows that call the space home had some rather large canvases to fill with unique and branded graphics.

“Cross Connection with Tiffany Cross” debuted Dec. 12, 2020, running two hours starting at 10 a.m. eastern. It, like the “The Sunday Show with Jonathan Capehart,” replace “AM Joy.”

For “Cross Connection,” MSNBC went with a colorful palette of coral and light blues, complemented with yellow, violet and black and white elements along with animations that feel a bit like stop-action photography — purposefully “jumpy” or “choppy.”

The show’s open starts with a statue of blind justice, before mixing in images of Black Lives Matter protests, candid shots of host Cross, the Statue of Liberty and Washington, D.C. landmarks. 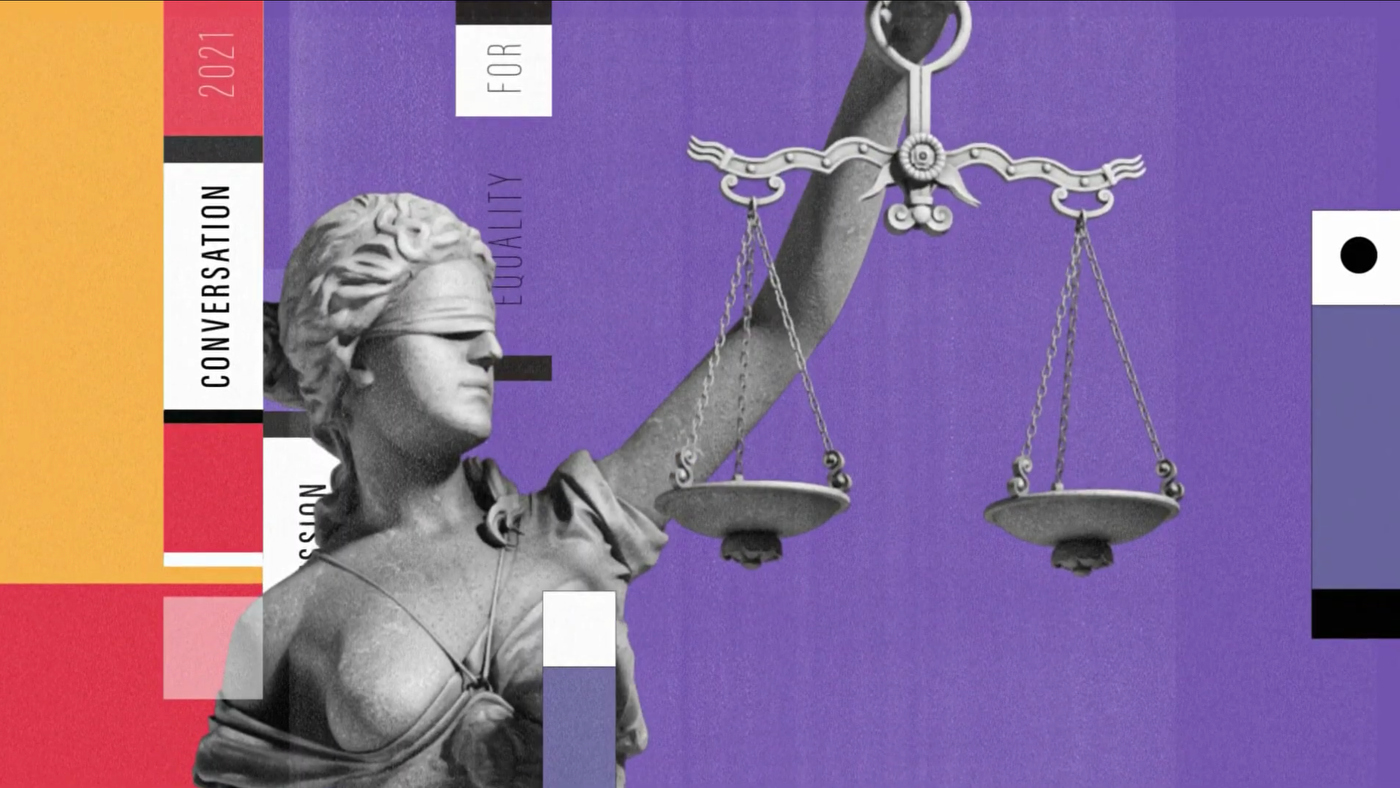 Accents include typography with words and phrases such as “discussion,” “freedom of speech” and “interview” along with Cross’ last name.

The open, and the in-show graphics, also include L-shaped “corner” elements and an interpretation of “cross” that mirrors a lowercase letter “x” and the multiplication symbol (“×”), which conveniently avoids any overt religious connotations and suggests the idea of the exchange of ideas and dialog as well as, perhaps, a nod to “Generation X.” 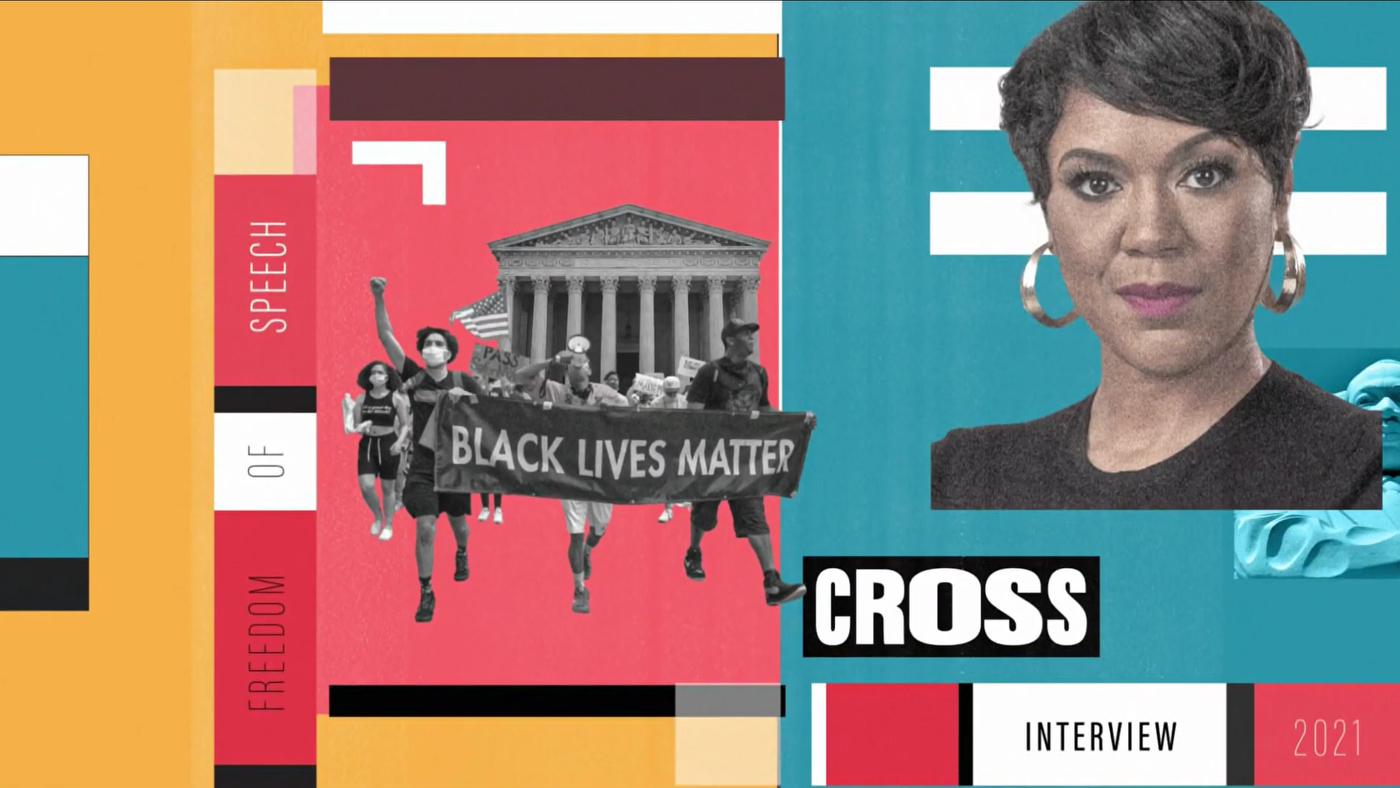 Both the imagery and typographic elements are combined in both vertical and horizontal groupings accented with thick dividers along with thinner box outlines.

The open ends with a vertical stack of graphical and geometric elements along the left side with a large field of blue and the show’s logotype to the right.

That logotype includes “Cross Connection” in a condensed all caps sans serif on one line and “Tiffany Cross” below it. The word “The” is set in small type and rotated 90 degrees counterclockwise and placed just before “Cross” on the first deck, while “with” receives the same treatment on the second line.

Lettering on the first line starts bolder and gradually become thinner as it moves toward the right. The opposite weight shift is used for the line of text below, an approach to typography that continues in other on set and full-screen graphics. 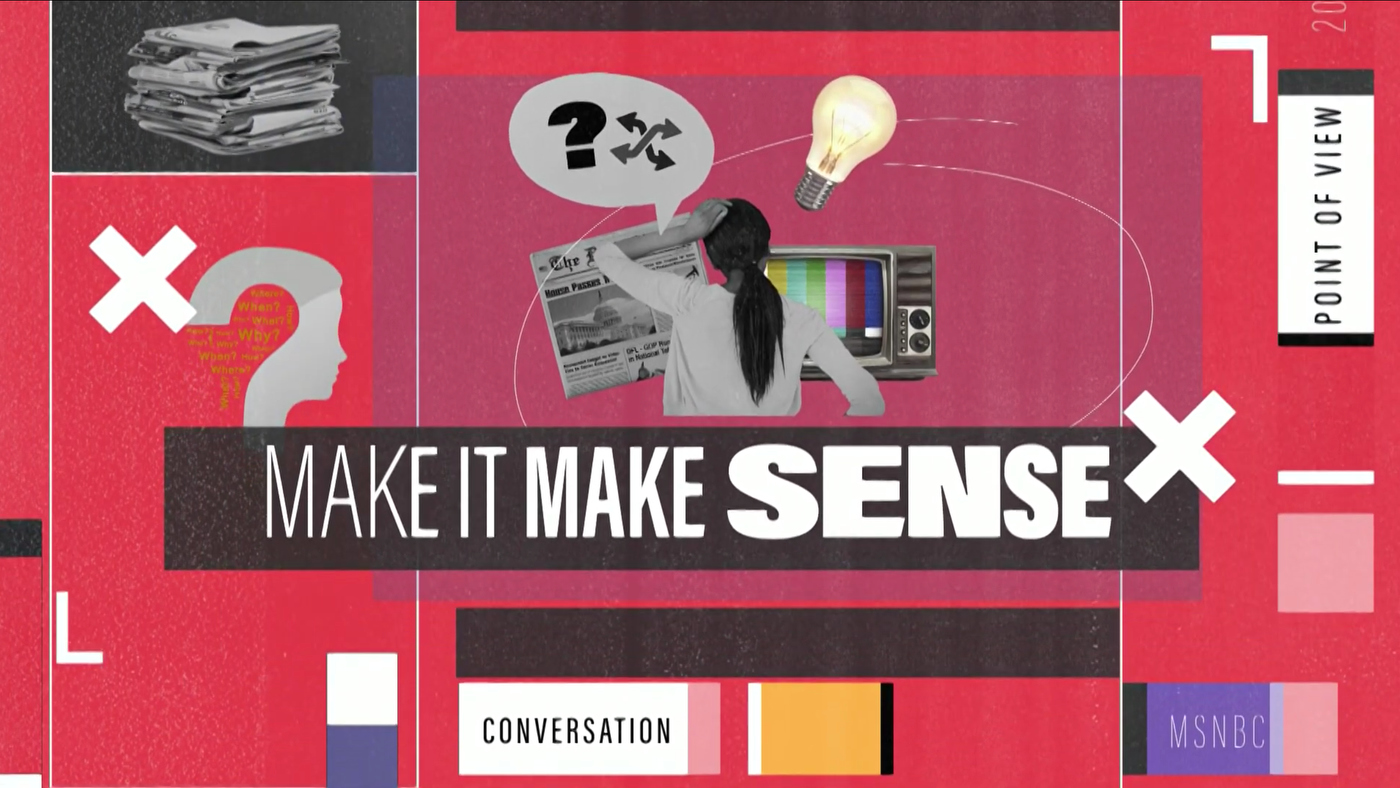 For example, segment titles such as “Make It Make Sense” and “Who Got Next” change weight as they progress across the screen, with the added effect of also becoming both significantly bolder as well as wider — before the last few letters start becoming narrower again.

Many of these graphic elements find themselves onto the large video walls that wrap around one area of the studio that Cross used in the opening segment.

These segment titles also show up as OTS elements behind Cross.

Cross’ show noticeably doesn’t include the near-constant used lower third headline banners like most cable news shows do, but when they do appear they follow the basic footprint of most MSNBC lower thirds but incorporate the blue shade with a thick black outline on the top and right side.