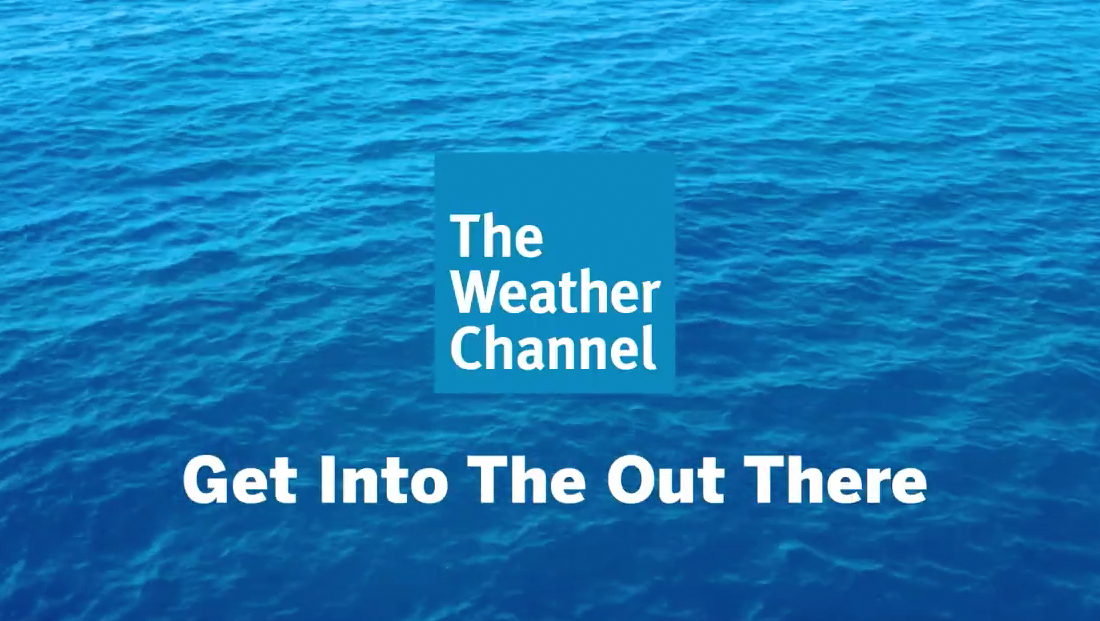 The Weather Channel has debuted a new brand campaign that’s a bit of a mouthful and brain twister.

The campaign revolves around the tagline “Get Into The Out There” and includes two initial spots designed to “encourage viewers to feel invigorated and compelled to check out the weather and how it influences the small, daily moments of our lives,” according to an announcement from the network.

In addition to showcasing The Weather Channel as a key source of severe weather coverage, the statement mentions that one goal of the campaign is to make the network “a destination where all can experience new perspectives to appreciate the beauty of Mother Nature.”

“This campaign explores and celebrates those who already have a strong appreciation for the weather that impacts our daily lives, and encourages others to uncover the special connection they have to the weather,” the statement adds.

The new campaign is replacing the “It’s Amazing Out There” branding — and also takes on a slower-paced format than viewers may be used to seeing coming previous Weather Channel promos (or weather promos in general).

The spots themselves feature a casual male announcer named Maury Loeb blended in with natural sounds of the ocean, rain and other weather — giving them a relaxing feel almost like a Calm commercial.

In the “Cloud” promo, he asks viewers to find a cloud in a view of cloudless sky and ocean — before revealing the “cloud” is actually in the water, but just hasn’t been formed yet (sort of like those “how many legs are there in the room?” Facebook posts that go around).

The “Airplane” version features a poetic outline about how “he” loves observing and thinking about weather and, more specifically, watching the weather outside an airplane window rather than watching a movie.

Both spots end with the tagline and the announcer saying the network name and were produced by agency Ten6.

The brand tagline, at least on its surface, is a bit confusing — it is encouraging viewers to “get into” the “out”doors.

However, it’s fairly easy to determine that “get into” is just a different way of phrasing “go outside and explore.”

It’s also possible to interpret “get into” as a shorthand for “become interested in.”

Either way, while the tagline ultimately and technically makes sense, it could be questioned why it takes that much thought to arrive there.

The wording is also a bit clunky and doesn’t quite roll off the tongue as a slogan should.

That said, the approach is certainly unique and the network’s statement indicates that’s at least part of the goal.

In fact, with a slogan that takes a bit of thought and the slow pace of the promos themselves, the components could end up encouraging deeper investment in the promo and tagline and, ultimately, the brand.