‘Celebrity Wheel of Fortune’ rolls into primetime with golden updates 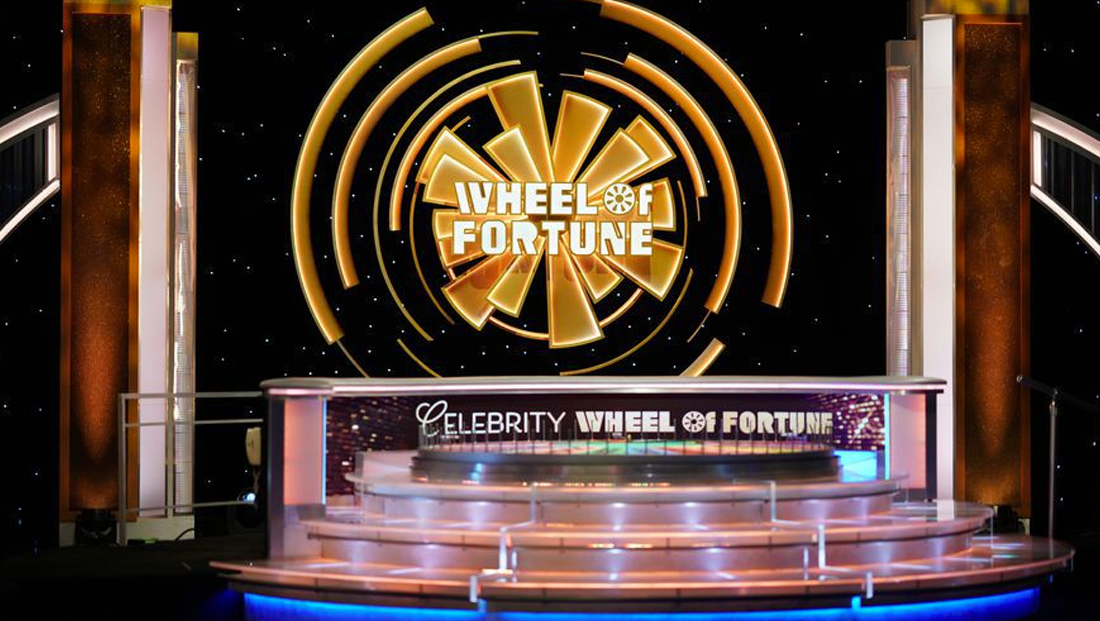 For the first time ever, Sony’s “Wheel of Fortune” offered a primetime, network special featuring celebrity players as part of a new “Winter Fun & Games” block introduced by ABC in January 2021.

The show, which aired on ABC affiliates nationally, is separate from the syndicated version featuring non-celebrity players that appears on different stations from market to market.

The show continued to be produced from Stage 11 at the Sony Pictures Studios in Culver City, California, using the same hosts and key production crew, but did update the set, music and graphics for the occasion:

Other shows in the winter game show block on ABC include “The Hustler” and “The Chase.”

(In related news, “Wheel” distributor CBS Television Distribution has changed its name to “CBS Media Ventures.” However, since the ABC celeb version was not syndicated, the CBS division was not directly involved, though the show was produced, as normal, by Sony Pictures Television.)

“Wheel” typically tapes shows out of order, unlike its sister show “Jeopardy!” because it doesn’t rely on “returning champions.”

This means that the production team tries to “consolidate” tapings that require certain major set pieces or backdrops.

For example, in the past, the show has taped its Halloween and Christmas week episodes back to back to take advantage of a large house facade brought into the studio — without having to disassemble and reassemble it.

For Halloween it’s a haunted house, but gets redressed as a wintery home front for holiday episodes (with a redress much simpler to undertake than a complete set change).

Like many daily game shows, “Wheel” typically tapes five episodes per day two days a week, so it’s able to quickly get ahead of the broadcast schedule to the point where the order episodes are taped doesn’t always matter.