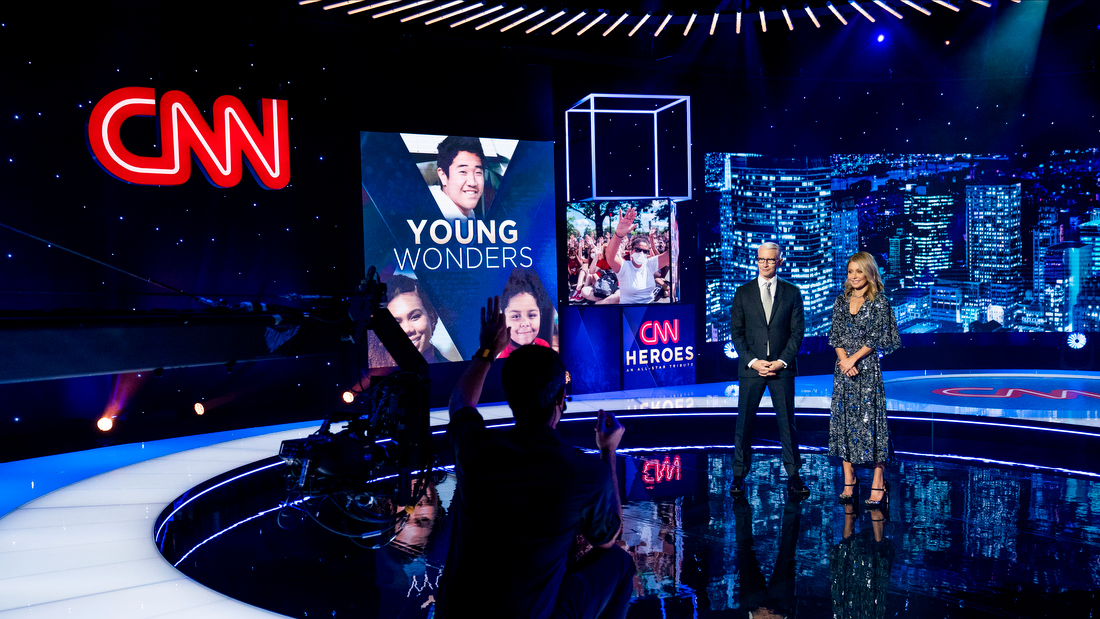 CNN’s annual celebration of people changing the world was reimagined for its latest installment, marking 14 years of the awards gala and broadcast.

“CNN Heroes” has called the American Museum of Natural History in New York home for many years, previously coming from the Kodak Theatre in Los Angeles.

That setting, with the imposing blue whale model hanging overhead in the Hall of Ocean Life, provided a wide-open canvas for the event which would typically have hundreds of guests, a custom stage area and an LED display.

However, due to the impact of the coronavirus pandemic, the event had to rethink many pieces of its broadcast for 2020. The latest edition relocated the broadcast to CNN’s headquarters at Hudson Yards, borrowing Studio 19X.

“While we had no idea then exactly how things might unfold this year, it was pretty clear we very likely would not be able to gather hundreds of people together under the big whale,” said Mark Doctrow, executive producer for “CNN Heroes.”

“The pandemic forced us to rethink everything from how we produce our stories to who and what this year’s segments would focus on. Our show, which traditionally celebrates everyday people making a difference, focused solely on the amazing people and extraordinary acts behind this year’s biggest stories: the fight against the coronavirus and the battle for racial equity and social justice.” 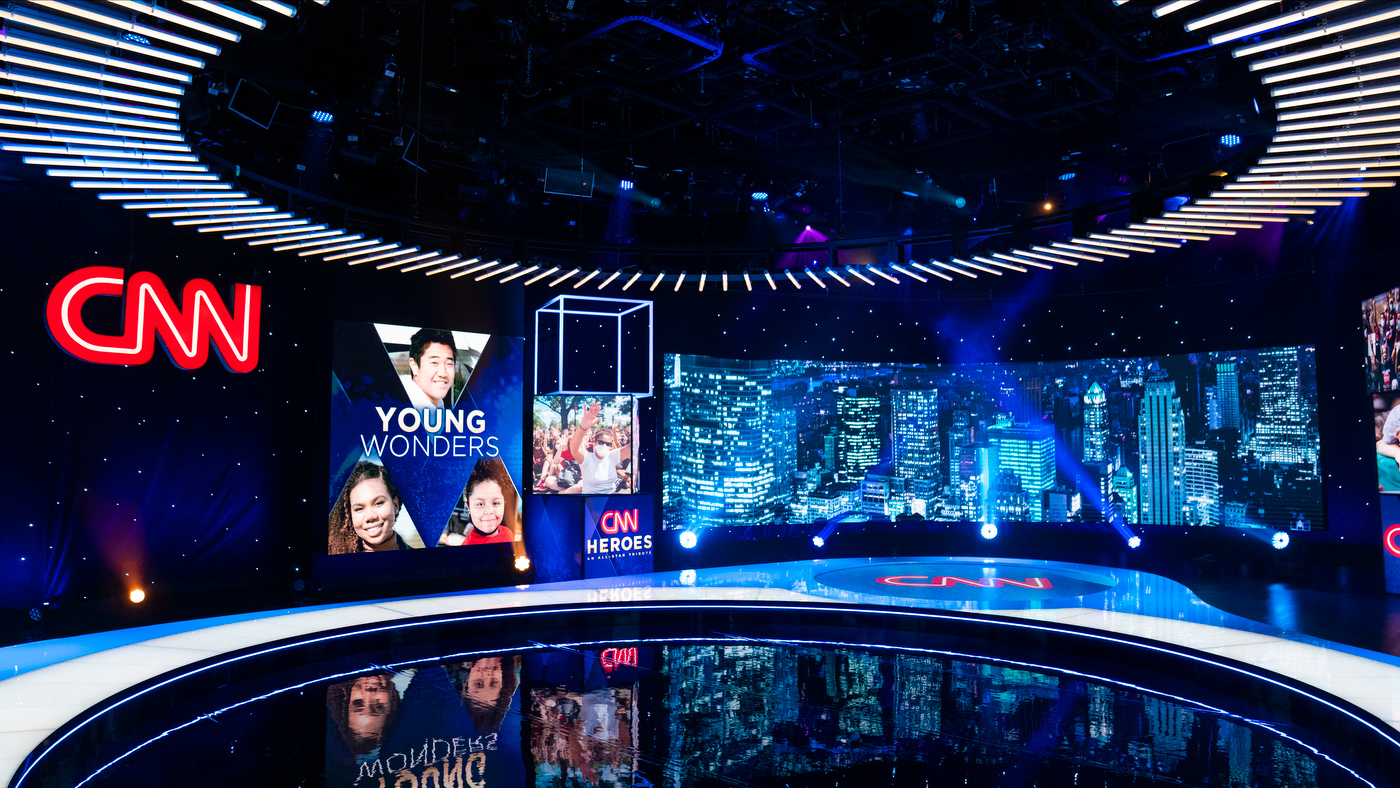 The “CNN Heroes” production design for 2020.

Working with longtime partners Clickspring Design and The Lighting Design Group, Studio 19X was transformed into a space that would allow for a distinct broadcast capable of bringing in remote guests.

“The design challenge for this year’s event was the same one everyone’s been dealing with all year: adapt,” said Emmett Aiello, VP of Design at Clickspring Design.

“We wanted to incorporate familiar elements from our annual set, but also breathe new life into the designs with fresh new set pieces, and take full advantage of the technology available to us in a state-of-the-art television studio,” said Doctrow.

“We pitched the CNN team on thinking of this year’s event not as an abbreviation of what we normally do scenically, but something new. We suggested that the usual theater-style format, with talent facing the audience and the set behind them, be restaged as a 360-degree, environmental space that Anderson Cooper and Kelly Ripa would move through as they tell this year’s stories,” noted Aiello.

Using the circular, floor LED display in Studio 19X, a glowing runway was added for the hosts along with a variety of new LED screens, including some following the cube motif from past years’ “Heroes” events.

Aiello adds these cubes formed tableaus for different show segments and were “refurbished to include LED video, allowing them to come to life for remote interviews with guests like Anthony Fauci.” 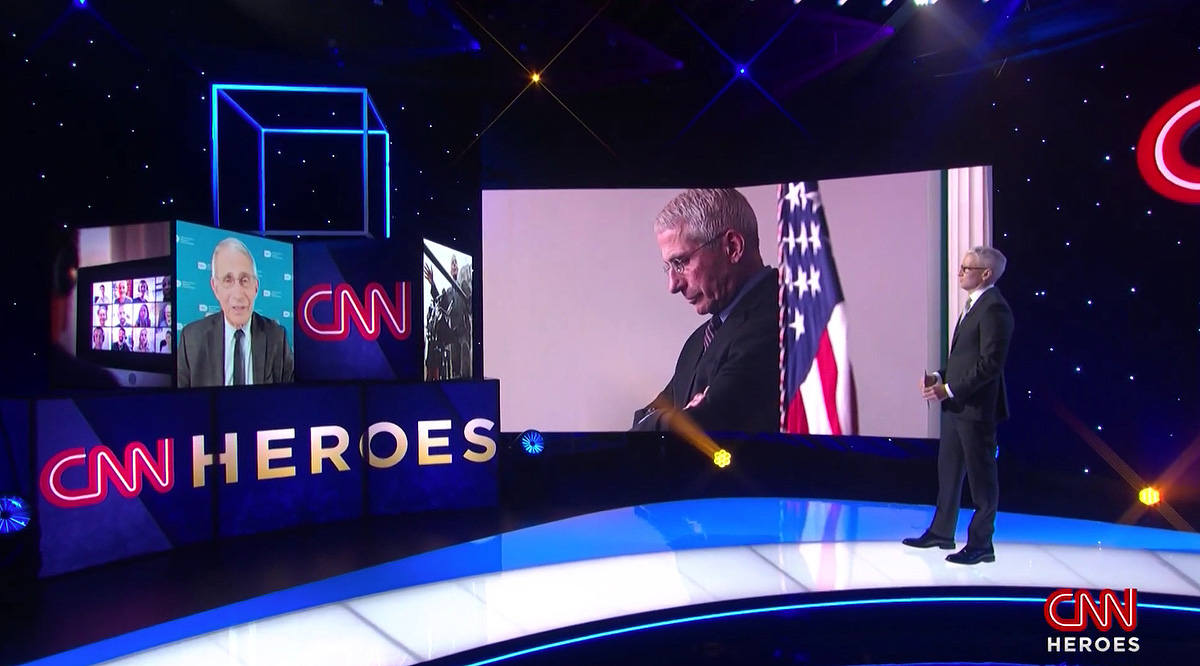 “The context of the space was dark and atmospheric, letting the talent and video push forward visually, with light beams and lens flares accenting the space in between,” said Aiello.

Along with showing a variety of pre-produced packages for the honorees, “CNN Heroes” also featured live remove interviews, with the entire broadcast following COVID-19 protocols for production. 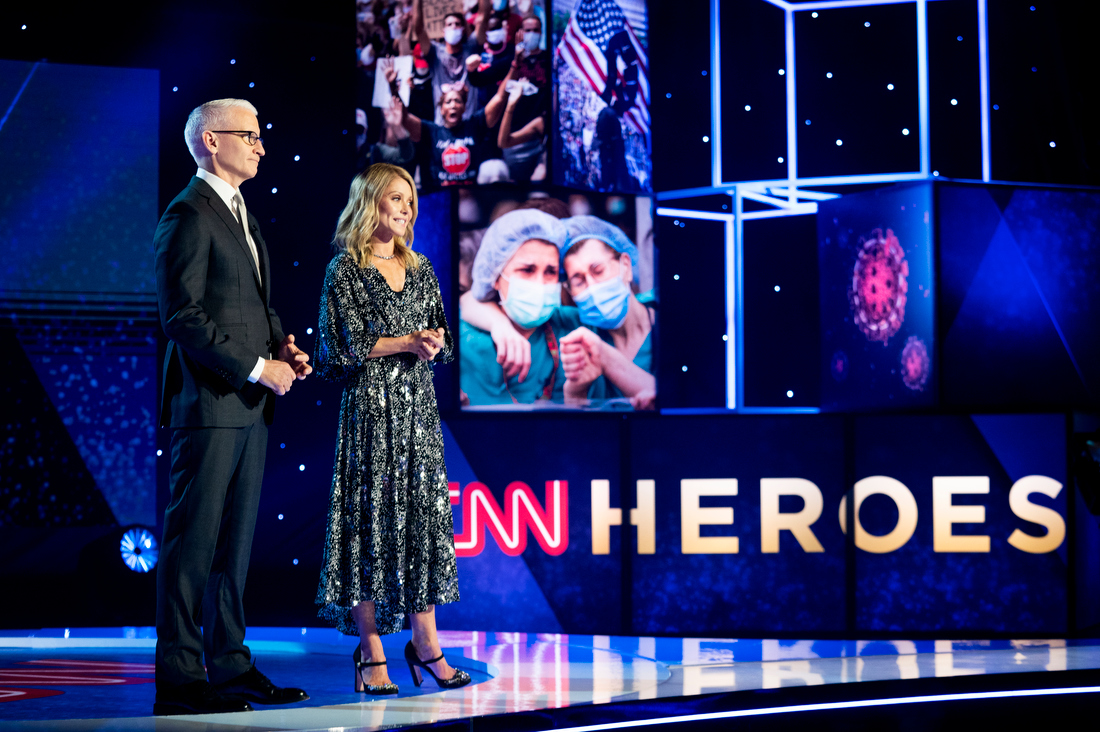 “Adhering to strict safety protocols to produce the show was an enormous challenge, but well worth the efforts. Our celebrity presenters were all shot remotely. Our story subjects were either interviewed in person from a safe distance or via Webex remotely… And very fortunately, our co-hosts Anderson and Kelly happen to be in each other’s real-life Covid bubbles, so they were allowed to be together onstage to host our show without the awkward distance between talent on so many other programs produced this year” said Doctrow.

“We have a long-standing, highly collaborative relationship with CNN; the mutual trust between both groups empowers us to take risks and follow instinct. And, needless to say, it’s easier to be bold when you have great people on the team,” said Aiello.