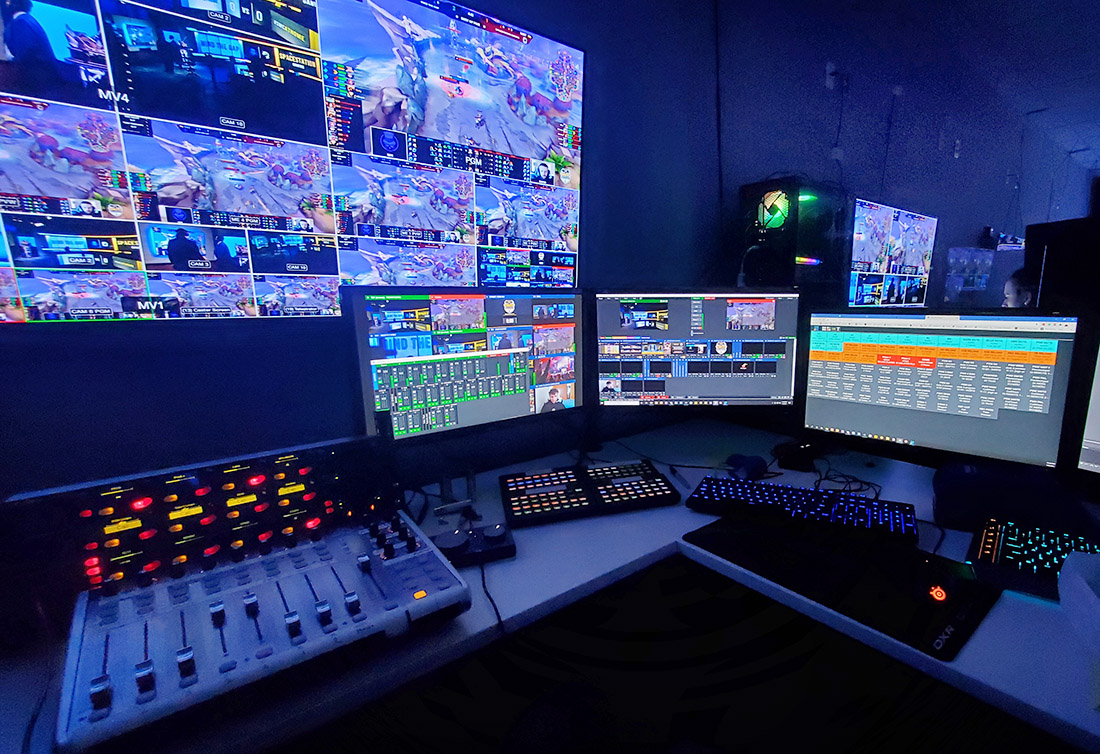 Game developer Hi-Rez has invested in an upgraded esports arena and broadcast facility in Atlanta suburb Alpharetta that features a complete mix of Clear-Com solutions for broadcast communications.

Hi-Rez is the publisher of game titles such as “Rogue Company” and “Tribes: Ascend.”

The Hi-Rez Studios is designed for a demanding schedule of up to six league tournaments per week all varying in size, scope, and communications needs.

A production crew for these events would include all of the positions you’d expect, including technical directors, replay operators, producers, etc., each needing a communication link to each other. At Hi-Rez Studios, Clear-Com’s HelixNet intercom system is providing multiple lines of IP connection.

“We’re on anywhere from five to six days a week, with broadcasts lasting up to eight hours at a time, and we’re only continuing to grow,” said Dylen Roberts, lead broadcast engineer at Hi-Rez Studios. 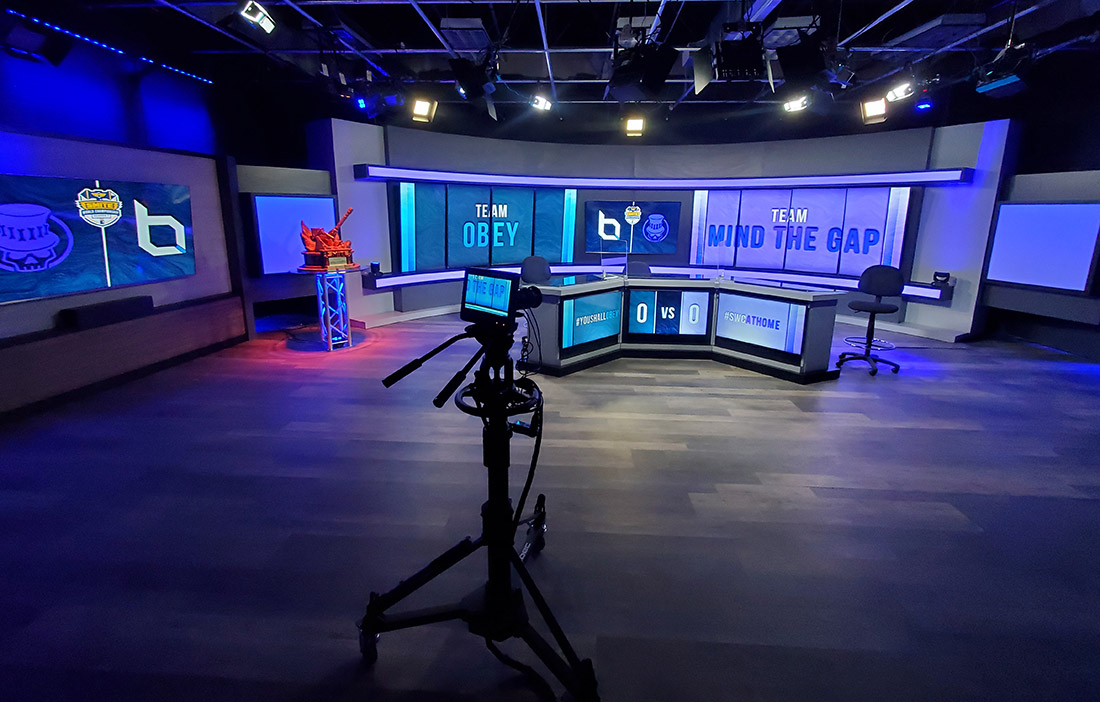 The new set at Hi-Rez studios from Erector Sets.

“It’s one-stop shopping. It’s great not having to route 15 different things through multiple sources. For example, our audio operator can mix audio through the program feed without having to change headsets. Our production crews can talk to the talent without having to run a different IP system. All the different functions are easy to use and everything coming through the systems is clean and has almost no latency,” said Roberts.

Due to COVID-19, Hi-Rez has also utilized remote production including moving their tournaments option.

In this instance, HelixNet matrix was able to provide a wireless connection for the crews.

“That’s where the modular design of these systems really comes into play,” said Roberts. “As we grow and face unanticipated hurdles, the system is scalable and easy to change and expand.”

Multiple LQ units extend the capabilities and intercom channels of the HelixNet system by interfacing with remote personnel who have downloaded the Agent-IC mobile app, working over cellular or Wi-Fi connections.

“As we grow and face unanticipated hurdles, the system is scalable and easy to change and expand.”